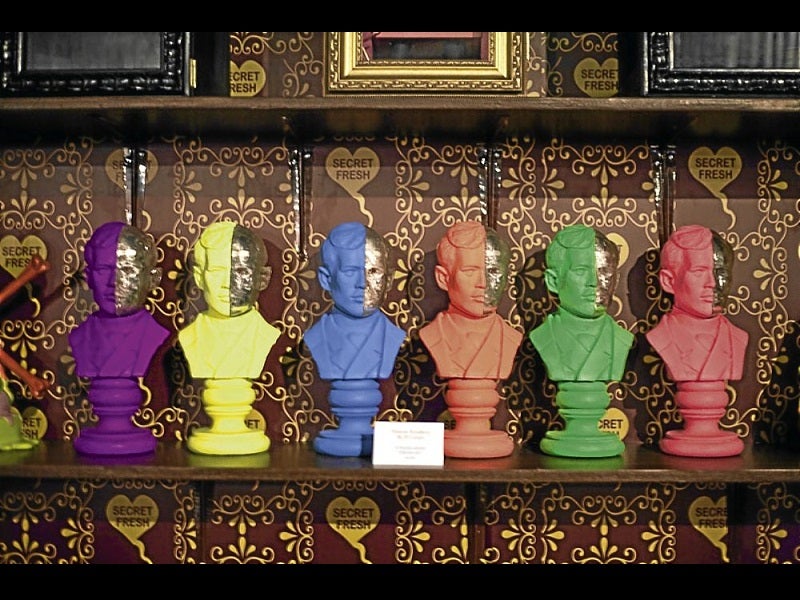 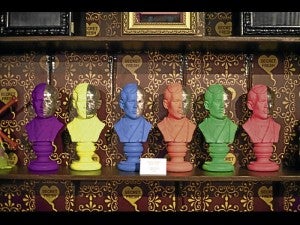 I made my first art purchase on a whim. I was browsing through Facebook, when my friend JP Cuison posted a picture of his limited edition “Rizalborg” silkscreen. He was hawking it for P500. Being a huge Rizal fanatic, I quickly snapped one up.

Perhaps it was a stroke of beginner’s luck, because “Rizalborg” received a lot of attention. It became the cover of the Sunday Inquirer Magazine and was shown alongside classical Rizal portraits, for the “Rizalizing the Future” exhibit at the Yuchengco Museum.

JP Cuison told me the artwork fetched P10,000 at his solo show early this year. That’s an almost 2,000 percent jump in value.

Before making the purchase, I never imagined that anyone as young as I was could buy art. To me, it was reserved for people who lived in mansions, played polo, and were featured in the society pages. But the art of the “now” is readily available for anyone willing to explore, discover, and fall in love. The best time to do that is when you’re young.

I wish I started collecting art during my college days, when I received an allowance from my parents. When I was a student, it was easier to set aside a little money for luxuries like gadgets or shoes. That money could have gone into artworks I could have cherished and invested in, which are likely to appreciate over time.

That’s why during ManilArt 2011, I had my eye open for things that young people would be interested in. Along with artworks, I jotted down things I learned that could come in handy for budding art collectors. 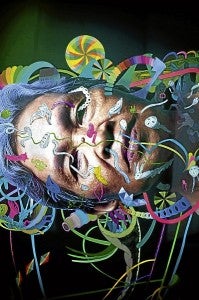 Art is no longer confined to a frame. It comes in many forms, shapes, and sizes. Most young artists like experimenting with new ways of expressing themselves. Take Leeroy New’s “Terrorium Series,” fiberglass sculptures that house a mix of tiny toys and colorful objects. More traditional art collectors tend to give this the raised eyebrow reaction, but it speaks to young people and their sense of humor.

2. If you’re not ready to buy a painting or a sculpture, buy an art toy.

According to JP Cuison, art toys are “displayable” figurines usually based from existing art. It comes in limited edition series, in 15s, 20s, or 50s. It carries the artist’s stamp, but for 1/10th the price of the same artist’s painting. Aside from an interesting conversation piece, it makes a great entry point for art collecting.

For instance, you can buy this ice cream toy by graffiti artist, Whoop, entitled “Mr. Brain Freeze.” It took inspiration from the artist’s childhood. Growing up, his family hit a rough patch financially. The extent of their woes dawned upon the artist, the day the ice cream man came and they were the only kids who couldn’t buy a cold treat.

3. If you’re not ready to by an art toy, you can buy an art book or a postcard.

In this year’s ManilArt, there were prints and art books for sale. There was one by the artists’ collective known as, “The Dept. of Avant-Garde Clichés.” It looks like a coloring book for adults, but when you look at each page, you’ll find some interesting themes from many different artists, including Manuel Ocampo, Katwo Puertollano, and Epjey Pacheco. You can frame the prints or just put it in your room for your friends to leaf through.

4. Snap up works of young artists.

Paintings and other works of art gain value as the artist becomes more sought-after. Young artists’ works are more affordable. They are also easier to approach, so let them know you like the work and ask about it.  I met artist Bjorn Calleja, whose “Color Bringer” paintings and art toys captured my fascination. The “Color Bringer” creature is a frightening sight, but 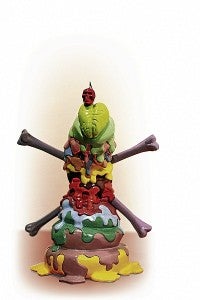 he told what it signifies. It represents artists and how they seek to bring rainbows of imagination back into a world filled with greed and darkness.

5. Talk to the gallery managers.

If you like a piece of art, take time to admire it. If it draws you in and leaves you with questions, don’t be afraid to ask the gallery manager about it. If they do their job well, they will want to say something that helps deepen that connection. Art should spark discussion. Gallery managers sometimes offer friendly prices and they can create payment schemes to make purchasing easier.

I spoke to the Secret Fresh gallery manager, Lena Cobangbang, and asked her insights on ManilArt 2011. According to her, the Manila art scene is in full throttle.

“Young people revolutionize the art scene, especially those with access to technology,” Cobangbang said. “They know how to spread the news through social networking and blogging. It’s just right that they be the voice for their own generation. If we’re going to have more young artists, young people should be the ones collection, because they can relate to these kind of art.” I can’t help but nod in agreement.