Cardinal Tagle: The eyes of the Vatican are on us | Inquirer Lifestyle 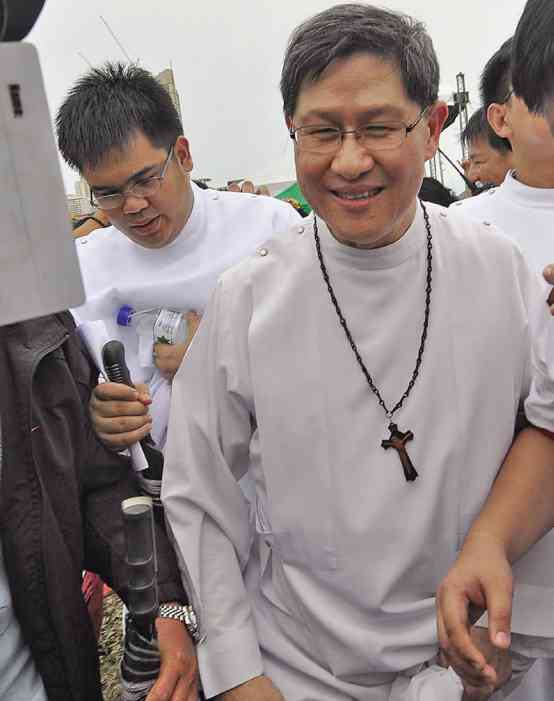 Cardinal Tagle: The eyes of the Vatican are on us

Manila Archbishop Luis Antonio G. Cardinal Tagle said, “The eyes of the Vatican are on us,” not to police but to see what happens in the Philippine Conference on New Evangelization (PCNE) that he has organized on Oct. 16-18 at the University of Santo Tomas.

Tagle added that the Vatican Office of the New Evangelization and the Synod of Bishops knows that the conference is happening and is eager to know what the Philippine Church can contribute to the experience and clarification of the new evangelization.

The Cardinal said that one of the heads of the offices might attend the conference to experience the Philippines’ attempt at new evangelization.

The PCNE being convened by the Cardinal will feature in its three-day program hundreds of simultaneous talks involving speakers and facilitators who are experts in various Church topics and concerns. It is the grand climax of the celebration of the Year of Faith in the Archdiocese of Manila.

There will also be participants from Asia. Cardinal Tagle said that the Church in the Philippines has always been reminded of her missionary role in Asia and he issued invitations to Asian churches that need a congress but which do not have the human or material resources to organize one. He said that all the priests and bishops of Brunei will attend.

There will also be delegates from Taiwan, Vietnam and Myanmar.

“I think they will be overwhelmed when they see thousands of people moving from one place to another, and seeing symbols of faith, hearing stories of faith, it will really empower them,” the Cardinal said.

The call for the new evangelization is the Church’s response to the signs of the times, the Cardinal said. The 21st century world with all its contradictions and brokenness can provide the opportunity for mission, he said.

“It is this broken world which remains God’s world that also opens for us opportunities for evangelization. And the challenge is not just to focus on the negative or the shadows found in the world but also to the opportunities for mission,” the Cardinal said.

The schedule of activities for the three-day conference is posted on its website.