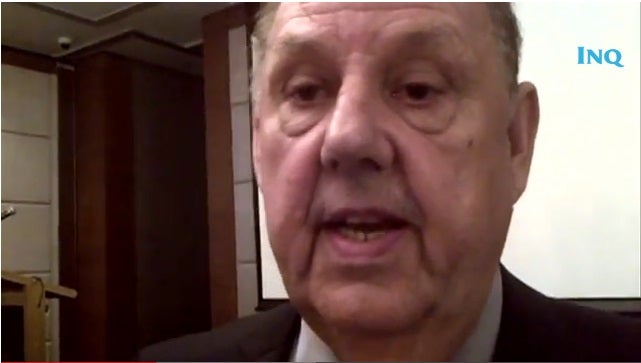 MANILA, Philippines — In this age of digital games such as Angry Birds, Plants vs Zombies, and Candy Crush, do traditional toys still have a place in people’s lives?

“Electronic toys are a pre-produced world which can be played without any fantasy, without any experiences, you’re just counting scores,” he told reporters during the sidelines of the promotional tour for Spielwarenmesse 2014 to be held in Nuremburg, Germany.

“But if you are talking about traditional toys, these are instruments for creativity, children are forming their own world and they understand one toy quite differently from each other. If you were watching three children with the same toys, they will play differently,” he said.

Hans Axthelm, managing director and CEO of HANSA Toy International Inc. which has its headquarters in Clark, Pampanga, pointed out that the market share of digital toys worldwide was actually shrinking and there is a resurgence in the traditional toys market.

“If you really study the figures, you’ll find that that sector has been shrinking on the world market, it is not expanding,” Axthelm said citing the commercial success of international toy making companies Lego, Mattel, and Hasbro.

Kick noted that the value of the traditional toy market worldwide was $90 billion annually and is still growing 3 percent per year. The United States made up the largest market with 25 percent of the world market share followed closely by Europe with 22 percent.

The Asian market has 16-17 percent market share but was growing fast. Mainland China grew by 5 percent annually while Brazil in Latin America was growing 7 percent per year as well, he added.

Axthelm said that the figures “show the huge resurgence in the basic toys [market] right around the world.”

HANSA has been manufacturing plush toys in the Philippines for export since 1994.

“The Philippines was chosen because of its great source of artistic talent and an eye for detail which we believe to be the best in Asia, and with high general education standards, most of the workforce are bilingual, eliminating the communications barrier,” it said on their website.

When asked what advantages traditional toys have over digital toys, Axthelm said each should be “viewed in its own sphere.”

“There are some people here who enjoy the digital and there are a lot of parents who want to see their children with conventional toys because it is more mind exploring, it is felt to be more educational in the long run and more creative,” he said.

Kick said he views these two types of toys as “parallel worlds” but “creativity is stimulated by traditional toys much more than electronic toys.”

“Electronic toys are consuming toys, you consume what has been prepared in the game, you only get slightly challenged to get the next score,” he said.

“[But] when you are looking at a traditional toy and you see how the fantasy of the child is growing, she is creating her own world, one child is playing Lego building a house the other one building an airplane the next one is making a landscape,” Kick said.

Parents in the western world prefer to buy only traditional toys for their children because these help kids become inspired to be creative and imaginative in playing unlike digital games which only keep urging them to get a higher score.

“It’s not important to have a higher score than my friend in school or in class, maybe it’s something like getting a better reputation but it will not help you in life,” Kick said.

The advancement in technology and digital gadgets with games however cannot be stopped but this will not create a shift from traditional toys to digital toys, he said.

“The digital [toys sector] is also supporting the business world, so it’s very important that our children are getting in touch with all these technologies,” Kick pointed out.

“[Digital toys] will not substitute classical toys, there will be parallel worlds. We will have a classical toy world where kids can live their own life and get their own experiences and we will have the technical toys which are supporting them and training them on life,” he added.