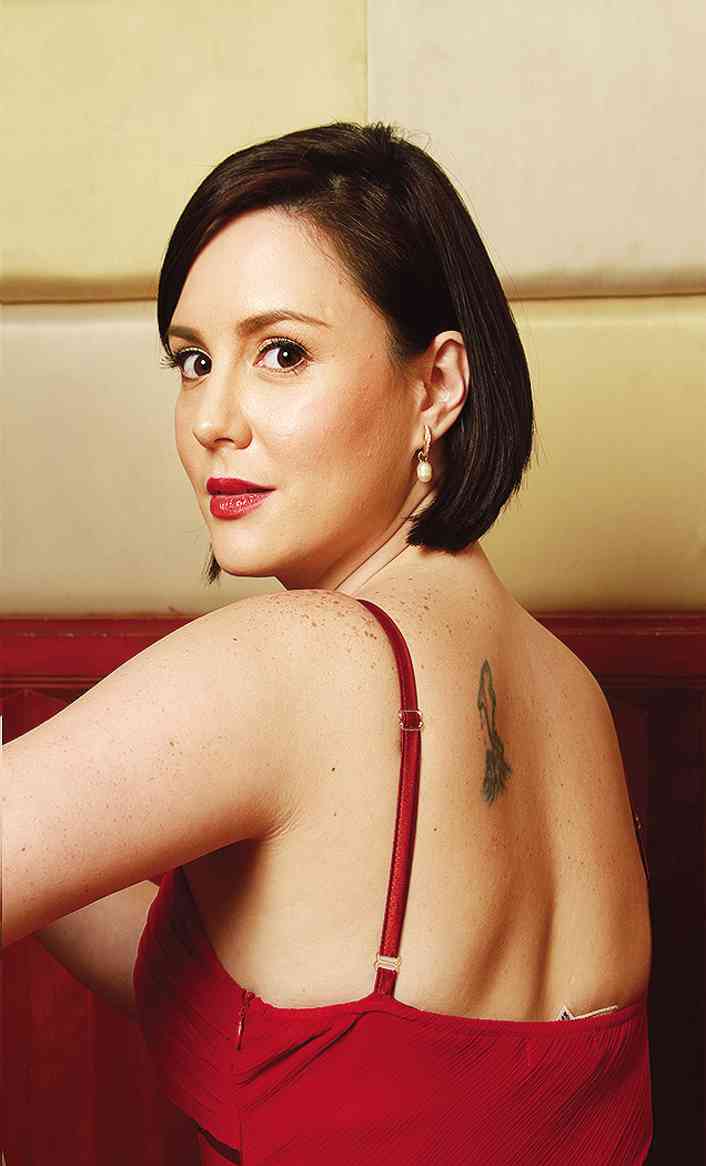 Iron women in a stressful world

Marriage and motherhood made actress-model Franceska “Cheska” Garcia-Kramer, 33, more conscientious about her health.

After giving birth to her third child Gavin early this year, she embarked on CrossFit and weight resistance to lose her postnatal fat. Since the start of the school year, her life has revolved around her two daughters and infant son.

“I’m hands-on with the kids. That alone is a workout,” she says.

To keep trim, she avoids pork and eats steamed fish and vegetables. During her pregnancies, she took up prenatal yoga and slept more hours. Her doctor advised her to take iron and folic supplements.

The iron pills have also been shown to address fatigue and boost the growth of red blood cells.

As Sangobion’s spokesperson, Garcia-Kramer says the pills that cut her dizzy spells have been mild on her stomach.

“When I mention Sangobion in my Instagram, people ask if I’m constipated. They’ve heard of the side effects. I tell them that I wasn’t constipated.”

Dr. Corazon Zaida Gamilla, obstetrics-gynecology department chair of the University of Santo Tomas, says young mothers tend to have irregular eating and sleeping habits. They tend to eat less so they need to boost their iron intake to cope with their lifestyle.

“You need iron because it carries oxygen from the lungs throughout the body,” she explains.

Gamilla says one should first take a blood test to know her hemoglobin count. This will determine the required dosage of iron supplements. As hemoglobin is the iron-containing carrier in the blood, the normal count ranges from 12 to 14.

The normal intake is 500 mg to 800 mg a day. Gamilla says pregnant or lactating mothers will need extra iron of as much as 1,500 mg to account for the iron consumed in the placenta and by the baby.

Gamilla underscores the importance of combining folic acid with iron. “Folic acid maintains the iron to keep blood level constant. It won’t replace iron, but it will support your blood picture so that it doesn’t go on a roller coaster. If you tend to be forgetful due to neuronal gaps, folic acid works like a miracle drug.”

Folic acid should be complemented with B12, an anti-stress vitamin. “Iron serves as the carrier. We need that combination of nutrients,” she says.

She also advises people with digestion issues to avoid tea, coffee and juices, which can aggravate the stomach’s acidity. This condition would lessen the effectivity of iron. In addition, one should not consume antacids before taking the iron pills.

“If you take iron and your stomach is lined with antacid,  chances are it will not be properly absorbed,” says Gamilla.

“Regular ferrous sulphate (iron) produces side effects such as constipation,” he says. “Sorbitol is an anti-constipating agent. Sangobion also contains 1,000 mcg of folic acid. When taken by pregnant women, it helps prevent neural tube defects. It has vitamin C, manganese and elemental irons.”

To make such pill-popping fun, Sangobion comes in chocolate-scented capsules for women who are sensitive to smells.