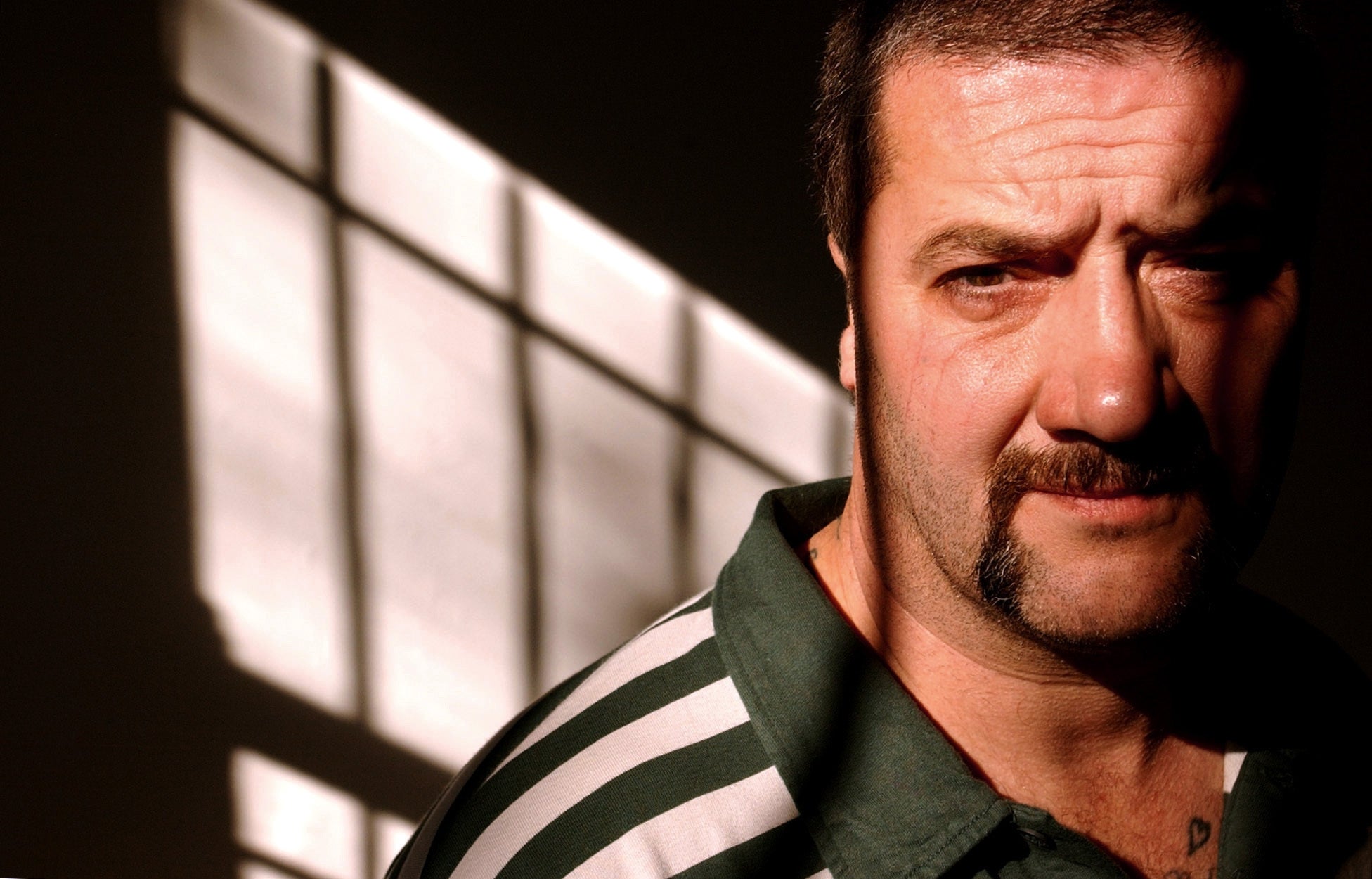 In this June 4, 2002 photo, former underworld figure Mark "Chopper" Read poses for a photo during a launch his book "Hooky the Cripple" in Sydney, Australia. Read, one of Australia's most notorious and colorful crime figures, died on Wednesday, Oct. 9, 20123, after a long battle with liver cancer, his manager said. He was 58. AP

SYDNEY — Mark “Chopper” Read, one of Australia’s most notorious and colorful crime figures, died on Wednesday after a long battle with liver cancer, his manager said. He was 58.

Read, who spent 23 years in prison for a variety of crimes including assault and armed robbery, wrote more than a dozen books detailing his long career of violence, including one entitled “How to Shoot Friends and Influence People.” He gained international fame in 2000 after Australian-born actor Eric Bana played him in the film “Chopper.”

“A fortnight ago, Mark made his last public appearance in front of a sold-out audience at Melbourne’s Athenaeum Theatre,” his manager, Andrew Parisi, said in a statement. “Despite his failing health, he delighted the audience with his skills as a raconteur and storyteller. This is how he would wish to be remembered, as someone who spun a great yarn and made many people laugh.”

Read earned the nickname “Chopper” after asking a fellow inmate to slice off his ears during one of his prison stints. Read once said he made the request in a bid to get transferred out of the notoriously rough cell block where he was housed. Another time, he said it was an attempt to win a bet.

He was never convicted of killing anyone, though he claimed in his books to have murdered 19 underworld figures. Critics said he greatly exaggerated the extent of his crimes in a bid to gain more publicity.

He was known for bilking fellow criminals out of their fortunes and torturing his victims with blowtorches, though he said he never hurt an innocent person. He once tried to kidnap a judge at gunpoint in a failed attempt to get a friend freed from prison. He claimed to have survived being stabbed, shot, run over by a car and beaten in the head with a hammer.

After he was released from prison for the final time in 1998, he transformed himself into a crime writer and painter, and spoke out against drunk driving and violence against women.

“I know most of you out there may hate my guts — I’m not a very popular person,” he once said in a drunk driving awareness commercial. “But you drink and you drive … you’re a murdering maggot just the same as I am.”

Read is survived by his wife, Margaret, and his sons, Roy and Charlie.