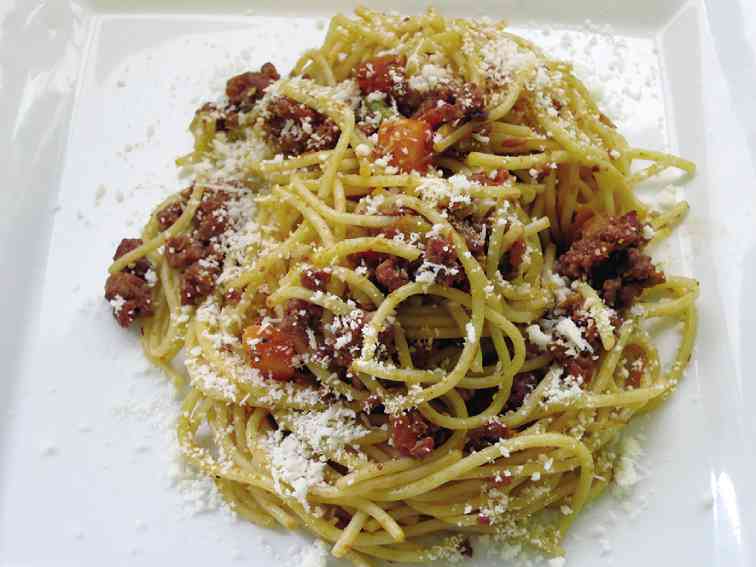 While other restaurants would frisk their chefs when they leave the premises, the reverse happens in the restaurants owned by chef Robby Goco.

The chefs are frisked when they report for work. That’s because Goco has a stringent policy of preparing everything fresh and without shortcuts. The frisking is to make sure the chefs aren’t bringing in any instant broth or flavoring that would make their work easier.

During his recent cooking class at Maya Kitchen, Goco said he makes it a point to buy local and organic ingredients, especially for his newest restaurant, Green Pastures, at the East Wing of Shangri-La Plaza. He gets his supply of leafy vegetables from local farmers whom he has persuaded to plant kale.

Kale, not previously available locally, is a member of the broccoli family and is high in fiber and vitamins A and B, said Goco. In his restaurants, he uses kale not just for salads but also for the lamb ragout.

Even the salt he uses, said Goco, comes from a special supplier in Zambales, who puts the salt in bamboo, then roasts them in a wood-burning oven. The result is salt that has a hint of sweetness. It’s the secret of his lamb dish, Goco revealed.

He also makes his own ricotta cheese, patiently simmering fresh cow’s milk and cream until the curds separate from the whey. That way, he said, he can be sure of the quality of the cheese.

He warned the students against buying ricotta cheese made with powdered milk because this would most likely have a lot of preservatives.

Sometimes, he said, his chefs would complain about the tediousness of the work and suggest faster ways of preparation. But Goco remains firm about freshness and the merits of slow cooking.

One of the dishes he demonstrated at the Maya Kitchen was Bolognese pasta using goat meat. “Goats are actually cleaner than chicken,” he pointed out.

In keeping with his culinary philosophy, he uses organic tomato juice and organic bacon for the Bolognese sauce. But he concedes that in this recipe, beef can be substituted for goat meat.

Here’s Goco’s recipe for pasta Bolognese (with measurements adjusted for the home cook).  With sauce made from fresh native tomatoes, and cheese, wine and milk all simmered patiently, this pasta sauce has a bold, substantial flavor.

For the tomato sauce:

For the Bolognese sauce:

Heat the olive oil in a large pan. Add the garlic and season with salt to boost the flavor of the garlic. Remove the garlic and set aside. In the same pan, add the peeled tomatoes and mash with a potato masher.  Cook until the tomatoes turn mushy.

Slice the bacon into bite-size pieces. In a large pan, sauté the bacon until bacon fat is released. Add the cooked garlic,  carrots, onions and celery. Season with salt and pepper. Stir in the ground meat (goat or beef) and mash all with a masher. When the meat is almost cooked, add the milk and continue mashing until the meat separates. Simmer until liquid almost evaporates. Pour in the red wine. Continue simmering until almost all of the wine evaporates. Add the whole cheese, bay leaf and the mashed tomatoes. Pour in the tomato juice. Bring to a gentle boil. Stir in cinnamon, allspice and nutmeg and continue simmering, stirring occasionally, for about 10 minutes. Remove the bay leaf. Serve with cooked spaghetti pasta.

Cook spaghetti pasta according to package directions. Toss with the prepared Bolognese sauce and sprinkle with the cheese and the mint leaves. Top with olive oil.

For the red wine, Goco recommends using a fruity variety.