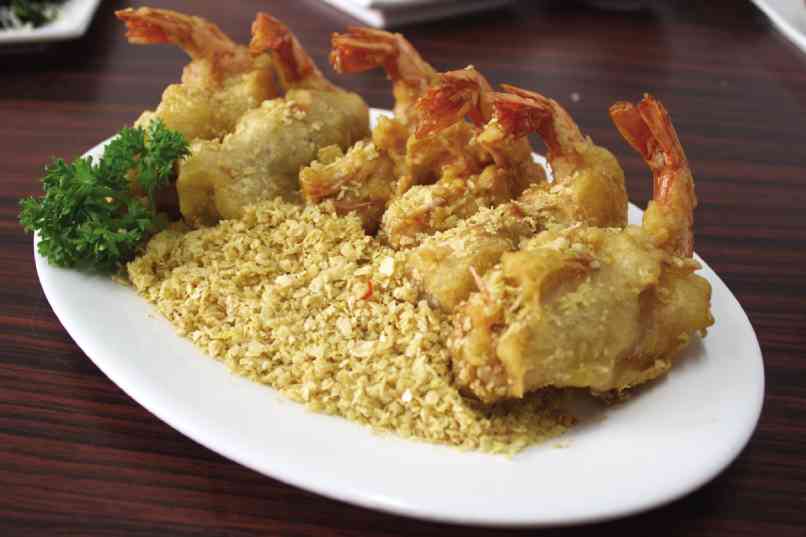 Filipinos love Chinese food. It has come to the point that families who frequent Chinese restaurants don’t even need to look at the menu anymore.

“We wanted to offer new dishes to our customers who have been coming to us for close to 10 years now, so they have something to look forward to,” Ong said.

When the first Mr. Choi Kitchen opened at Robinsons Galleria in 2004, the food served was mainly Cantonese. This time it wants to offer Chinese-Singaporean fare after noting the entry

of a couple of foreign chains such as Wee Nam Kee and Boon Tong Kee.

At a recent lunch, we got to sample some of Mr. Choi’s new dishes, like its version of cereal prawns, or prawns coated in a cereal batter and served on top of more cereal; coffee pork, or lean pork with a dark coffee glaze; and XO seafood green beans that was a meal in itself.

We also got to try two of the new items that will be rolled out only in November: the hairy prawn balls and their soft shell crab.

The first will appeal to kids who might like the combination of textures—soft meat and crunchy lumpia-like wrapper. Soft shell crab, once a seasonal delicacy, will soon be on the menu since Mr. Choi has been able to tap a regular supplier.

“We usually come out with around 10 new dishes every quarter to keep our clients happy,” Tan said.

The servings at Mr. Choi Kitchen, as in most Chinese restaurants, are meant for sharing. The average check per person is around P300.

“We’re positioned in the midrange—above the common Chinese teahouses, but we’re not as pricey as the more established restaurant chains like Gloria Maris,” Tan said.

This early, Mr. Choi Kitchen has already come up with two Christmas packages priced at P4,000 each: set meals for a minimum of 10 people. The menu consists of six dishes (appetizer, soup and mains), iced tea and dessert of mixed fruit.