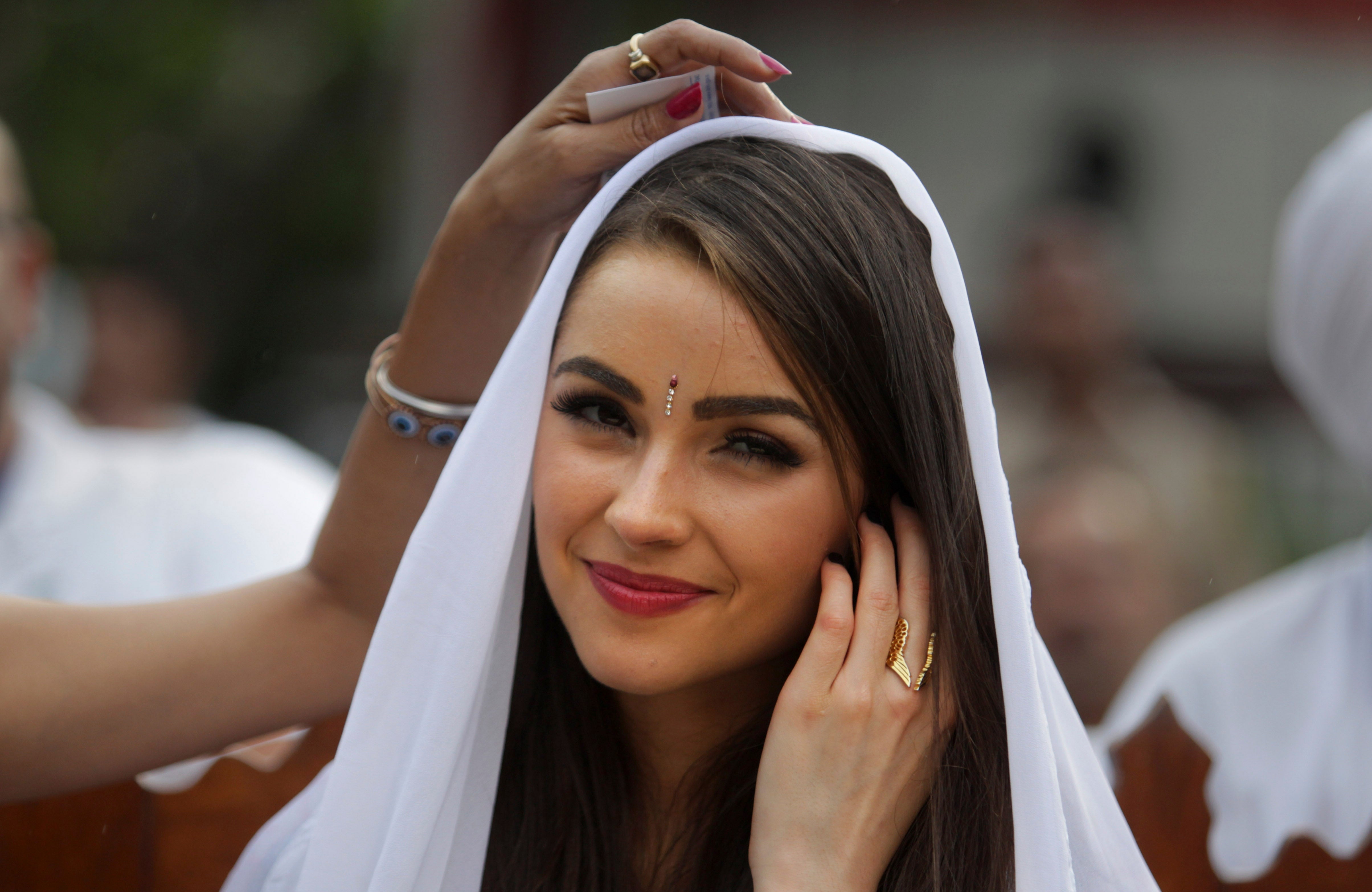 AGRA — Indian police said Thursday they had filed a case against Miss Universe for conducting an unauthorized footwear fashion shoot at the Taj Mahal which was slammed as an “insult” by the monument’s caretaker.

Twenty-one-year-old American Olivia Culpo, wearing a long peach-colored dress, visited the world-famous “monument to love” in Agra on Sunday during a 10-day tour of India.

“We have registered a case against Ms. Culpo and her team members after receiving a complaint,” Sushant Gaur told AFP from the tourism police station in Agra, 180 kilometers (112 miles) south of New Delhi.

“We have booked her under various sections… of India’s Ancient Monuments and Archaeological Sites and Remains Act,” he added.

Gaur said Culpo posed for photographers with branded shoes while sitting on the Diana Seat, a marble ledge in front of the white mausoleum named after the late British princess who visited in 1992.

“There are strict guidelines against any sort of branding and promotion at Taj Mahal and the photo shoot conducted was without any prior permission,” said N.K. Pathak from the Agra unit of Archaeological Survey of India (ASI).

A case has also been registered against Indian-born fashion designer Sanjana Jon who accompanied Miss Universe to the site.

Registering a case is a preliminary step and the issue may not necessarily go to court.

Visitors must take off their shoes while visiting the monument, an Islamic mausoleum built for the late wife of Mughal ruler Shah Jahan and completed in 1648. Footwear is allowed in the garden area where the Diana Seat is located.

The complaint was filed by the monument’s caretaker on behalf of the ASI, an official working for the state-run body told AFP on condition of anonymity.

He said she would face a fine if found guilty.

“The sandals from a bag she carried were taken and placed on the Diana Seat for shooting pictures, which is not permitted by the ASI. It also amounts to disrespect and insult,” he told the paper.

The tabloid also suggested that security personnel responsible for frisking at the entrance gates of the monument “were too impressed” with Culpo and allowed her to carry her bag inside.

Culpo, seemingly unaware of any brewing controversy, uploaded a photo of the Taj to an Instagram account on Monday, a day after her Agra visit.

“We made it to the Taj Mahal. One of the most beautiful places I’ve ever seen!!!! So amazing,” she wrote.