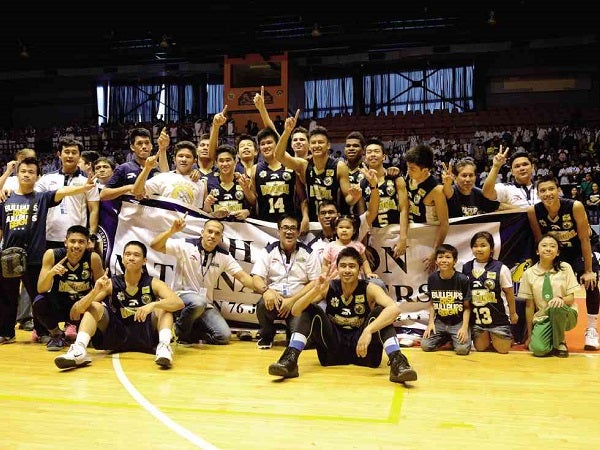 Sweet Sweep 16 for the Bullpups

The UAAP juniors basketball finals was a battle royale between National University and Ateneo.

The San Juan Arena echoed with cheers from schoolmates, family and supporters of both schools.

NU posted a lead but Ateneo came in hot pursuit until the score was deadlocked. But NU proved to be the better team as it regained its lead until the final buzzer.

NU clinched the title with an exclamation point—playing better than any of the teams by finishing with an enviable 16-0 sweep of season 76.

In colorful fashion, NU students came to witness a school victory, but they also stole a bit of the limelight with their creative ways of expressing support for the team.