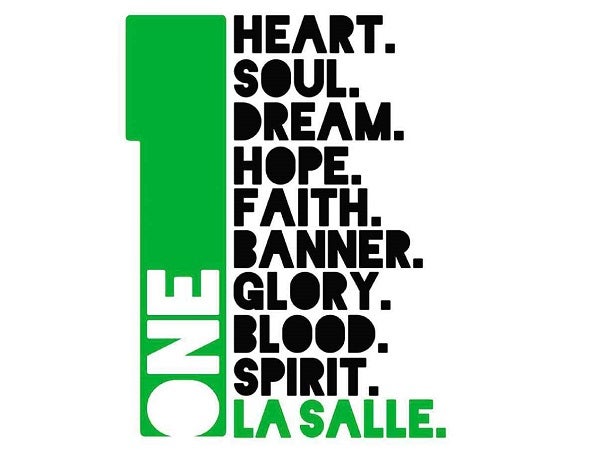 As people troop to the SM Mall of Asia Arena for the do-or-die UAAP match between the DLSU Green Archers and the UST Growling Tigers, expect students and alumni to wear their best school shirts.

Though some designs are really more eye-catching than others, there’s a particular school shirt that’s perhaps a cut above the rest.

It was designed by Bjorn Bedayo, a La Salle graduate.

“I designed five T-shirts that we sold for a cause,” Bedayo says. The black shirts were exclusively sold at La Salle Greenhills but the white design generated lots of attention when sold in other La Salle schools across the country.

“Whenever I leave a certain phase in my life, I try to leave a legacy,” he adds.