Letting their feet do the talking | Inquirer Lifestyle ❮ ❯ 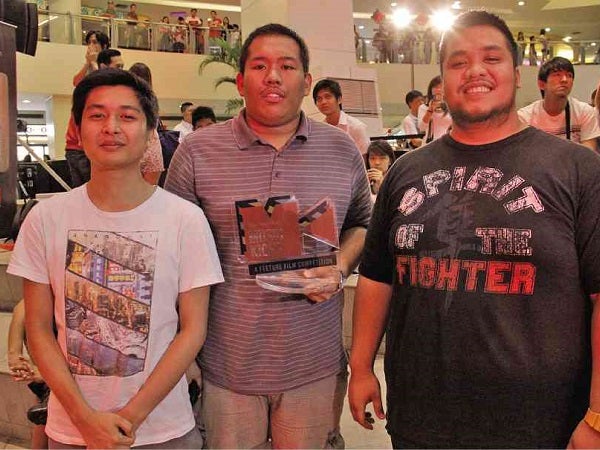 Letting their feet do the talking

Feet, shoes and music—these were the main characters that told stories of friendship, travel and adventure at the first Music Kicks “Feeture” Film Competition, held recently at TriNoma, Quezon City.

Representatives from these schools were tasked to produce a three- to four-minute music video using only the feet or shoes to “narrate” the story. They also had to highlight certain Res|Toe|Run shoe brands.

“Taking photos and videos of one’s feet or shoes has lately become popular, and we decided to use that concept—stories from below,” said Dale Camandang, Res|Toe|Run marketing communications officer.

“This contest also harks back to the days when MTV was very popular,” added Joy Austria, Res|Toe|Run brand manager.

To level the playing field, Res|Toe|Run provided the music, which was specifically composed for the contest.

The students had roughly two months to work on their videos, and upload them on Res|Toe|Run’s Facebook page. Entries were judged based on originality of story, cinematography, sound design, editing, and number of votes as a result of online voting.

DLS-CSB won first runner-up with P75,000 worth of cash and gift certificates. With the concept “Let your kicks start your day,” its entry showcased the interaction of students from different walks of life, as seen through their different footwear.

Second runner-up was DLSU, which received P50,000 worth of prizes. Its video focused on everyday life inside the campus on Taft, Manila.

Bagging the P100,000 grand prize was Asia Pacific College. Titled “Dream,” its video focused on three main characters, a dancer, a runner and a skateboarder—all trying their best to perfect their respective skills.