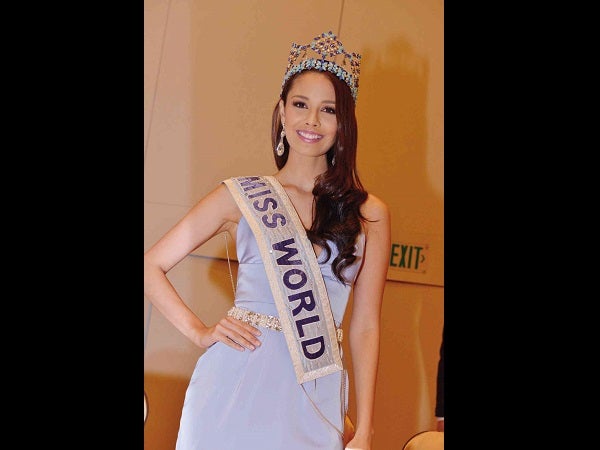 “Fila is very proud of our ambassador Megan for her hard work in clinching this triumph for the Philippines,” says Maricris “Cris” Albert, president and CEO of Fila Philippines. “We are very excited for her reign as Miss World 2013 and we expect she will fulfill her duties with grace and beauty of the Filipino spirit.”

Albert hosted a dinner for about 150 people for Young last Thursday at Solaire. A surprise guest was former First Lady Imelda Marcos, who braved the stormy weather and traffic to grace the occasion.

Fila is preparing a nationwide campaign to celebrate this budding actress’ victory in the Miss World pageant in Indonesia.

One of the country’s premier footwear brands, Fila is known for its specialized product lines in running, basketball, racquet sports and golf. It has 320 outlets at present, and 20 more are set to open this year.