‘Falling Into the Manhole’: Memoirs of brutal honesty 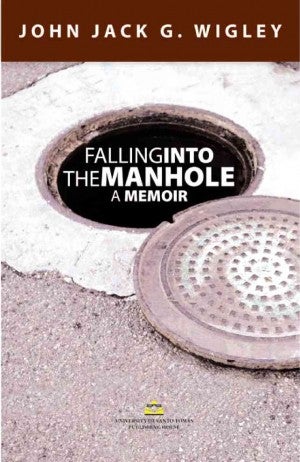 Honesty is brutal.  So, in writing a memoir, one should not be kind to oneself. Memory, if the writer chooses not to lie about it, should be brutally honest.

Meeting such a tough requirement is John Jack Wigley’s “Falling Into the Manhole: A Memoir” (UST Publishing House, 2013).  It is a memoir in brief chapters portraying revealing slices of the author’s life. It is a collection of memories that not only lays out his difficult growing-up years but also his travails and joys amid a society that was also experiencing difficult transitions.

How brutally honest is the book? Well, in one of the essays, Wigley reveals the inspiration of the book’s title: He, indeed, had fallen into a manhole, a public humiliation whose humor and pathos—and meanings—he continues to mine in his funny conversations with students, colleagues, and friends.

“As I started writing,” Wigley writes, “I realized that having a bagful of stories to tell is not enough. The bigger chunk of the problem lies in the telling of these stories. Sometimes, I would wake up in the middle of the night when I would feel this ‘itch’ of a memory waiting to be written down. But as I would start writing it, I’d be suddenly stumped, sometimes looking out the window for hours. I couldn’t find the right words to describe a memory.”

But once he started writing down his memories, he became  frank and open about his past. This is where the book stands out. In the 16 essays that comprise the book, Wigley has no qualms revealing his strengths and shortcomings. He has no hesitancy disclosing his struggles for personal identity; the bittersweet life of a young bastard living in a harsh society; and the enlightening life as a university professor.

The essays about his realization of his past and identity are engaging works that show the different facets of the author as he matured, overcoming problems connected to his gender and identity and coming to terms with his experiences growing up as an impoverished Amerasian in Pampanga to university don (or doña?) based in Manila. The reader somehow glimpses a kind of healing brought about by the authors memoir-writing.

Wigley’s essay on gay attraction (“The Princess and the Cockroad”) does not exactly resound with pathos as much as it impresses us with his realization that he has become confident of his gender.  The reader feels sympathy with his accounts of constant moving houses when he was a child (“Houses”); the frustrated search for his father in the United States (“The Missing Link”); and taking care of his very sick mother (“Coping with an Old and Sick Parent”). 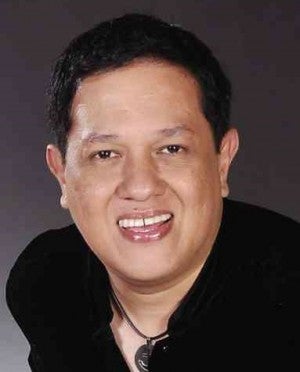 Particularly funny is his childhood memory of watching a movie for the first time (“Sine Paraiso”). Becoming a film addict, he harbors memories of being a child gazing at movie posters in theater lobbies (a mangangarter in Kapampangan, Wigley writes).

He provides vivid description of a young boy’s first experience of movie magic.

His writings on movie stars (Nora Aunor and Meryl Streep); music icons (Madonna and Lea Salonga); and beauty queens (Chat Silayan) are not just perorations of a youth fan, but the experiences of a person’s growing maturity coming to terms with pop idols.

And very interesting is his behind-the-scenes story of joining the working crew of a fast-food restaurant, which many readers, who have gone through the same experience at one point of their lives, can relate with.

The attraction of reading memoirs is the thought that one is reading and discovering the writer. It is a special kind of relationship where the reader “meets” an author in the very words he writes beyond the fictions of self-aggrandizement—or self-delusion.

It is what a writer bravely shares that makes the readers care about it.  And in “Falling into the Manhole,” we read the real person behind the author and the literary figure. We read his heart and soul.