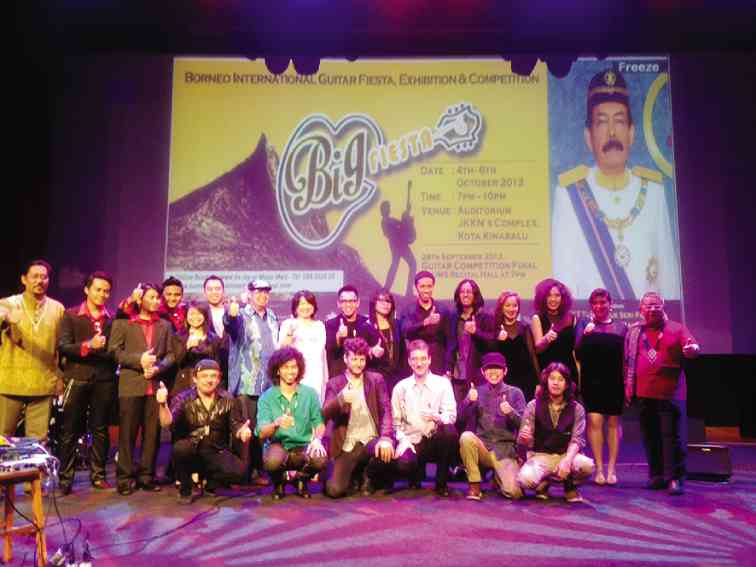 WITH other performers at the 1st Borneo International Guitar Fiesta, Exhibition and Competition in Kota Kinabalu, Sabah,Malaysia 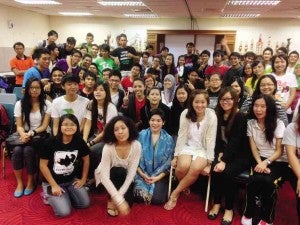 The group also conducted a vocal workshop for music students of the University of Malaysia Sabah.

Peter Chua, chief coordinator and producer of the event and founding director of Malaysia Music Teachers Training College, was all praises for the Filipino artists.

Chua is also the president of the Malaysia Suzuki Association and Sabah Musical Theater Company, and is working closely with a Filipino composer on an original musical about the story of Sabah.

Salehuddin Bin MD Salleh, director of the National Department for Culture and Arts State of Sarawak under the Ministry of Tourism and Culture Malaysia; and Nik Azmi, a director of the Jakarta World Youth Jazz Festival, were responsible for introducing Baihana to the festival.

Jan Kaw Chong of the Daily Express (National Newspaper of East Malaysia) said that it was wonderful to hear the three women of Baihana. It made the people of Sabah respect and appreciate the Philippines more, he added.

The local winners of the guitar competition also joined in the evening performances: Fingerstyle LB, a guitar ensemble composed of  Syuraih Ritchie, Syuwari Ritchie and Aaron Richard; and Loops, a guitar duo composed of Christopher Aban and Ronnie.

“This experience gave us a new perspective on the discipline of rehearsals,” said Torre, who sings alto. “Tom, the classical guitarist from Australia who has performed around the world, practices seven hours a day. His finger-style playing cannot be achieved without this kind of discipline.”

Graham, a second soprano, said the experience would create more opportunities for collaborations.

Krina, the lead soprano and daughter of Ryan Cayabyab, said the response of the Sabah people was heartwarming.

Baihana is a Cebuano term that translates into babae or “girl.” The group was formed in 2008.