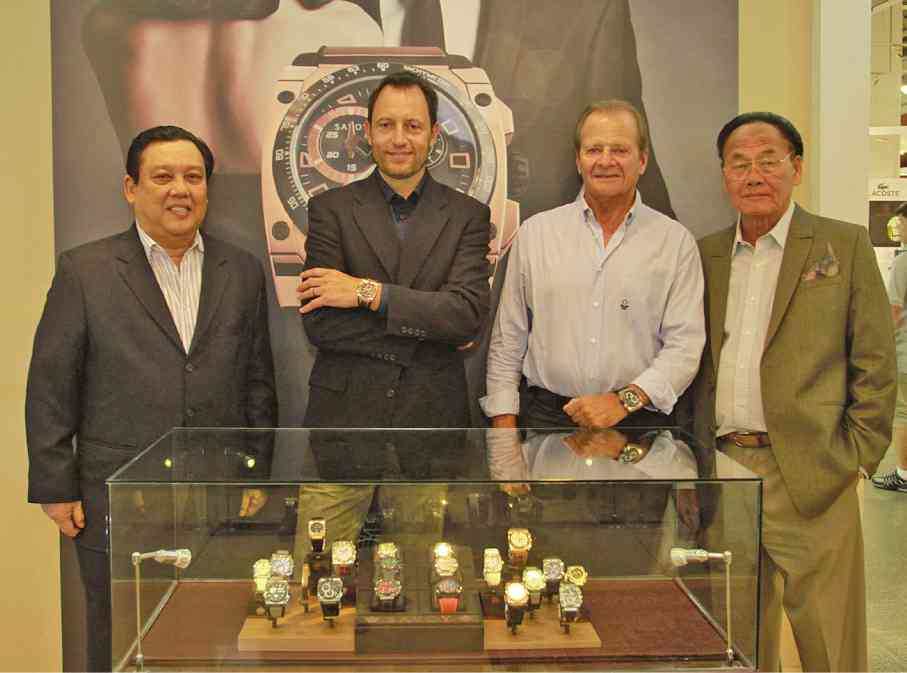 It is Savoy’s second boutique in the country, dahlings, after being launched in New World Hotel in Makati, with Timebound Trading as its exclusive Philippine distributor.

Savoy was created in 2009 by the Geneva-born Pascal and was officially unveiled worldwide in 2011. Since then, this premium brand has been offering sophisticated, Swiss-made timepieces of the highest quality materials and leathers.

Since then, it has become the favorite timepiece of Sen. Bam Aquino, collegiate volleyball superstars Michelle Gumabao and Gretchen Ho, and the always gorgeous actress Iza Calzado.

In these digital times where everybody is a photographer, Dutchman-Filipino Alex Van Hagen belongs to the breed of photojournalists who perform their job with passion and respect.

Alex’s eyes appreciate the minute details in the trunk and leaves of a tree, as well as the environment in general. His past three photo exhibits were sellouts, part of the proceeds of which he donates to his favorite charity, the Real Life Foundation.

His friends connived recently to treat him to a surprise birthday bash held recently at the sprawling residence of Nini Licaros, no less.

A number of Alex’s friends also dropped in to join the fun and wish him well.

In the middle of the fun, everyone’s palangga, Alex, looked very happy that the friends who really care for him were there. May he continue to reap success!

Food fest for a cause

The venue was filled to capacity as some of the country’s most notable chefs worked on their signature dishes and new creations, dahlings.

The mood was set by Town & Country editor in chief Yvette Fernandez, who warmly welcomed the guests.

Raffles and Fairmont’s own chefs Didier Derouet and Miko Aspiras capped the affair with their delectable and filling desserts.

Completing the ambiance was Andy Vazquez-Prada’s elegant touches to the venue design, complemented by the gorgeous floral arrangements of Toni Parsons, no less, palangga.

The gastronomic feast also raised funds for the children’s feeding program of the Happy2help charity group. Smeg donated a FAB10 red refrigerator that went up for furious bidding. And the winning donation was matched by Town & Country publisher Summit Media, but of course, dahlings. Bravo to all of you who truly care!