Kids say (and do) the darnedest things

A few weeks into starting nursery, I picked up my soon-to-be 3-year-old Jack from class when his teacher told me, “He was crying, for you, I think. He was calling out for a ‘Mama Teputs?”

I shamefacedly explained that that was, indeed, me, and that it was a silly name his fantastic father Jason had trained our son to say. Indeed, my new moniker has been immortalized in his artwork (his teacher has translated his preschool doodles into “Jack swimming underwater with Dada and Mama Teputs!”).

When Jack’s Fil-Am cousins visited, they asked what Teputs meant. I said it roughly translates into “white mama.” They looked at me strangely because I’m nowhere near Caucasian. But they loved getting Jack to call me that anyway, just to be in on the joke.

Having grown up with three younger siblings, I know that this is just a tiny taste of the cringeworthy parental public panics I have yet to encounter.

As of this writing, parent-teacher conferences are in the offing, and the momma network at my son’s school has already warned me about how our children’s journals are representative of what happens in our homes, and that we have to be more mindful of our words and actions.

But not everything can be under our control, so how do we deal with situations when our toddlers say or do something that isn’t for, um, public consumption? These experienced parents share their tips on what to do when your toddler acts like… 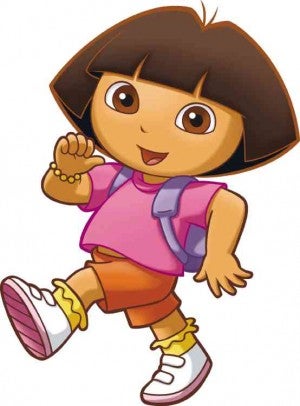 Picking their nose, farting or burping in public. Que horror!

Four-year-old Dominic is prompted to say “excuse me” when he burps or farts. “For picking his nose, we tell him not to do it in front of other people—just at home or in the bathroom and to use tissue,” said his mom Wilma.

Rinna has four children: Timmy, 14; twins Cole and Chloe, 5; and Kali, 4. “Kali has a peculiar habit of picking her nose and examining what her finger extracts,” Rinna said. “We have lost track of the number of times we have sat her down and explained to her that making kulangot in public is not nice, yet she carries on to this day.

“Her ate and kuya erupt in giggles whenever they catch Kali doing it. This makes Kali more conscious and aware of what she is doing, and has decreased her nose picking. We are all still working with her to finally eliminate this.”

Mom of three Mae said, “If my kids are picking their nose, I usually say ‘finger out of nose please’ and ask them if they need a tissue or if they need me to spray their nose with saline spray to help clean it when we get home. If someone either farts or burps out loud, I say ‘excuse me’ for them to repeat after me if they forget.

“They’re usually good about saying it without any prompts from me, though. Then when they say, ‘excuse me,’ whether through imitating me or on their own, I follow up by briefly saying, ‘Thanks. Saying ‘excuse me’ is good manners.’ Mind you, they have never farted or burped to purposely be rude.”

Follow up with: An explanation of what is public (at school, at the grocery) and private (at home, when no one is around) and that others may find their actions offensive.

Vicky the Robot (of ‘Small Wonder’)

Programmed to tell the truth, they can be too honest (i.e. calling someone fat, old or ugly) with their remarks.

“We are thankful that none of our kids do this in public,” said Rinna. “They opt to tell us these things at home and even then via whispering. We enforce this behavior by thanking them for telling us at home and in a soft voice, and ending the brief conversation by reminding them that they can tell us anything on their minds.”

Mae’s son Jon, 6, has Down’s Syndrome, and so far hasn’t said anything wince-worthy due to his language delay. Her daughter Cathy, 3, hasn’t either, despite her verbal skills. “But she has verbalized innocent observations like ‘That man is big!,’” Mae said.

“So I redirect to make it an opposites game. For example, ‘An elephant is big, an ant is small,’ or I point out other attributes the person may have like ‘Yeah, he’s taller than me.’ Basically, redirect. Neither have done it to hurt others’ feelings though. My tact would be different if so.”

As for Dominic, Wilma said, “Thankfully the people he has called fat are very close to us and very understanding, so they just ride on with what he says and say yes, they are. But in private, I tell him that it is not polite to tell people they are fat because some people don’t like to hear it.”

Follow up with: A quick apology to the offended party; if from your child, better. Later, explain to your toddler that words can hurt people’s feelings, and to say only nice things about others, but that she can always ask you questions when it’s just the two of you.

Eager to show off his fast-growing vocabulary and be a part of your adult world, the little loudmouth may end up revealing private stuff about you.

“Cathy has said, ‘Jon has a penis. I do not. Girls do not.’ Teaching Jon anatomy in her presence has come back to bite me,” Mae admitted. “I said, ‘Yes, but that’s something we talk about at home.’ Then I changed the subject.”

Rinna said, “We normally tell them to shush and that we can talk about it later in a better place, whether in the car or at home.”

Follow up with: Getting down to your child’s level and quietly instructing, “We don’t need to discuss that now. Let’s tell lola about the helicopter you saw this morning.” Offer topics she can talk about (and be mindful of who can hear your argument with your spouse next time!).

Revealed Rinna, “Thankfully none of the kids do this; at the very worst, one of our girls wearing a dress would sit the wrong way and unknowingly expose her underwear. We simply remind her to sit properly and she almost immediately adjusts her position.”

Wilma offered, “We stop him and whisper that that’s private and not for anyone else to see.”

Follow up with: Distraction. Boredom turns toddlers into strippers, so give him a job to do like “reading” your grocery list or looking for a particular item. Praise him for being helpful.

In church, your irreverent little potty-mouth shouts, “Holy %$#@!,” because toddlers like to practice words they hear, especially those that get a rise out of you.

“Neither Jon nor Cathy has cussed yet—they’ve never heard me. They’d say ‘oh my gosh!’ Or ‘Geez!’” said Mae. “Their equivalent of cussing is saying ‘poop’ and ‘penis’ repeatedly and laughing like hyenas. Jon thankfully mispronounces it and says, ‘t-nis.’ I’ve tried ignoring, reprimanding, telling them their baby brother Anthony wants to learn better words, and telling Cathy that she will get into trouble at her big kid school so she needs to practice saying better words.

“I think it has run its course now since I don’t hear them saying the undesired words as much. Jon still does it, but I just redirect him or engage him in conversation about something else.”

Rinna opined, “Thanks to Nickelodeon, our small children have added the word ‘stupid’ to their growing vocabulary. We had to immediately tell them that that particular word was not a nice one and was not for using at anyone and anything.

“We also warned them that continued use of that word would merit a soaping of their mouths at home. I’m happy to say that we haven’t soaped their mouths yet.”

Wilma added, “Usually, if Dominic says it, it’s because he is playing with letters phonetically: buck, duck, suck, luck, f… Or, one time he said a**hole thinking it was ‘aso.’ So we don’t pay any attention to it and don’t react. We do reprimand when he says things in an impolite way though, like rudely shouting ‘Hey!’ or ‘Go away!’—telling him to repeat what he said, but in a more polite manner.”

Follow up with: Downplaying the verbal diarrhea with a plain “excuse us” to people within hearing distance, and just as simply telling her, “Let’s not say those words.” If you’ve sworn like a sailor before, tell her, “Please remind me when I do.” Then collaborate with her to come up with something else to say instead, like “Pastillas!”

Sobering thought: In a few more years, our toddlers will be teens who will be embarrassed by our “inappropriate,” un-cool words and actions. Let’s hope they can be as kind to us when it’s their turn to do the shushing.