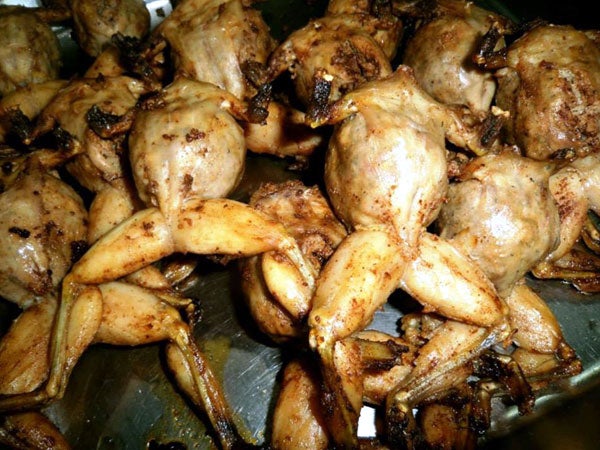 LONDON — Frogs’ legs are considered a French delicacy, but new archaeological evidence suggests Britons were the first to discover their culinary qualities — up to 8,000 years ago.

Archaeologists at a site close to Stonehenge in southwest England have discovered the charred leg bone of a toad among other food remains dating back to between 6250 BC and 7596 BC.

This makes the discovery “the earliest evidence of a cooked toad or frog leg found in the world,” said the team from the University of Buckingham in a statement late Tuesday.

The humerus was found at the dig in Amesbury in Wiltshire alongside small fish vertebrae bones, likely salmon or trout, and burnt bones from aurochs, the predecessor of cows.

Archaeologist David Jacques said they suggested a diet “consisting of toads’ legs, aurochs, wild boar and red deer with hazelnuts for main, another course of salmon and trout and finishing off with blackberries.”