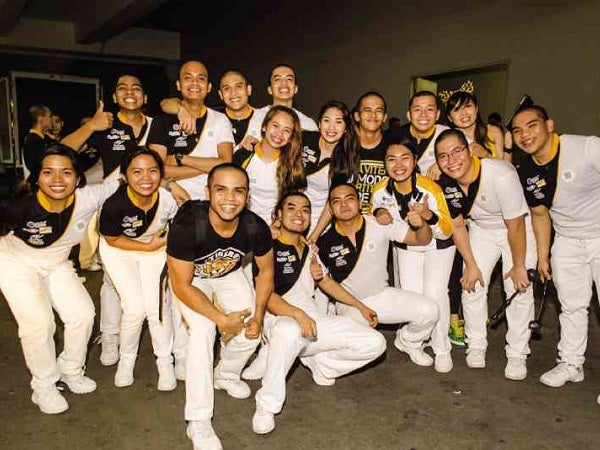 Sauler had used the same lines to psych the Archers for their second-round game against the Ateneo Blue Eagles: “I am the master of my fate/I am the captain of my soul.”

These lines summed up Sauler’s approach to the game, melding heart and mind to enhance the physical demands of having a rough start on the way to winning a championship.

DLSU ended the first round with three wins and four losses, highlighted by setbacks against Far Eastern University and the University of the East. The team was criticized for lack of passion, unbalanced and inconsistent approaches to offense and defense, certain players acting like rogues during a game, inefficient free-throw shooting. We could go on and on.

But this is not about that anymore. This is not even about the sweep of the second round and the final four, and the gradual turnaround of the team and the evolution of its individual parts.

None of those mattered anymore, as the season boiled down to a single game against another hungry team on its own quest for greatness.

UST gradually pulled ahead, leading by eight points in the first half, dominating the offensive boards 13-8, as well as having more possessions and cracks at the basket with 40 field goal attempts compared to La Salle’s 28.

And after averaging nine turnovers the previous two games, the Green Archers had already committed 10.

Yet this final game seemed to follow the same script as the nine-game winning streak.

Red-hot Jeric Teng and the rest of the Tigers played with ferocity coming out of half-time, building a 15-point lead with a little over six minutes left in the third quarter. For a moment, the gallery of La Salle fell quiet—in an arena housing a record-breaking crowd of more than 23,000.

There was high anxiety when Sauler called for a timeout. As the team regrouped to gather their wits, so did the crowd in green. A few scattered battle cries quickly turned into a collective mass of thunderous sound: “Animo La Salle!”

A slow exchange of points between the two teams turned into a 22-6 run that had La Salle leading by 1 before a buzzer beater by Jamil Sheriff ended the quarter. Animo La Salle, indeed!

It was just a matter of time. Starting with a few points off a jumper and free throws, Arnold Van Opstal and Jason Perkins started playing well, reminding everyone that the paint is La Salle territory.

There was also good ball rotation to find the open man, courtesy of Thomas Torres and Almond Vosotros.

Jeron Teng fought and pivoted his way inside. The Green Machine was kicking into high gear once again. It was just a matter of time.

The Green Archers dug deep to overcome a five-point deficit with barely four minutes left. A bad pass to Van Opstal in the post and Aljon Mariano’s jumper falling short closed out regulation. With all the drama and engaging narratives running through this historic finals series—stories of sibling rivalry, coaches coming from polar opposites and two teams with unique turnaround seasons—overtime was just appropriate. Extra minutes with everything on the line and all the desired endings to all storylines hung in the balance.

It was a grueling overtime period with only 10 points scored by both teams. After a basket by Vosotros, the Green Archers played like they were running on empty as multiple turnovers and breaks of the game pushed the Tigers closer to the title.

Though a baseline jumper by Vostoros and LA Revilla’s free throw spelled the game’s outcome, we felt the turning point was the sight of Sauler at his most emphatic, with fingers pointing to his temples and screaming at his boys.

From where we were seated, that was the game’s defining moment. You can’t rely on luck or breaks of the game because these merely provide opportunities to achieve greatness. Keeping your head in the game and sticking to what has brought you to the brink of victory makes all the difference. That, and all the fighting spirit you have left in your heart.

A quote from Friedrich Nietzsche used by Sauler to motivate his boys before the second-round game against FEU also brings us closer to what truly defines a champion and what greatness is made of: “He who has a Why to live for can bear almost any How.”

In a league where it’s easy to be a character and be swept by all the noise, it is hardest to have real character: the character to have the same focus and dignity in losing as well as in winning; the character that makes a triumphant crowd chant UST’s own battle cry in recognition of an honorable match; the character to realize that winning the championship transcends merely earning bragging rights.

For the tearful Green Archers, almost kneeling on the hard court to take it all in after going through long, lean years of missing the final four, for those who accepted their roles on the team, whether it be cheering from the bench or sacrificing minutes or making the most out of limited playing time, and for a community of supporters who kept the faith in moments when it was much easier to doubt, the final buzzer of that final game made us all champions. Standing proud, high and bright, unbowed, unconquered.

After recovering from that classic game, there is one man whom we are certain will resume his quest for a unique kind of greatness.

Sauler will not be slighted when we say that that his personal, unyielding quest for that perfect game should never reach its end. With that perfect game remaining elusive, his drive to find ways on how to improve even minutes after being crowned champions will only serve the team and the entire Lasallian community well.