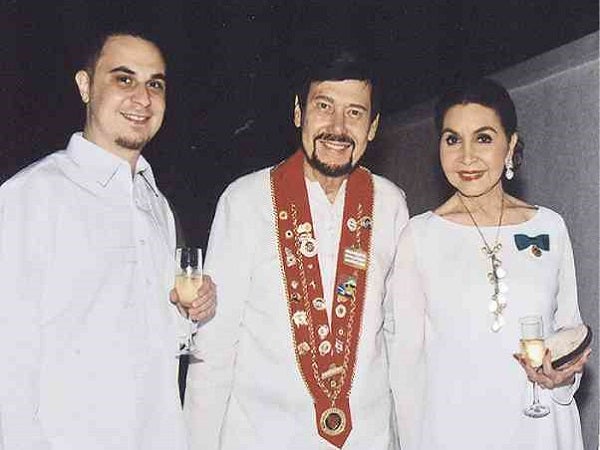 Chefs United was the latest food festival at the Marco Polo Plaza Hotel. The opening night was presided by general manager Hans Hauri and resident manager Julie Najar. The whole thing was conceptualized by Jessica Avila, culinary guru who serves as the Marco Polo’s consultant for Filipino cuisine, with accent on the Cebuano.

Ten of the Marco Polo’s chefs were featured, preparing varied dishes culled from the various food fests that have taken place in the hotel in the past 12 months.

Guests were asked to rate the dishes, and Nestor Alonso’s prediction turned out to be correct. It was the juicy beef rendang.

Before the event, sipping red wine and munching on gambas al ajillo at the lobby lounge were Ingrid Sala Santamaria and Jaime Ponce de Leon, director of the prestigious León gallery in Manila. “Please join us,” invited Mr. Hauri.

They declined as they were to attend the opening of Art Fair exhibit at the Qube Gallery in the Hotel Henry. Hosting were gallery owners Jon Gotiong and Maris Holopainen.

“How was it?” everyone asked Gavin Sanson Bagares when he joined the group at the Marco Polo, too late to rate the dishes but on time to join in the fun and photo-ops. “Great, great!” he exclaimed.

The Bibendum Wine Shop held a well attended wine tasting party at its cool, as in wine cellar, premises in the MLD building. Hosting was Margie Richards Taylor along with her son Hans Eulenhofer, plus Mikel Perdices and Christine Olvido who are in the executive staff of Bibendum Wine Merchants.

There were so many guests that they spilled on to the foyer where canapes, cheeses and more were being duly appreciated. They had been prepared by Café George which is on the same level as Bibendum.

Purpose of the party was to rate 20 different wines from Bibendum’s American and French portfolio. Cybill Gayatin of A-List tells us which ones were the “winners,” namely; the 2009 Con Creek Cabernet Sauvignon from Napa Valley, California; and the 2009 Chateau Brassac from Bordeaux, France.

Another wine-tasting party was hosted on a busy Saturday night by Joseph and Cora Gandionco at their Just Wines shop on the road to Maria Luisa Estate Park. Featured were the De la Vega wines from Navarra, Spain.

Wine growers from Spain Jose Luis and Marta Gomez came for the occasion, and to explain the different traits of the various libations tasted. They were pronounced excellent, which made Joe Meneses of Titania very happy, indeed. “We’ll have more of these,” he said.

The success of the event was also due to the fabulous array of authentic Spanish tapas prepared and served with flourish by Just Wines’ chef in residence Alfonso Martinez. Dad Mariano R. Martinez was around, and so was pretty sis Menchit Martinez.

On another evening, in the same vicinity, was the formal launch of Michel’s Deli & Café, owned by Michel and Amparito Lhuillier. They were present, of course, cordially greeting one and all.

General manager of the place is chef Massimo La Magna, assisted by Daniel Di Dio. They are both friends from way back, having studied culinary arts together in Palermo, Sicily, from where they hail.

Massimo has been in Cebu for three years now, handling the Lhuilliers’ Pizzeria Michelangelo which is just next door to Michel’s Deli & Café. Of course, they serve more than just the best pizzas in town.

There’s much to degustate at Michel’s as well as buy and bring home. Cheeses, pates, hams, sausages galore, and imported goods. Like a bottle of the fattest white asparagus from Spain. Put it on display and it’s going, going, gone, never mind the price tag, P700.

Expect the best of French gastronomy, cheese and wines to attract the French community as well as gourmets in general to Soiree Beaujolais 2013 to be held in Cebu on Nov. 29 at the garden of La Maison Rose.

It is under the auspices of Alliance Française de Cebu whose president is Michel, honorary consul of France in the Visayas. Director of AF is Louis Thevenin who has mapped out the celebration. Involved is Le Club—The French Chamber of Commerce; and also the Marco Polo Plaza Hotel.

This year’s theme is Streets of Paris. The undertaking is a fund raiser for the Arcanys Early Learning Foundation, concerned with educating children in the poverty-stricken Ermita area in Cebu City. Ten teachers coach children in math in their homes, and involve their parents as well.

The price of a ticket to join the fun at Soiree Beaujolais 2013 is P2,100 per person. Prizes worth half a million will be raffled off to lucky winners. The grand prize is a two-night stay at the Dedon Resort, for two, in Siargao.

Alumnae of Colegio de la Inmaculada Concepcion (CIC) in Cebu are looking forward to the grand annual homecoming on Dec. 8. Its president, Tina Jordana, and the rest of her hierarchy are drumming up attendance.

Former CIC colegiala Pilita Corrales is coming, and will render her best songs. Most excited are her former classmates like diamond jubilarians Carmen del Prado and Angelina Labucay Escaño.