Can we rebuild our heritage? | Inquirer Lifestyle ❮ ❯ 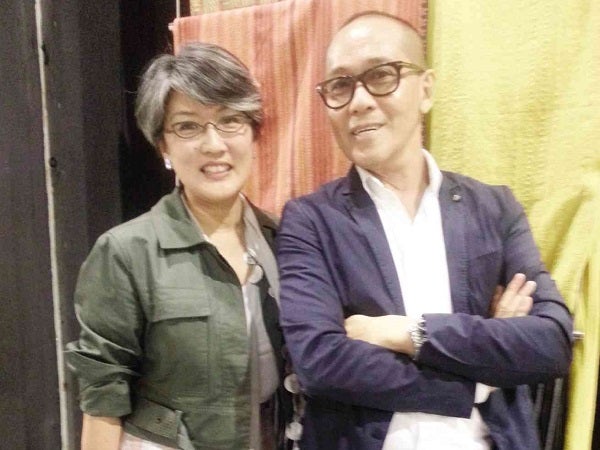 Can we rebuild our heritage?

It took a major earthquake to make us realize that other than people’s lives, we also value our heritage structures, our centuries-old churches.

What the regular plea of the culture officials and heritage advocates wasn’t able to do, an intensity 7.2 earthquake did in a heartbeat.

Last week, even big business vowed to help restore the historic churches that have been damaged in the calamity, and perhaps preserve the many others scattered all over the country—and taken for granted.

Ino Manalo, the National Archives head and an adopted son of Bohol, text-messaged us that he was reduced to tears when he heard of how the earthquake had brought destruction to his beloved Bohol.

A Manileño who headed the Metropolitan Museum, he made Bohol his second, if not real, home the past decade or so. He helped propagate its crafts and customs, promote its attractions, going beyond its scenic beauty and deep into the architecture of its old churches and old homes that were being dismantled with greater frequency.

He loved to tell us how there was never a boring day in Bohol, because each day would yield a surprise for him. There would always be an old beautiful home to discover, he’d tell us.

He showed us around his Baclayon. There, one Christmas, in one section of his home which he turned into a live entertainment area, he let us watch a puppet show presented by the children of his neighborhood. Wielding the puppets they made themselves, the children staged a Christmas tale Ino wrote himself.

Last week, Ino and the officials of the NCCA flew to Bohol to assess the damage.

I’ve never been to the worst-hit Loboc church, but I have toured the other church that suffered damage last week, this time in Cebu. The Sto. Niño Basilica right in the city is a destination shrine that draws flocks of devotees every day. It is held dear by Cebuanos and other devotees of the Child Jesus from everywhere.

Back of the altar

A few years ago, my good friends in Cebu, Marissa Fernan and Teresin Mendezona, brought me to the basilica to see not only the main church but also its rectory, library, and most important, the back of the altar, from where we saw up close the antique image of the Sto. Niño, which pilgrims from the world over came to visit in Cebu. We were toured by Fr. Tito Soquino, a member of the Basilica.

The stairwell leading to the rectory bore portraits of friars and priests of the bygone era. The library had antique books and artifacts. You could spend at least a good morning marveling at these antiquities.

I remember, mounted on the wall of the library was a 100-year-old retablo of a double-headed eagle, an emblem of the King of Spain, and also a symbol of the Sto. Niño.

Fr. Soquino told us just last Friday that the antique retablo was damaged in last week’s earthquake. The belfry, which was destroyed, is 300 years old.

With some sadness over this calamity—the third major disaster to strike the Basilica since the original was built three centuries ago—Fr. Soquino noted that the Basilica is celebrating its 50th anniversary in 2015; it was named a basilica in 1965—the first in Asia—by Pope Paul VI.

Other than those material possessions, however, what impressed you about the tour was the priest’s informed appreciation of the historic value of his religious domain. Not only did he know well enough about the antiquities in his parish’s possession, enough to talk about them to curious visitors like us; he also obviously felt strongly about their value.

Sadly, however, this is not always the case with many priests all over the country. The ’80s—the height of antiques buying in the country—were replete with stories of priests selling off the antique images and parts of their churches. The practice hasn’t waned.

To raise money or for whatever urgent needs, parish priests sell whatever they can from their parishes, from old icons to architecture elements.

Or, they mess around with heritage structures, modifying their original designs or adding elements that ruin their architectural intent that harked back to centuries.

Some concerned people in Taal, Batangas, for instance, are now protesting the construction of an adjunct structure to the Basilica of Taal, the biggest basilica in Asia. Taaleños like noted sculptor Ramon Orlina are aghast that an events place (for weddings, etc.) under construction is jutting out like an eyesore from their historic basilica.

This earthquake is a jarring wake-up call for everyone. The country is losing its centuries-old churches not only to the elements or as a result of natural calamities, but more often, to the people who see no immediate material value in them. We’re losing them to neglect and the indifference of the community.

It takes a good sum to maintain and preserve these churches. Now that big business has signified its willingness to help restore and preserve the churches, perhaps the country’s top firms can adopt churches which they can help maintain and restore, so that the huge financial upkeep doesn’t rest solely on the parishes.

They can adopt such projects as part of their corporate social responsibility, a most tangible CSR.

Big business can also fund the technology and research needed to preserve these centuries-old structures. Conservation architecture should thrive in a country such as ours that is rich in colonial remnants.

How can we teach our children—and the future generations—the value of the past if there are no tangible signs of it?

And, as has been often said, culture tourism can be a very viable industry that can yield sustainable sources of livelihood for the communities. What countries such as Singapore would give to have the heritage structures such as ours. And yet, Filipinos spend good vacation money to tour heritage sites abroad.

Months of Napoles left you infuriated, insulted and feeling hopeless and helpless. A week of news about the destruction wrought by the earthquake leaves you dejected and incredulous.

A welcome relief from all that is a visit to Manila FAME (The Design & Lifestyle Event); it not only gives you visual delight, but also lifts your sagging spirit. The design of the cavernous hall, which houses about 20 booths, is clean, contemporary—not fancy or visually cluttered. It is good space planning and not ornamental.

The setting draws your eye to the products on display in each booth, in various settings. The products—furniture, home accessories and furnishings—are contemporary, innovative, world-class, and fresh. A seamless marriage of form and function. A viable fusion of technology, material and design.

Most important, the point is, what the Filipino—as designer, craftsman and manufacturer—can do.

“We wanted something that opens the view. Fresh. It must project the products,” Budji Layug told us as we toured the exhibits. Instead of tapping foreign consultants or designers, this time, Citem tapped Budji Layug+Royal Pineda to design the exhibits of home design on the ground floor and the fashion accessories on the second floor.

The designs on display were simply breathtaking. Be sure to check out the works of Kenneth Cobonpue, Layug (including the metal wall sculpture of his son, David Layug), the mirrors of Rene Alcala, the setting of Ito Kish, wire furniture (see her lamp that looks light as a feather) of Ann Pamintuan, the lounge chair of Tony Gonzales, and many others.

We stopped by the inabel display of Al Valenciano, where we ran into Irene Marcos-Araneta. Al and Irene have been developing the Iloko inabel and promoting its uses in various settings of the contemporary home—blankets, pillow cases, table runners, seat upholstery, lampshades.

The development of the handwoven Iloko cloth continues, its experimentation with colors, patterns and uses. In time, it is hoped that it will be in viable commercial quantities.