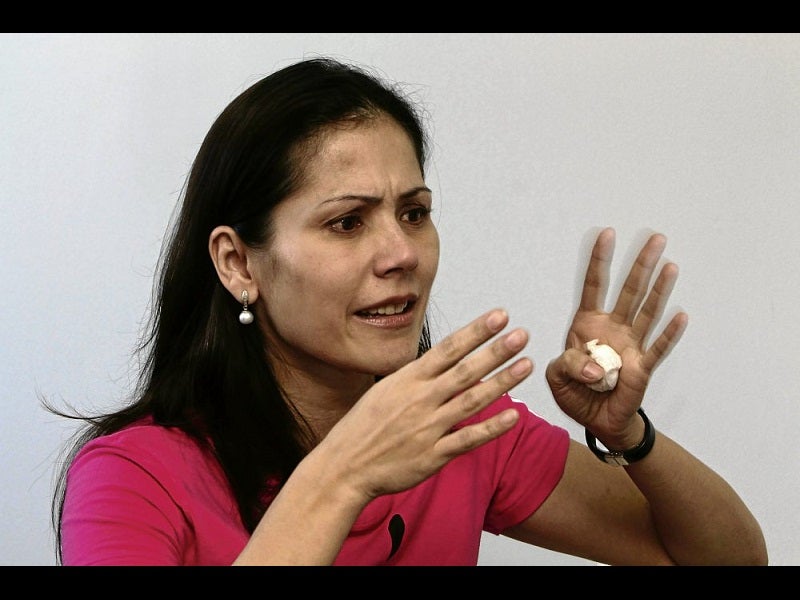 How does chemo work? 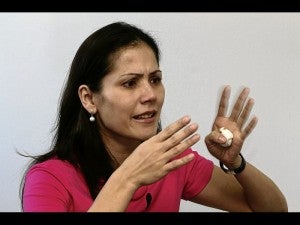 KAYA KAMI may ganito (points to a scar on her chest). It goes directly into your veins, not your bust. There is a port. A port is like a tansan-shaped paraphernalia that has two very tiny tubes attached to it.

They insert the tansan-like thing under your skin so nakaumbok, makikita mo iyong tansan shape.

The tube is inserted directly into your aorta, in your heart, so every time you have chemo, blood test, everything that needs a needle, they course it through there so it saves you from having veins collapsing. You’re in much pain na nga, tapos biglang mawawala iyong needle.

The tansan is permanent throughout the treatment.

Melissa (de Leon) decided to keep it until a year after the treatment; me, the day I was done, I claimed that, “Lord I am done.” I had it removed the same day. My journey is over. Roadblock lang iyan. Mine was Stage 2.

It’s hard to explain how the whole process is. In a nutshell, you get diagnosed when you feel the lump or some kind of pain or physical ailment that gets you to the doctors to have it checked.

You will have a biopsy, then you’ll be scheduled for surgery to remove the mass or lump.

You will then be scheduled a week and half afterward, the pathology lab will come back to you with a result—if it’s cancer or not.

If not, all’s well and good, you go one with your life.

If it is, it’s the beginning or your journey, and you’ve already had a surgery.

During treatment they remove all your lymph nodes, then they test those that are already infected with cancer. I’m blessed because even if the size of the tumor is stage 2, all my lymph nodes are negative, so they reversed it to stage 1. But because of my age, I was 30, the American doctors assumed it would be the aggressive kind because the younger you are, the more aggressive the cancer is.

’Di ba when you’re young, agresibo talaga cells mo and as you get older your cells don’t regenerate as fast? Kaya you don’t look as beautiful as when you’re in your 20s, when your cells are regenerating very quickly. Same thing with cancer but in a bad way.

What is a cancer cell?

It’s a regular cell that just went a little crazy.

It means on an average, hypothetically, a healthy cell will divide once every five seconds, then your dead cells rub off so you’re healthy. We are made up of billions of cells. Something in your life triggers it so that one cell divides every three seconds instead of five.

That one cell has gotten taranta, and because it’s dividing faster than the rest of the cells, it would be taking up all the space.

Imagine us, we divide every three seconds, we fill up this space. That’s how a tumor grows, so you have to arrest it, catch it, kill it.

Chemo is the combination of three to four different concoctions of drugs, depending on what kind of cancer you have to attack those cancer cells.

That’s a mystery. They say it’s stress, pollution, the food you eat, it could be genetic.

What are the natural methods you took?

I take young barley powder during chemo. In my experience, there’s no risk in natural stuff, it’s like food.

When I was undergoing my first chemo, it took 21 days for me to recover. I was put in reverse isolation, where you’re in a plastic bubble and no one is allowed except for nurses who look like they’re in a space outfit. It was for my immunity. The only thing I was allowed to have in the room was a laptop so I could read up.

I came across young barley powder, which is a natural product sold in most health food stores. I tried it immediately as a drink. It’s in powder concentrated form. It tastes horrible, but I’d rather drink it. Lasang damo. It’s like wheat grass, but with twice the orac value. Orac is the natural antioxidant value.

Did you get depressed?

It’s like any law in your life, you go through stages, denial, anger… It’s part of the healing process to go through depression. Ang word na depression masyadong mabigat, it wasn’t like depression for people who have to get Prozac.

Denial, then you’re angry then confused. You go through this whiny stage, self-pity then acceptance. You realize the worst thing could happen, you die.

What about people who don’t know how to communicate?

Nangangapa. When I got back, Kara called me, she was the first survivor I met locally. I felt, how come I’m 31 and people have pala cancer and I’ve never heard of it?

How did you meet?

She said, “I don’t know if you know me but I’m the niece of Inday Badiday,” and I knew Ate Luds very well because I’ve been in show biz since I was 19.

“I’m a survivor like you, do you want to meet up?”

We were there in a lunch with Tricia Borromeo. She was the only one I knew who was doing all natural at the time, coffee enema.

I’m still doing my barley. I brought it to the country because I got sick and tired of buying it abroad. I found a supplier. It’s P1,000 per box in Watsons. It repairs cells.

On the Internet, there’s a woman called Doris Day, not the singer, but an American survivor with Stage 4 cancer. ‘Yung nana lumalabas na sa breasts niya. Doctors already told her, “Too late, we can’t do anything.”

She did nothing but barley diet, and in two months her breasts healed.

I read this online when I was on chemo and I was, like, “What have I got to lose?”

You drank it even if it tastes bad?

When you’re dying, honey, you’ll eat crap if somebody told you crap would make you feel better, if they say tae ng kalabaw, kakainin mo iyan.

Meron pa rin. I’d call Patty Bettita, and ask, “Are you going to eat that,” we’d all ask each other, pwede bang kumain na ganito? You have a sisterhood like no other.

No more stuff with preservatives?

Are you kidding? I love chips. Cheetos! We’re bad.