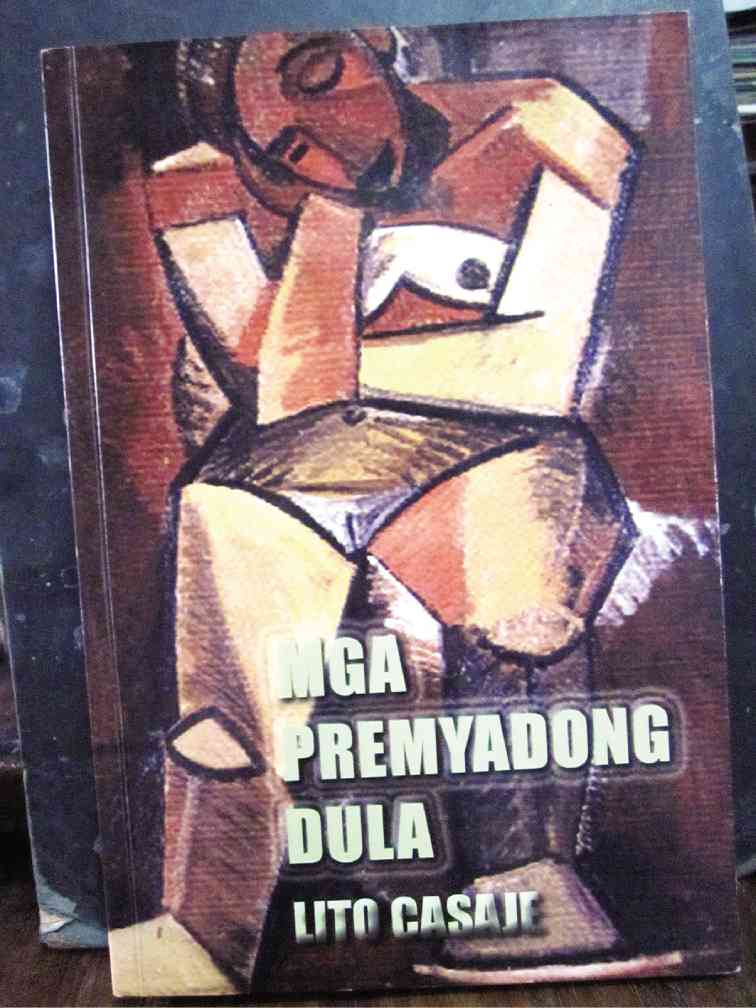 Playwright-director Lito Casaje is the spokesperson of the educated middle-class of the 1980s and 1990s.

His characters are university-bred, conversant with literature (reading novels like Gabriel Garcia Marquez’s “Love in the Time of Cholera”), liberated, switching easily from Tagalog to English—and leading emotional roller-coaster lives.

This impression has been reinforced by the publication of Casaje’s prize-winning plays “Mga Premyadong Dula” (De La Salle University Press). The introduction is by playwright-columnist Isagnai R. Cruz.

The play is set in Queens, New York, in 1984, with rallies against the dictator Marcos back home and an AIDS epidemic raging in the Big Apple. A group of Pinoys meet in an apartment and confront their demons. Louie is hopelessly in love with the amoral Cindy, while the gay Gary has the hots for the hunk Louie. There is a lot of profanity here. Things come to a head during a party, with violence erupting and Cindy’s shameful secret revealed.

“Editoryal” is set in the summer of 1985 in Tagum, Davao, and resonates in our time because it deals with the killing of crusading newspapermen. “They’re killing newsmen faster than the local brod can write  ‘30’” declares a media man, Charlie.

There’s a corrupt assemblyman who manages to buy an upright columnist, Jeffrey, but when his colleague Roger is kidnapped, Jeffrey suffers pangs of conscience and atones for his lack of principles.

“Separasyon” is an all-woman play which was first presented at Teatro Hermogenes Ylagan, University of the Philippines Diliman, and starred Eugene Domingo as Shiela with direction by Anton Juan Jr. All the characters are UP products; in fact, they are known as the “Oblation Girls.”

Indeed, Dr. Holmes is needed here because conflicts arise among the women due to their differing situations and perspectives. A common thread is relationships with men. Sheila is all bluster and bombast but this is just a front. She can no longer bear a child, and wants to adopt the baby Becky is planning to abort.

The setting of “Matrimonyal” (1995) is an island resort in Zambales. Here, during Holy Week, come a couple long separated, Ernie and Monette, each with their own lover. Their 11-year old son, Raymond, joins them. Also around are Tessie, kumare of the couple, who is disabled and grieving for a lost love; and Louie, a cousin of Monette.

Ernie and Monette hope to end their situation harmoniously and take up with their respective partners. But complications set in, and as in any Casaje play, things become acrimonious. It is the aspiring writer Louie who best sums up the situation. Asked about his novel, he describes it as being “about the intricacies and complications of love—being in love and falling out of love. It’s about human relationships.”

The setting of “Padre de Familia” is the Alabang residence of Alfonso, who is hosting a party with his family and friends. Things soon become nasty. The children are disrespectful to their Lola Rosa, the son lusts after his sister, the wife is making out with the brother-in-law, and so on.

What is going on there? It turns out that Alfonso, a middle-aged bachelor, hired a group of professional actors to fulfill his fantasies of being a padre de familia. There are constant references to a script that has to be followed, and the whole charade has to end at midnight.

“Padre de Familia” is the most imaginative and experimental of Casaje’s plays, with crackling dialogue and laugh-out humor, as the characters sometimes stop playacting and demand their talent fees.