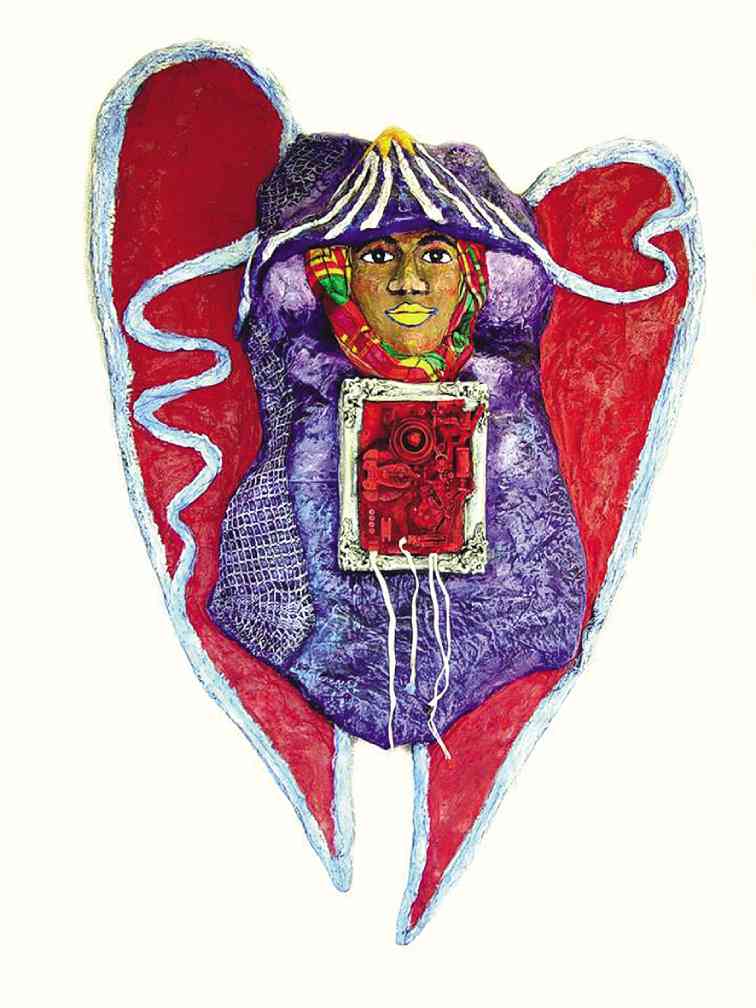 After the Edsa People Power revolt, activists in the women’s movement led by Sr. Mary John Mananzan, OSB, came together to work on the objectives and syllabus of an Introductory Course on Women’s Studies. The course was made a requirement for graduation.

In 1988, the SSC established the Institute of Women’s Studies as an affiliate unit of the college.

Endaya, a feminist artist, has agreed to share with the IWS her works for the celebration. Students, faculty and alumnae are gathered in a conference discussing the future of feminism in the Philippines.

Eminent art critic Alice Guillermo wrote of Endaya: “She has focused on the plight of the Filipino [woman] in her various contemporary roles in a feminism that is articulated with the quest for national liberation. Most remarkable is her use of indigenous materials and folk symbolic elements to convey local textures and colors along with their rich social and historical connotations.”

The exhibition gathers a selection from the artist’s various periods of development. “February’s Bloom” (1986) is about a woman’s uncertain euphoria over Edsa People Power. “Bahaghari ang Kulay ng Pag-asa” (1987) depicts mothers’ call for peace amid clashing political beliefs and ideology.

Two pieces from the mid ’90s are about women advocating appropriate technology in developing cultures. “Kasibulan” (1996) is about the feminine middle age. A 2007 installation about comfort women fighting to regain their dignity and honor is recreated.

“Pusong Wagas” (2013) is about today’s feminism rooted in pure love of country, exemplified by Gregoria de Jesus and Andres Bonifacio. The exhibit is open to the public until Nov. 19.