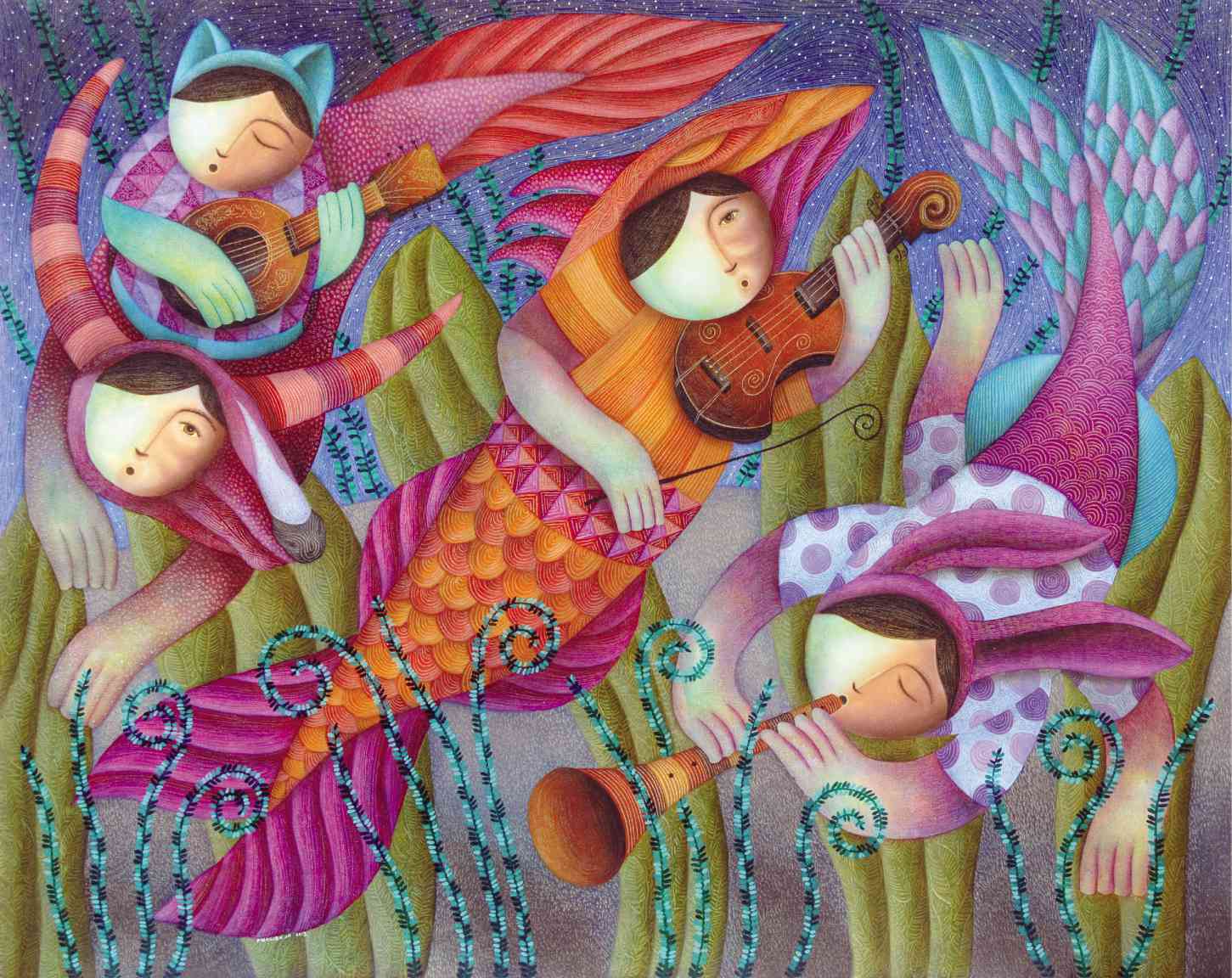 Coming off from a successful collaboration with Carlo Ongchangco, Francis Nacion will hold his fifth one-man show at Galerie Stephanie on Oct. 24-Nov. 8.

The paintings of Francis Nacion are for being colorful, lively and visually arresting. His compositions are playful, drawing on the folk belief in the ability of spirits to take the forms of humans and animals.

“Midnight Sonata” is a fantastic example of this. In this painting, the bluish tint of dusk marks the start of a festival of spirits where music and song waft up into the night sky. Here, animals take their true spirit forms, in a ceremony that is a joyful and jubilant affair.

“The Explorer” is a more contemplative piece. Here, we see a spirit in the form of a horned, wolf-like beast clutching a telescope and seeking out new lands. Framed by the reddish hue of strange vegetation, the artist seeks to instill a sense of urgency around the work—as if the spirit is looking for a new home amidst the destruction of his original environment.

Francis Nacion is a member of the Saturday Group of Artists. His oeuvre primarily deals with man’s relationship with the spirit world. Many of his works have roots in the folk beliefs of provincial folk. His earlier works tended to be darker, but his newer works sees him transitioning to lighter tones and themes.