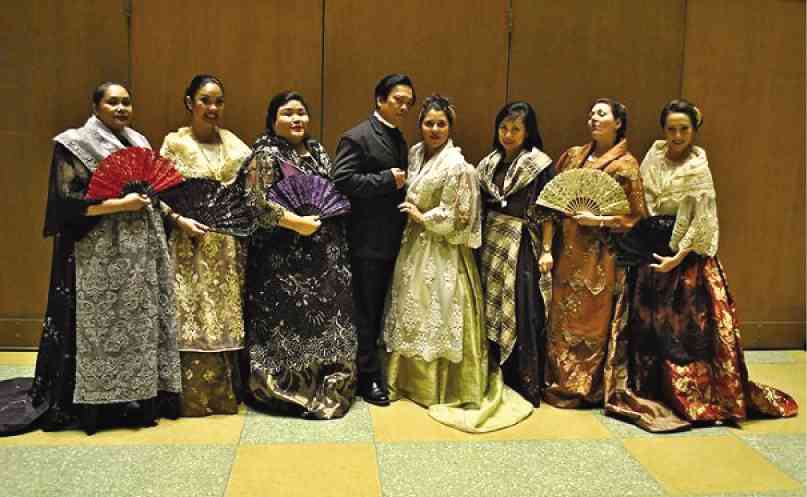 If you want a respite from  man-made and natural calamities, the concert to watch this week is the recital of tenor Arthur Espiritu with pianist Najib Ismail, billed “An Evening of Bel Canto,” on Oct. 26 at Ayala Museum.

Singing with Espiritu are three sopranos: Elaine Vibal, a Jovita Fuentes Vocal Competition (JFVC) winner; Myramae Meneses, the 2012 Aliw Awardee for Best Actress in a Musical and the top winner of the National Competition for Young Artists; and Stephanie Aguilar, last year’s third-prize winner of JFVC.

The program consists of challenging arias and rarely performed scenes from great operas, including the duet from Bellini’s “I Puritani” with its three high Ds (high notes); the exquisite duet from Rossini’s “Semiramide”;  and the fiendish Donizetti’s “La Fille du Regiment.”

Espiritu is all set to debut at the Oper-Leipzig and in Baden-Baden Festspielhaus, Germany, as Ernesto in “Don Pasquale.” He will also be back at Theater St. Gallen in Switzerland as Fernando in Donizetti’s “La Favorita.”

The music news of the week is that Filipino baritone Joseleo Logdat won second place in the Opera category of the 14th Osaka International Music Competition in Osaka, Japan, last Sunday.

A Master’s student at the Elizabeth University in Hiroshima, where he is a member of the Amici Trio, Logdat sang Giordano’s “Nemico della Patria” from Andrea Chenier in the the semifinals last Aug. 23 in Hiroshima.

For the finals, he sang “Per Me Giunto” from Verdi’s “Don Carlo” last Oct. 13 in Takatsuki City, Osaka, Japan.

“This award really inspires me more to continue improving my musicality,” Logdat said.

A student of Hiroharu Orikawa, the baritone said Japanese teachers were very patient and meticulous. “They are very strict but kind and always guided by goals of striving for perfection.”

Logdat has performed with the Hiroshima Symphony Orchestra and was recently chosen as soloist in Bach’s Christmas oratorio in the school’s annual concert.

The New York premiere of Felipe Padilla de Leon’s “Noli Me Tangere” conducted by Michael Dadap got a warm reception from its mostly Filipino audience early this month.

It was presented by Foundation for Filipino Artists, Inc.  led by  its chair, Loida Nicolas Lewis.

Of the major singers in the cast, only baritone Andrew Fernando (as Padre Damaso) was singled out by the New York Times in its review.

Fernando told the Inquirer how he tackled the role. “In the acting part, the evil nature of Padre Damaso masked by his vocation as a friar is something to be carefully and intelligently portrayed. I don’t want to be the snarling and barking Damaso in the opera. I also want a character who thinks that his agendas are for the good of all and for the sake of righteousness. [But] the vocal range of Padre Damaso is wide and thick. Keeping the heft—and at times warmth—is what I needed to bring out in my singing.”

Lewis said she first saw De Leon’s “Noli Me Tangere” performed by a diverse cast  at Harris Theater at Millennium Park in Chicago in June last year. “That rare musical experience has prompted me to bring Maestro De Leon’s opus to New York,” she said.