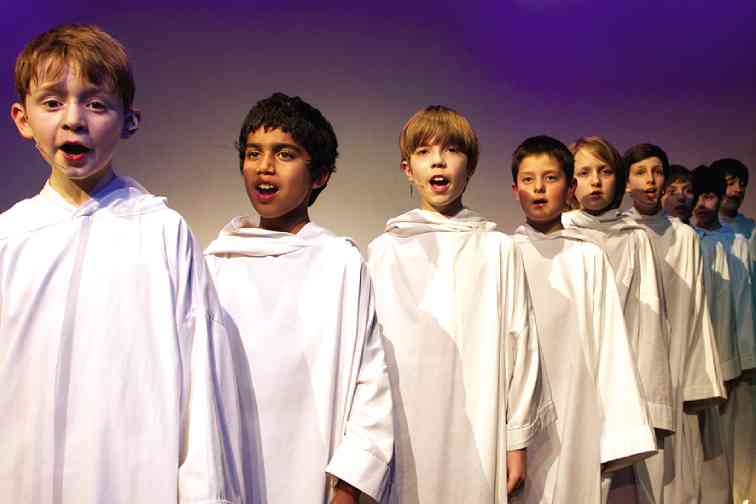 Libera to perform in quake-ravaged Cebu

When Libera, the chart-topping boys’ choir from London, holds its third Philippine concert next week, it will perform in Cebu, which is struggling to rise from the shock of a powerful earthquake that killed and maimed scores of people, and also toppled the belfry of the centuries-old shrine of Santo Niño, the biggest Catholic devotion in the Philippines.

Organizers of the two-night shows such as the British Alumni Association led by former Finance Secretary Roberto de Ocampo and Concertus expect the boys’ choir to provide a musical balm to the physical and psychological scars of the Visayans.

Libera will perform on Oct. 31 in the Chapel of San Pedro Calungsod at the SM Seaside Complex, South Road Properties. Presented in collaboration with the Arts Council of Cebu, the concert will mark the first anniversary of the canonization of the Visayan martyr, San Pedro Calungsod.

Before that, the choir boys will sing on Oct. 29 at the Plenary Hall of the Philippine International Convention Center (PICC) in Pasay City.

In their 2011 show at the PICC, the boys gave a moving performance of “Bayan Ko.”

For this year’s concert dates, they are expected to sing their hits like “Orinoco Flow” and “Angel from on High.” They will also sing carols from their Christmas album.

Their Philippine gigs are part of a broader Asian tour, “Libera, Asia’s Best-Loved Boys’ Choir,” that will also take them to Japan and South Korea. 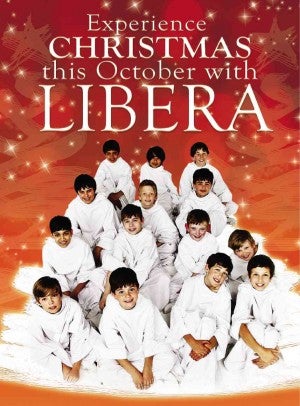 Members of Libera are drawn from South London. Libera means “free,” which may characterize their sound which, although classical, melds with the free-flowing rhythm of pop, so much so that their music has appealed to both older and newer generations.

Familiar to audiences across the world, the boys have an original sound, which is at once ancient and modern. Their distinctive flowing white robes symbolize the traditional origins of their style—yet their music reaches across generations and a new mainstream audience.

Libera’s albums have figured in charts around the world, bearing witness to the extraordinary appeal of this unique “boy band.”

Libera mixes traditional chants with contemporary instrumentation and arrangements. Hence, songs like “Salva Me” and “Libera” reflect the shapes and mood of the old plainchant while combining it with new lyrics and harmonies.

In fact, the song “Libera” was the first to be written for the group. It uses a single line of plainsong with many overlapping tunes and harmonies, which encompass the full range of the boys’ voices.

Some songs are arrangements of well-known classical works. Although the originals cannot be bettered, some lend themselves to the uplifting sounds and harmonies of the boys’ treble voices. The famous “Canon” by Pachelbel, for instance, provides the basis for “Sanctus” and an opportunity for some of the highest treble notes.

The lyrics of Libera’s songs, many of which are in Latin, are frequently drawn from a variety of contemplative and inspirational sources, both ancient and modern, including the Mass, Requiem Mass, Stabat Mater and the Psalms.

Part of the proceeds of their Manila concert will go to Children’s Hour; BAA Foundation for Disadvantaged Children; and the victims of Typhoon “Maring.”

There will also be other events for the Philippine-UK Friendship Week: the launch of  UK Book Month today; a National Theatre Live performance of Shakespeare’s “Macbeth” on Oct. 22; and the Chevening Scholarship event on Oct. 23 .