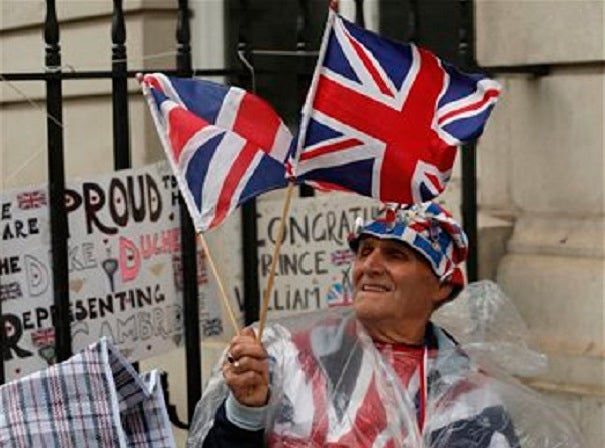 LONDON — Prince William and his wife Kate have asked seven people to be godparents to their son, Prince George, who will be christened at a major royal family gathering Wednesday, palace officials said.

Queen Elizabeth II and her husband Prince Philip plan to attend the christening Wednesday at the Chapel Royal at St. James’s Palace, along with Prince Charles, his wife Camilla, Prince Harry and other royals.

Kate’s parents Michael and Carole Middleton and her sister Pippa and brother James are also on the guest list.

The godparents include close friends from their university days, a friend of William’s late mother, Princess Diana, a childhood chum of William, and a school friend of Kate’s.

They are: Oliver Baker, a friend from St. Andrews University; Emilia Jardine-Paterson, who went to the exclusive Marlborough College with Kate; Earl Grosvenor, who is the son of the Duke of Westminster; Jamie Lowther-Pinkerton, a former private secretary to the couple; Julia Samuel, described as a close friend of the late Princess Diana; Zara Phillips, who is William’s cousin, and William van Cutsem, a childhood friend of William.

Charles and Camilla plan to host a private tea afterward at their Clarence House residence.

George, who was born July 22 and is third in line for the British throne, will be christened by Archbishop of Canterbury Justin Welby.