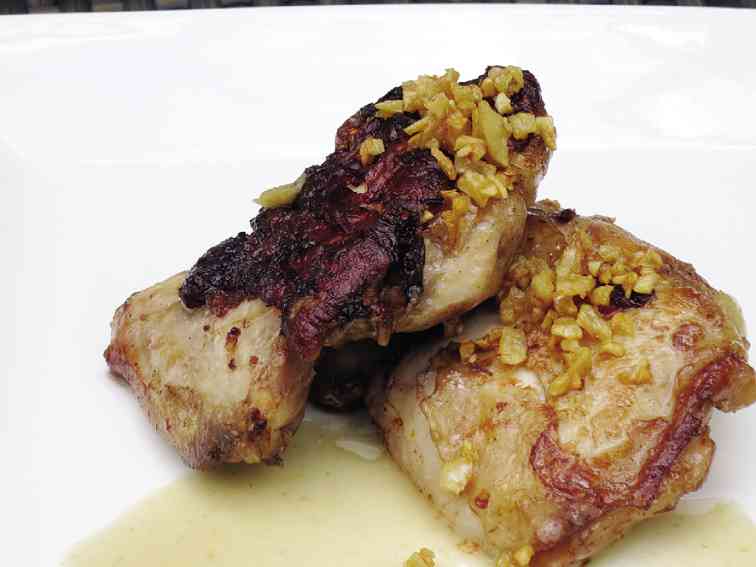 Twenty-five years later, Annie Guerrero reminisces fondly about the restaurant she and her daughter Badjie founded.

Having grown up with a mother who was a home economics teacher, Annie was a natural in the kitchen. In 1988, she decided to turn this passion for cooking into a business, and found a willing partner and helper in her daughter Badjie.

Like many entrepreneurs who would eventually find success, they started modestly. Their first kitchen was in a house made of adobe tiles, which they divided into a section for baking and another for preparing takeout meals. Mother and daughter had help from only  seven employees (dishwashers, bakers and cooks); Badjie had to double as cashier.

It didn’t take long for the students in the nearby schools to discover that this was one place where the cakes and pastries were scrumptious, with the homemade taste not found in commercial bakeshops.

“The blueberry cheesecake was a bestseller, as were the mocha praline, mango bars, cheese cupcakes and ensaimada,” Badjie recalls.

The staff got so busy filling orders that sometimes their Kitchen Aid mixer would overheat.

“To cool it, we would put a cold towel over it,” Annie says.

Since there were no tables and chairs, the students would end up eating in the parking lot.

“Yung mga estudyante, nagkakalat,” Annie noticed with dismay.  Finally, she and Badjie brought in some furniture from their own house.

A dining room with a few tables and batibot chairs was improvised outside the kitchen. The coffee they served then cost only P6, and a slice of blueberry cheesecake P18. Annie would regularly count the number of customers they had.

As the number increased, so did the size of their restaurant.  The number must have kept increasing, because it seemed that the restaurant was always under construction.

Today, they no longer need to count customers. Cravings—as they eventually named their restaurant—is now entrenched in the culinary scene.  It has six branches and some sister restaurants and events places as well (C2, The Coffee Beanery, Oceana, Casa Roces, Orange Place, Wicked, The Seven Suites, Lombardi’s and Lucia).

In addition, The Cravings Group has two schools—the Center for Culinary Arts and the Asian School for Hospitality—both of which have seen many of their graduates go on to successful careers.

Being a dedicated environmentalist, Annie is especially proud of Cravings’ ISO 14001 certification. This recognition certifies that the resto practices sustainable operations and works within the framework of an environmental management system.

In celebration of its 25th year, Cravings is serving, until the end of the year, a special commemorative menu that  includes its classic bestsellers and new dishes. Some dishes will even be available at their ’80s prices.

During a recent luncheon in their elegant Quezon City home, Annie and Badjie served some of these classic dishes, and a few of their own favorites such as Chicken a la Pobre—chicken thighs marinated in a blend of seasonings and spices then grilled and topped with toasted garlic. It’s a simple recipe that home cooks will surely find delightful.

In a bowl, combine garlic, cayenne pepper, liquid seasoning and Worcestershire sauce. Marinate chicken thighs in the mixture for 10-15 minutes.

When ready to cook, spray griller with nonstick cooking spray, or brush griller with cooking oil. Heat the griller to medium heat. Remove the chicken from the marinade and grill the chicken thighs, skin side down first. Turn chicken thighs over after around 10-15 minutes and continue grilling until chicken is fully cooked and tender. Serve with toasted garlic and with gravy, if desired. Makes six servings.

If desired, you can debone the chicken. Spread out the chicken, butterfly-style. This will make it cook faster.

So as not to burn the garlic when toasting it in a pan, use only low heat and stir the garlic in the pan continuously until it turns a light golden brown.