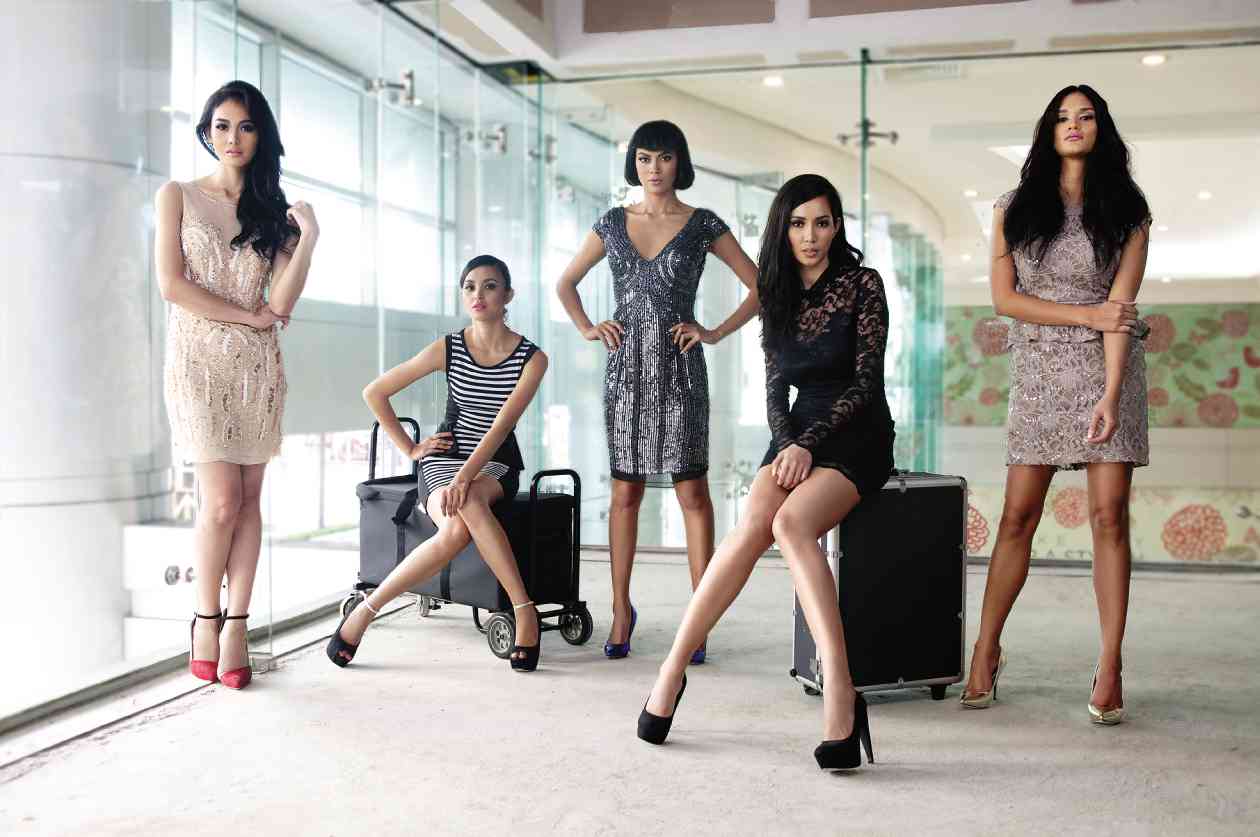 In the next 10 minutes, in came Miss Universe Philippines Ariella Arida, Binibining Pilipinas International Bea Santiago and Miss Supranational Mutya Johanna Datul. Arriving last was Binibining Pilipinas Tourism and recent Miss Tourism Queen International semifinalist Cindy Miranda. Clad in laidback shorts and skirts, the girls automatically marched to their seats, ready to be worked over by a  team of beauty experts and stylists.

Two beauties—Ariella Arida and Bea Santiago—share the current spotlight as they battle it out in their respective competitions. Arida is in Moscow for the Miss Universe pageant, while Santiago has over a month left before she flies to Tokyo, Japan, for the Miss International contest.

Interestingly, the Philippines is no stranger to both pageants, having won twice in the former and four times in the latter. This year, a win for either—or both—will again position the Filipino woman as a truly global face of beauty.

“Traveling alone,” Arida spontaneously answered when asked what her fear was in this once-in-a-lifetime endeavor. “I actually fear travel more than competing in this pageant!” It is technically her first time to fly alone “on a mission” and the pressure is on for her.

Ready to befriend and get to know her 86 fellow contestants, Arida also dreams of having fellow Filipina, Miss Canada Riza Santos, as her roommate.

Santiago looks forward to her pageant with the same verve and anticipation.

“I’ve seen some of my fellow contestants’ photos. Among them are Miss India, Miss Australia, Miss Kyrgyzstan, Miss Korea, to name a few. I’m confident I can stand out and do it,” Santiago declares.

The girls only see more success coming for the Filipina. Wurtzbach is a believer in second chances. “Yes, I’m prepared to learn and grow even more—that’s why I’m giving it another try next year,” she says. As for  Arida, whether its growth, development or success, there’s a reason behind everything: “I’m doing this for the country. For the Philippines.”

THE GATEWAY Tower, one of the newest landmarks of the Araneta Center, is Philippine Economic Zone Authority (PEZA)-certified and a truly modern expanse with 26 levels of premiere office space.

Adjacent to and connected on four levels to the Gateway Mall is the soon-to-rise 31-level world-class office skyscraper. Beautifully located in a strategic spot, this newest addition to the Cubao landscape will have over 80,000 sqm of prime office space, nine high-speed elevators, five levels of luxury retail and three levels of basement parking.