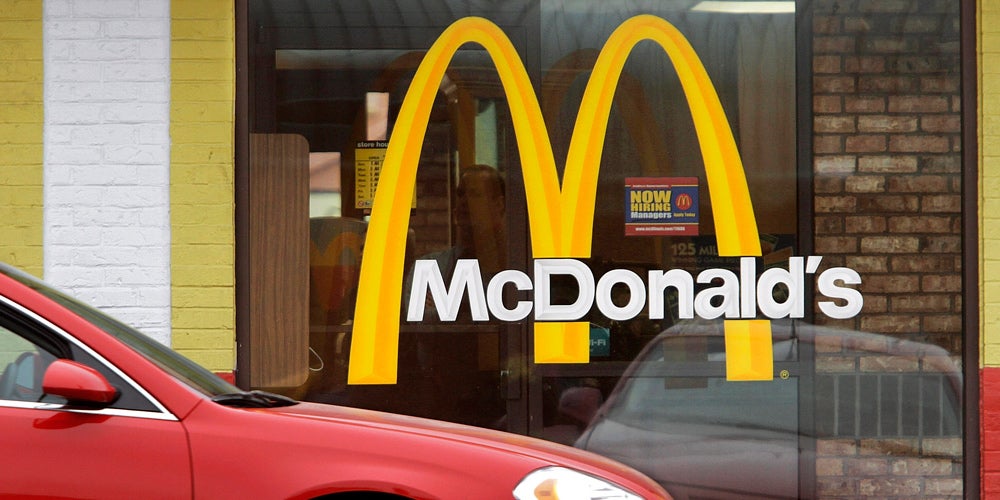 In this Oct. 17, 2011 file photo, a car moves through a McDonald's drive through window line, in Springfield, Ill. The fast-food giant said in a statement Friday, Oct. 25, 2013, that it is cutting ties with condiment company Heinz after 40 years due to management changes there. A former Burger King CEO became head of Heinz in June after the company was bought by Warren Buffett's Berkshire Hathaway and 3G Capital. 3G, a Brazilian investment firm, also controls Burger King. AP

McDonald’s said Friday it was dropping ketchup king Heinz as a supplier of the key hamburger condiment, citing management changes at Heinz that put the company closer to rival Burger King.

McDonald’s said it was ending a relationship of over 40 years as it axed Heinz from its supplier list.

“As a result of recent management changes at Heinz, we have decided to transition our business to other suppliers over time,” it said.

In February, US investment star Warren Buffett’s Berkshire Hathaway together with Brazil’s 3G Capital took over Heinz in a $28 billion deal.

That move brought Heinz closer to Burger King, which is controlled by 3G.

The change would not be a large blow to Heinz. McDonald’s said it only used Heinz ketchup in two US markets, Minneapolis and Pittsburgh, as well as some foreign markets.

McDonald’s said in a statement that it would work with Heinz “to ensure a smooth and orderly transition of the McDonald’s restaurant business.”

The company said they “are confident that there will be no impact to our business, our customers and our great tasting food at McDonald’s.”