Getting to know the cast members of Repertory Philippines ‘The Producers’ | Lifestyle.INQ ❮ ❯ 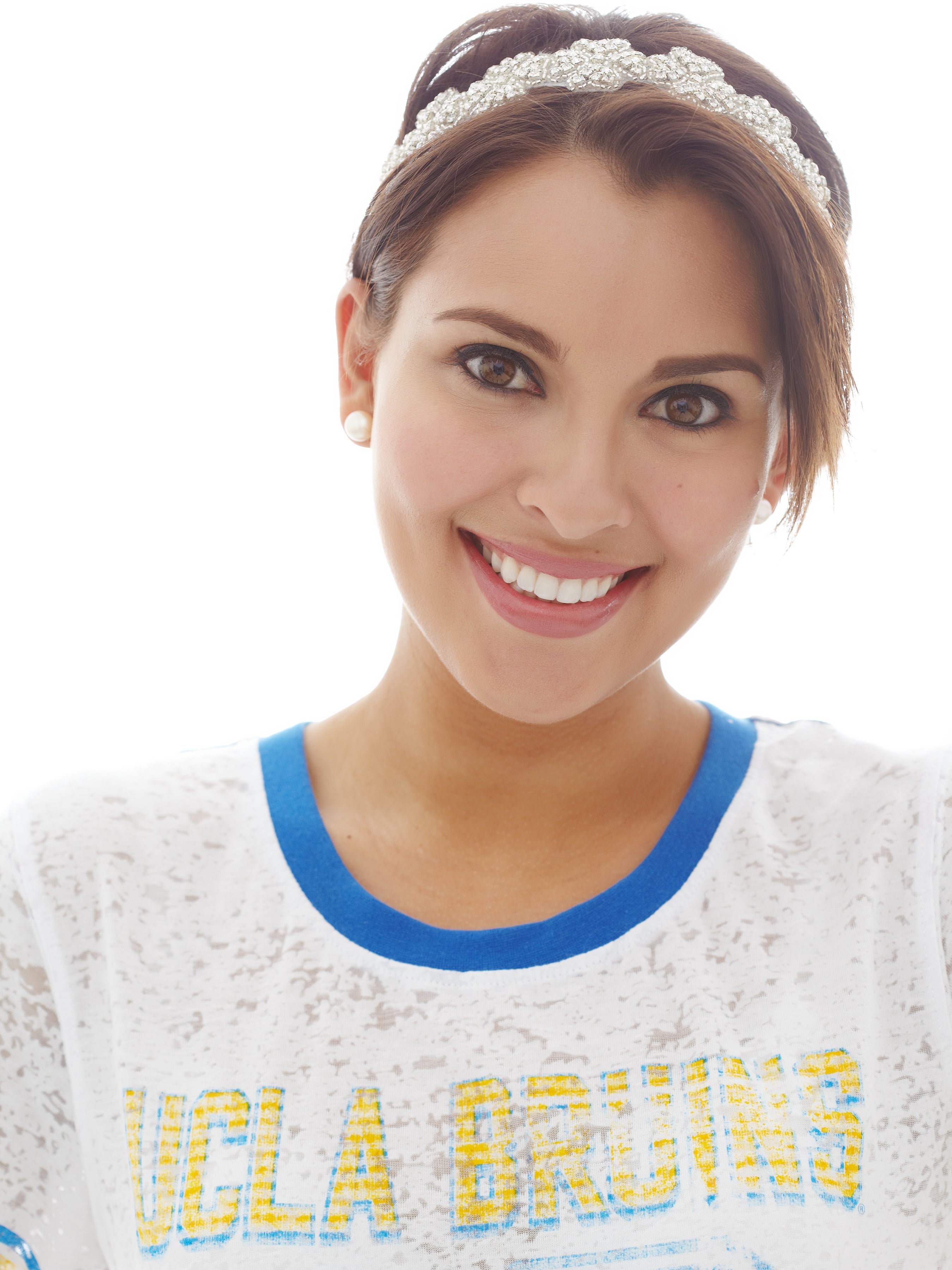 Getting to know the cast members of Repertory Philippines ‘The Producers’

Adapted from the 1968 Mel Brooks film of the same name, “The Producers” was written by Brooks and Thomas Meehan, with songs arranged by Glen Kelly and Doug Besterman. As in the film, the story concerns two theatrical producers who scheme to get rich by overselling interests in a Broadway flop. The humor of the show draws on ridiculous accents, homosexual stereotypes and Nazis, along with many show business in-jokes.

The original Broadway production, starring Nathan Lane and Matthew Broderick, opened at the St. James Theatre on April 19, 2001, and ran for 2,502 performances, winning a record-breaking 12 Tony Awards. It spawned a successful London production running for just more than two years, US national tours, many productions worldwide, and a 2005 film version.

Carlo Orosa is an accomplished recording artist and stage actor who has garnered recognition in both music and acting. He has been nominated in three separate categories at the prestigious Awit Awards, the 2004 and 2008 ceremonies of which he was later invited to judge.

Though known primarily as a pop singer, Carlo has done lead and supporting roles in musicals such as “Joseph the Dreamer,” “The Great White Way (Beauty and the Beast),” “The Happy Prince,” “First Name,” “Honk!,” “Florante at Laura,” “Once On This Island,” “The Lion, The Witch, & The Wardrobe,” “The Little Mermaid,” and most recently, “N.O.A.H. (No Ordinary Aquatic Habitat)”.

He has also worked alongside international superstar Lea Salonga (with whom he shared a record label, Octo Arts EMI, from 1989 to 1991) as a guest in her Broadway Concert at the PICC Plenary Hall in 2002. He first worked with Lea as the Teen Angel and Johnny Casino in the Philippine run of the Broadway musical Grease for Maxi Media Productions at the Meralco Theater in 1994, and, more recently, he was featured alongside her during a visit of UK Prime Minister Tony Blair to the Philippines in 2009.

His life testimony was aired in The 700 Club, a distinguished TV program (hosted by evangelist Pat Robertson) that regularly features prominent figures. He has also been the Philippine National Director for the World Championships of the Performing Arts since 2007, and has produced Junior World Champion Performers for three straight years (Aria Clemente in 2007, Catherine Loria in 2008, and Rhap Salazar in 2009). Currently, Carlo is the Business Unit Head for Stages Production Specialists Inc, a talent management company for various artists, including Christian Bautista, Karylle, Sam Concepcion, Enrique Gil, Jay-R, Krista Kleiner, Nanette Inventor and Hayden Kho.

His other theater credits include “Carousel,” “You Can’t Take It With You,” “The Sound of Music,” “Moose Murders” and “Sweeney Todd” (as Adolfo Pirelli).  He has also appeared in Rep’s Children’s Theater; playing the Emperor in “The Emperor’s New Clothes” (1994), Gepetto in “Pinocchio” (1996), Fred (a dwarf) in “Snow White” and “Cat-in–the-Hat” & Mr. Mayor in “Seussical”.

Outside Repertory Philippines, Zialcita has been a part of productions like “Baby: The Musical” (for which he was nominated for an Aliw Award), “Chess,” Disney’s “Beauty & The Beast” and “Xanadu.”

Topper Fabregas has recently starred as Claire in the critically acclaimed run of Jean Genet’s “The Maids” for MusicArtes. He was last seen on the Repertory Philippines stage in the hilarious “Boeing Boeing” (as Robert Castin) and served as assistant director for Disney’s “Camp Rock”.

For Trumpets, Topper’s other acting credits include Castrato (Peter Maclean), “The Lion, The Witch, & The Wardrobe” (Peter Pevensie: Manila Premiere Cast) and “Honk! (Ensemble)”. For Atlantis Productions, he has appeared in “Urinetown” (Tiny Tom), Disney’s “Beauty & The Beast” (Ensemble), “Baby: The Musical” (Ensemble).

He also portrayed roles in “Aspects Of Love” Manila and Singapore (Hugo/Alex cover) for New Voice Company and Lysander in “A Midsummer Night’s Dream” for Metropolitan Theater Guild. Most recently, he played the role of Joleon in “Digital Divide”, one of the entries in last year’s Virgin Labfest at CCP. Topper also served as assistant director of the original musical “Breakups & Breakdowns” for Upstart Productions.

In 2007, Topper left Manila to complete his studies at the Circle in the Square Theatre School in Manhattan. His New York theatre credits include “A Midsummer Night’s Dream” (Lysander/Flute), “Urinetown” (Hot Blades Harry), “And The World Goes Round” (Male 1), “Much Ado About Nothing” (Claudio), “As You Like It” (Adam/Jacques), and “If You Give A Pig A Pancake” for Theaterworks USA.

A regular workshop instructor, Topper also teaches Grade 9 and 10 Drama at Beacon Academy, and has appeared in a number of commercials for Globe, Bioflu, SkyCable, Jollibee, etc. Topper is one of the founding members of the recently launched Red Turnip Theater (along with fellow actors Jenny Jamora, Ana Abad Santos, Cris Villonco and Rem Zamora), Their maiden production, Patrick Marber’s “Closer” is on its last weekend run until Sunday (October 27) with 3 p.m. and 8 p.m. shows.

He is slated to take on the role of John for their production of the off-Broadway hit “Cock,” set to open next February.

Giselle Tongi-Walters, better known as “G,” has been acting in countless Philippine film and television projects for the past 20 years. Also known as VJ G, she became an on-air host for MTV Asia in the nineties. As an actress, singer (for Sony Music Philippines) and dancer, this multi-faceted artist has won a raft of awards, including a Davey, a Telly, an Aurora, and a Metro Manila Best Supporting Actress award.

Theatrically trained at the Lee Strasberg Theater Institute and Broadway Dance Center (concentration in jazz) in New York City, she also holds a Bachelor of Arts Communications degree with emphasis in New Media and a double minor in Film, Television & Digital Media Arts and Theatre from the University of California Los Angeles (UCLA).

Giselle has appeared in multiple presentations of “The Vagina Monologues” in Los Angeles and Manila, and has played Jean in Stage Door and Conchita in Nilo Cruz’s Pulitzer prize winning play “Anna in the Tropics”. Most recently, she appeared as Marlene Dietrich in “Piaf” for Atlantis Productions.

Earlier this year, G completed ABS-CBN’s highly rating “fantaserye” Aryana, where she portrayed the antagonist, Stella. She was also the host of One MEGA’s “Mega Young Designers Competition All Stars” that recently aired on ETC. She has taught for the International Academy of Film and Television in LA, where she mentors actors. She is also involved in SIPA (Search to Involve Pilipino Americans), teaching children Filipino culture through creative dramatics. A proud member of the Screen Actors Guild of America, Giselle’s true passion is to help the plight of Philippine women’s reproductive health and works closely with Likhaan, a Manila based NGO with a similar advocacy. Her proudest accomplishment, however, is being a hands-on mother to her two children, Sakura and Kenobi. She juggled family life as a full-time student all through her college adventures at Pierce Community College and the University of California in Los Angeles and continues to do so in Manila as a working mom.

“The Producers” is set to open on November 15 and will run until December 15, 2013. All performances are at Onstage, 2/F, Greenbelt 1, Paseo de Roxas corner Legaspi St., Makati City.

Tickets are available through Ticketworld at 891-9999.