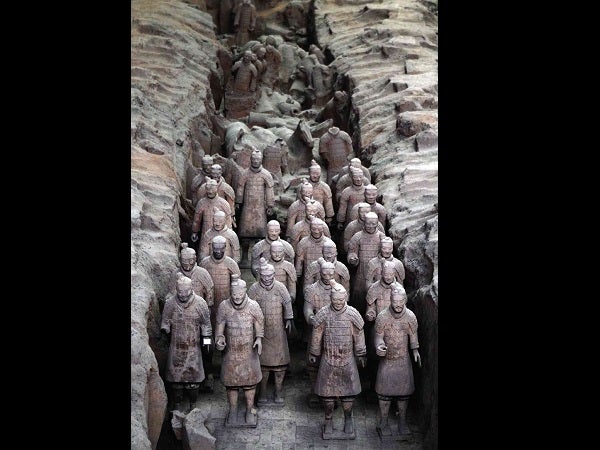 Just ask the Chinese tourists who have helped boost visitor arrivals in the Philippines.

Ask the 13 photojournalists from the Asia News Network as well—this writer included—who recently went on a 15-day journey to China to experience and capture on camera the scenic spots and historical places on roads less traveled to the outsiders.

Like many people, I have thought of traveling the world and immersing in different cultures. Before this trip organized by the English language newspaper China Daily, my fondest memories of the country were limited to the majestic attractions I saw in Chinese films, like Bernardo Bertolucci’s “The Last Emperor.” Like a template, these movies I viewed in terms of long-ago dynasties, Mao Zedong, the Great Wall and graceful calligraphy.

It was larger than life this time around when the Inquirer joined “Beautiful China—Asian Photographers Focusing on China,” which ran from July 22 to Aug. 5.

Colleagues who had visited mega cities like Beijing and Shanghai a few years ago noted the rapid urban changes these well-known political and economic centers had undergone over the past decades.

Our first stop was Minqin county, northwest China’s Gansu province, which is bordered by rolling desert landscapes. Acres of sunflowers stretching into the horizon greeted us from the dusty highways as we traveled deeper into the countryside. Farmers here make a living from seeds and oil extracts. Cuisine is hearty and quite simple; for instance, water-boiled mutton was served with plainly cooked vegetables, which was tasty and filling.

Contrary to the image of the inscrutable Chinese, the people we met here were open and welcoming, plying us with slices of fresh watermelons for snacks at almost every stop.

Known as Chang’an in ancient China, Xi’an City in Shaanxi province is a blend of the ancient and the cosmopolitan. In the midst of a city teeming with people and automobiles is the Ancient Wall with its four main gates, with busloads of local and foreign tourists briskly walking along its extensive ramparts.

The Great Wild Goose Pagoda, erected during the Tang Dynasty period, is just a short distance from a large mall housing local restaurants and a franchise of a large American coffeehouse chain.

Among the province’s tourism crown jewels is the Terracotta Army Museum, which houses the famous clay warriors and cavalry horse sculptures of Emperor Qin Shi Huang, the first emperor of China. Each figure was said to be unique, modeled after actual soldiers who served in the imperial army. Originally numbering around 8,000, they were made with the objective of protecting the emperor in the afterlife. Today, they serve as a testament to the power and grandeur of a long-gone era.

Like a classic Chinese landscape painting, Mt. Huashan is not merely a beautiful vista at an elevation of 2,154.9 meters above sea level; it is also an education in personal motivation and endurance. To experience it, tourists take cable cars that speed upward, cutting through the mist shrouding its incredibly steep slopes. From the platform at its end, one must then walk for an hour to reach one of its peaks. There is, however, a sense of exhilaration and peace when you successfully reach the top.

Tianjin municipality was one of the first Chinese cities to open up to the modern Western civilization. Visitors taking the Haihe River cruise will have an excellent view of its various historic buildings down to the sweeping arches of structures like Dagu Bridge and the Eye of Tianjin.

Zhejiang is regarded as among its wealthiest provinces. Neat-looking, three-story houses are a common sight in the countryside dotted with rice fields and tea farms. The Hangzhou Grand Canal area, which in ancient times served as a crucial nautical highway for transporting military fleet and economic goods, underwent extensive restoration work and is among its major local attractions.

Like other countries whose people cultivate rice in mountainous areas, it has Yunhe Terrace, similar to our own Banaue Rice Terraces. Fortunate visitors may see the sun rising over a sea of clouds from its viewing deck on an early morning. Locals say the best time to see it is during the harvest period or in winter, when it is cloaked by frost and snow.

All of this served as a window to see how this nation has evolved and why their cultural and historical sites will continue to draw in both local and foreign tourists alike.

As for myself, the best memories are not only marveling at the sight of a long-ago army and surviving my first mountain trek, but also of the ordinary things.

A country is felt not only in its grand monuments; it is also felt in its people.

There’s a desert farmer’s young son who gamely posed for our camera—K-pop style—for posterity. The kind-hearted restaurant staff who rushes off to find us a fork when we felt helpless in a crowd of chopstick-wielding natives. Middle-aged couples ballroom dancing with gusto in a public park.

There’s the college student tour guide who eagerly practices his English-speaking skills with us on the way to the next destination, discussing his dreams of becoming a journalist. The waitress who flashes an encouraging smile for our untutored effort of saying ni hao (hello) and xie xie (thank you), the only words we knew. The bus driver in Zhejiang, who briefly stopped by the street side to let the Chinese guide blow the candle on her surprise birthday cake from her seat as we cheered the night before we all took our separate flights home.

We wonder how the Great Wall was built in its massive entirety and the dynasties it spanned toward its completion. One need but look at the aging men who slowly and steadily plod their way up the dangerous slopes of Mt. Huashan, their shoulders stooped with the weight of steel bars in order to build additional structures. And the people toiling in a desert to raise crops that reflect their ability to survive, as the relentlessly shifting sands try to swallow every mark they have made in its path.

It tells us of their strength and resilience in getting a task done to its difficult end. It is the story of every civilization in all corners of the earth.