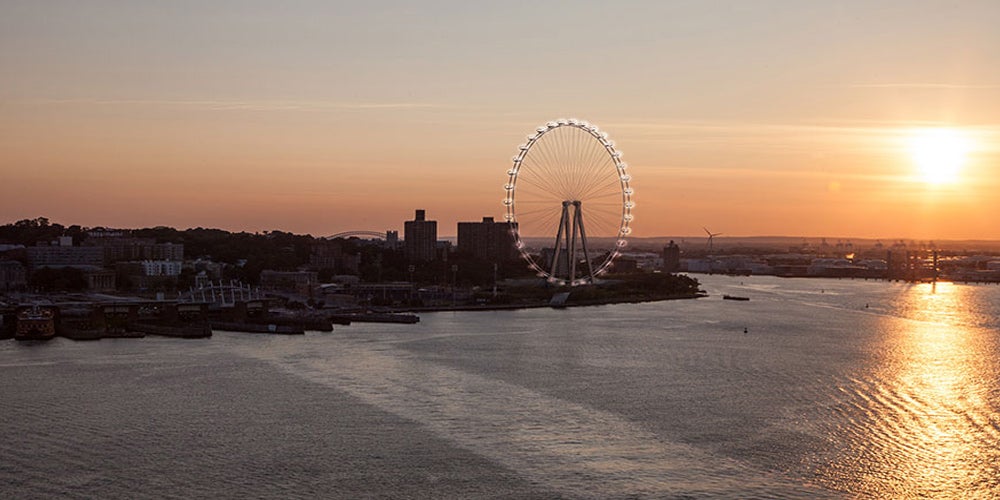 NEW YORK—New York City has given final approval to a $320-million project to build the world’s tallest Ferris wheel, expected to pull in four million visitors a year.

Developers say the 630-foot (192-meter) wheel will offer incredible views across the Manhattan skyline, the Statue of Liberty, Brooklyn and New York Harbor.

Inspired by the roaring success of the London Eye on the Thames and the current record holder in Singapore, work on the wheel is set to begin in the new year.

Earmarked to open in 2016, it will be able to carry 1,440 people in 36 capsules on a 38-minute breathtaking journey curving up into the sky and down.

It will be built on the northeastern shore of Staten Island, the most neglected of New York’s five boroughs, as part of an overall $580 million regeneration project.

Besides the wheel, there will be a $260 million retail, hotel and restaurant complex expected to create thousands of jobs and boost the island’s economy.

He expressed hopes that the New York Wheel will eventually rival the city’s other iconic landmarks such as the Statue of Liberty and the Empire State Building.

The London Eye, which saw the British capital become the first major city to build a giant Ferris wheel as a permanent tourist attraction, is 442 feet tall and opened in 2000.

The Singapore Flyer, at 541 feet, is currently the world’s tallest.