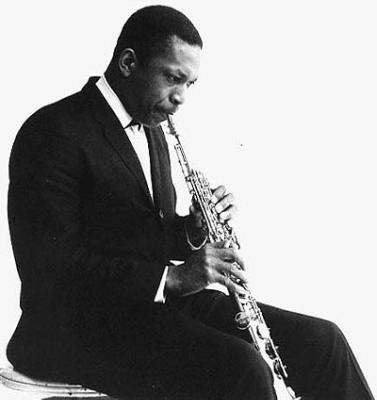 This is where saxophonist John Coltrane composed the epic 1964 jazz masterpiece “A Love Supreme,” shortly after moving into the Dix Hills, Long Island, home. Although he only lived there three years — Coltrane died of cancer in 1967 at age 40 — musicians including Carlos Santana and Coltrane’s son Ravi, also a jazz saxophonist, are among those backing a volunteer effort to turn the dilapidated, four-bedroom house into a museum and learning center.

“The Coltrane Home is a beacon to anyone interested in jazz history, cultural history, African-American history, New York history and American history,” Santana said in a statement promoting a Manhattan fundraiser where he helped raise $30,000. The guitar virtuoso has been a Coltrane fan for decades; he released a 1973 album with fellow guitarist John McLaughlin called “Love Devotion Surrender” as a Coltrane tribute.”

The move to restore the home began about a decade ago when local jazz enthusiast Steve Fulgoni learned a developer had purchased the 3.5-acre (1.4-hectare) property with plans to demolish the home and build three smaller houses. He organized a lobbying effort to save the home, and eventually Huntington town officials purchased the property from the developer for $975,000 and designated it as a town park.

But town officials told Fulgoni and his supporters — which by then included members of the Coltrane family — that any effort to create a museum would have to be privately funded.

Years of neglect left the home infested with mold and in dire condition, Fulgoni said. However, much of the interior was essentially unchanged from when the Coltranes lived there in the 1960s.

Ron Stein, chief operating officer of Friends of the John Coltrane Home, said that before last month’s event, the organization had raised about $120,000, which includes $35,000 in grants from the 1772 Foundation and the National Trust for Historic Preservation. There also has been about $200,000 of “in kind” donations from architects, electrical contractors, general contractors, mold remediation and other services.

Stein and others say their goal is to raise about $1.5 million. The 50th anniversary of Coltrane’s completion of “A Love Supreme” in 2014 has organizers dreaming of opening the house to visitors next year, but Stein conceded that may not be a realistic goal.

He said the support from Santana, Ravi Coltrane and professor and author Cornel West at last month’s fundraiser helped spark increased awareness for the project.

In 2011, the National Trust for Historic Preservation named the house one of America’s 11 Most Endangered Historic Places. “Although John Coltrane did not set out to write ‘A Love Supreme’ as a message about civil rights, this seminal work transcended racial barriers and became a symbol of unity at a time when the nation remained greatly divided over the issue of race,” said Stephanie Meeks, president of the National Trust for Historic Preservation.

The house features a large meditation room that Coltrane’s wife, jazz pianist Alice Coltrane, used for several years until she moved to California in 1973. The basement had a recording studio — long since removed — where the couple performed. Alice Coltrane died in 2006, shortly after meeting with the Long Island group and signing off on restoration efforts, according to Fulgoni.

Greta Olsen, a former tenant who had rented a room, took a large stained-glass window that had adorned the meditation room when she moved in 2002. An attorney for the developer said the contents of the house were going to be thrown away, she said, so she was permitted to take the window.

Then she heard a news report about the Santana fundraiser and contacted Fulgoni’s group to return the 4-foot (1.2-meter)-round window.

Olsen, who now lives in nearby Bellport, said she never found a proper place for the window in her home but held onto it nevertheless.

“I was so grateful I was able to return it,” she told The Associated Press. “I guess there was a reason why I had this thing. It’s a little part of the history.”

At last month’s fundraiser, West sounded more like a preacher than a Princeton professor as he spoke of his admiration for Coltrane.

“He enriched my life in a way that I do not have words to describe.”