The expansion of the verb to love | Inquirer Lifestyle ❮ ❯ 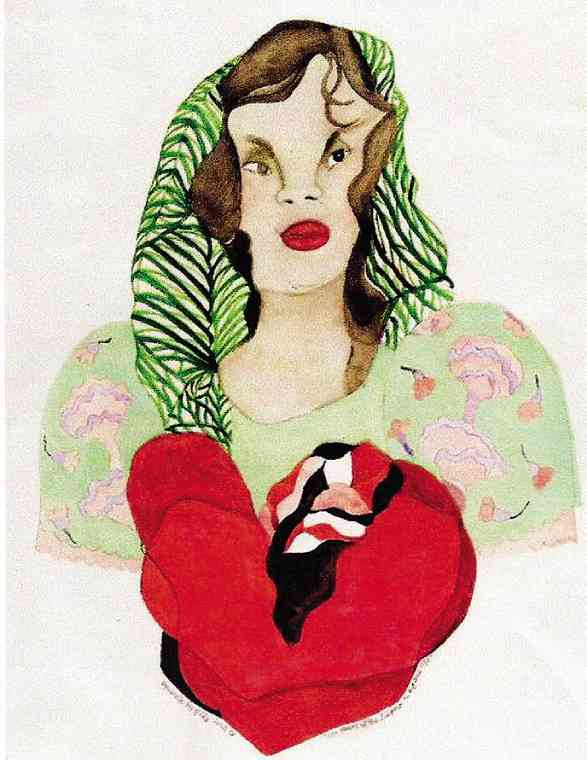 The expansion of the verb to love

My grandson, who loves to eat and cook, wanted to go to SidCor in Centris, Quezon City, last Sunday. It’s usually only my cook who goes to that weekend market for organic vegetables and green pinipig plus uninteresting other stuff. But I hadn’t been to that tiangge for years, since it was still at Lung Center, in fact. So, we decided to go—cook, Franco and I.

Much of the stuff was familiar still, like the roasted calf on a spit in a huge glass case like Snow White’s coffin. Also the deadly meats: longganisa (now four or five kinds), goat kaldereta, adobo, kare-kare, lechon kawali, dinuguan, giant hamburger.

The guy whom my son Mol calls “Lolo Blowtorch,” because he torches the brown sugar on the ham leg he vends, was around, too. And, of course, the seafoods we often find on our Sunday table—fresh oysters, crablets, panga ng barilis. I missed the corpulent guy who used to cook the best bangus tocho in town.

A lot of the old vendors had either retired or died, and their wives or children had taken over. I was told there was a Spanish mestizo couple whose paella always sold out, but they weren’t around.

The change that made me happy, though, was the multiplication of the healthy stuff—yogurt, fresh milk (whole, low-fat, nonfat),) cheeses (mozzarella, kesong puti, ricotta), tofu, Japanese soy milk, an assortment of sherbets, homemade dips, and the inimitable out-of-town produce and regional specialties from Laguna, Batangas, Quezon, Bulacan, Rizal. Not to forget the bounty of fruits local and foreign.

After a while, cook and grandson parked me and my wheelchair at one of the long communal tables lining the aisles. Then they abandoned me to explore the rest of the market.

I met one or two teachers from Ateneo and an old friend, Peachy Prieto, who was wearing a floppy summer hat, a toy dog trotting beside her on a leash, and two maids trailing behind.  We made beso-beso in front of a bagnet stall.

The table I was at happened to be right in front of a pansit habhab stall where a big wok of it was cooking. (The original pansit habhab is a dish of Lucban, Quezon.) It’s just plain miki, (no sahog), served on a banana leaf the size of one’s palm. One is supposed to slurp it right into one’s mouth from the leaf.

Beside me, a little boy (about seven years old) was enjoying his plastic plate of pansit habhab, once in a while shaking a bottle of vinegar with chili on it. Another boy across sat with his own order. Soon there were other boys looking longingly at them. They were all clean-looking but obviously hungry, although they didn’t ask for anything. I realized they were May-I-carry-your-bag boys. Soon there were seven of them around me.

It touched my pusong mamon heart to the core. They weren’t a mob and soon I was giving a P10 coin to each one to buy his own pansit habhab, freshly cooked, cheap and delicious. An adult guy eating farther down the table was chuckling at what, to him, looked like a feeding station.

My psychic friend, Chiqui, once told me I must have been very poor in some previous lifetime, because I have such empathy with the underprivileged. I believe her.

I am no do-gooder. I don’t contribute to organized charity (can’t afford it). But I always try to help friends in need. My help may be small but it is personal, passionate and selective. I ignore professional beggars.

Yes, I must have been once poor because I really like observing barong-barong on the roadsides, their “architecture” for instance. Like, sometimes there’s a stone for a first step, a grindstone for the next step, maybe part of a ladder, then a door with Home Sweet Home pasted on it. The window has colored window panes salvaged from some junkyard, with a flowery curtain behind it. The roof is battened down with old tires. There are several antennas on the roofs of the area but no TV.

I like hardworking people. Once, my husband and I were driving into our gate and we saw a filthy old man sleeping soundly on our sidewalk beside his empty pushcart. Dad immediately ordered the driver to tell the junk buyer to move elsewhere. As soon as dad entered the house, I went to the guy, woke him up and gave him a paper bill. He looked puzzled. I am not a beggar, he said. I know you’re not, I replied. It’s a gift, because you work so hard. He stood up, accepted it, said thank you, then extended a grimy hand to shake mine, as if to say, “We are equals.” Then he left with dignity, pushing his cart.

It is not true that if you treat the needy kindly they will come back again and again. All strangers that I have helped never abused. Not even the woebegone teenager whom I found long ago sitting on the embankment outside our gate. I sat with him to ask why he was there. He said their shack had burned in the big fire in Baseco the night before. They could not even buy milk for his newborn baby sister. A very trite story, too often told. But he looked genuine to me. So I helped with just enough milk and rice money. He thanked me with tears in his eyes. I never saw him again after that.

It is not money that counts. A nice smile is sometimes enough. Most of the time, when the official garbage collectors stop near the house in their big yellow truck, separating useless trash from what they can still sell, I always say hello and send them glasses of cold water.

One’s own family is the closest circle of love. That’s natural. Then friends and kin. They’re easy to love. But there are spillovers which we extend to others, and for me it’s always to those who need help and encouragement.

Wrong or right, impulsive acts of kindness are second nature to people. For me, even if it’s just throwing a compliment to the weary girl who cleans the mall toilets (to me the lowliest job in the world). She breaks into a sunny smile. That’s what makes my day!

P.S. Last week’s illustration, “The Tree of Knowledge, of Good and Evil,” art by GCF, is owned by Mercy Fabros. The owner’s name was inadvertently dropped by the proofreader.