Mixed-media portraiture converges with literature to give face to the homeless | Lifestyle.INQ ❮ ❯ 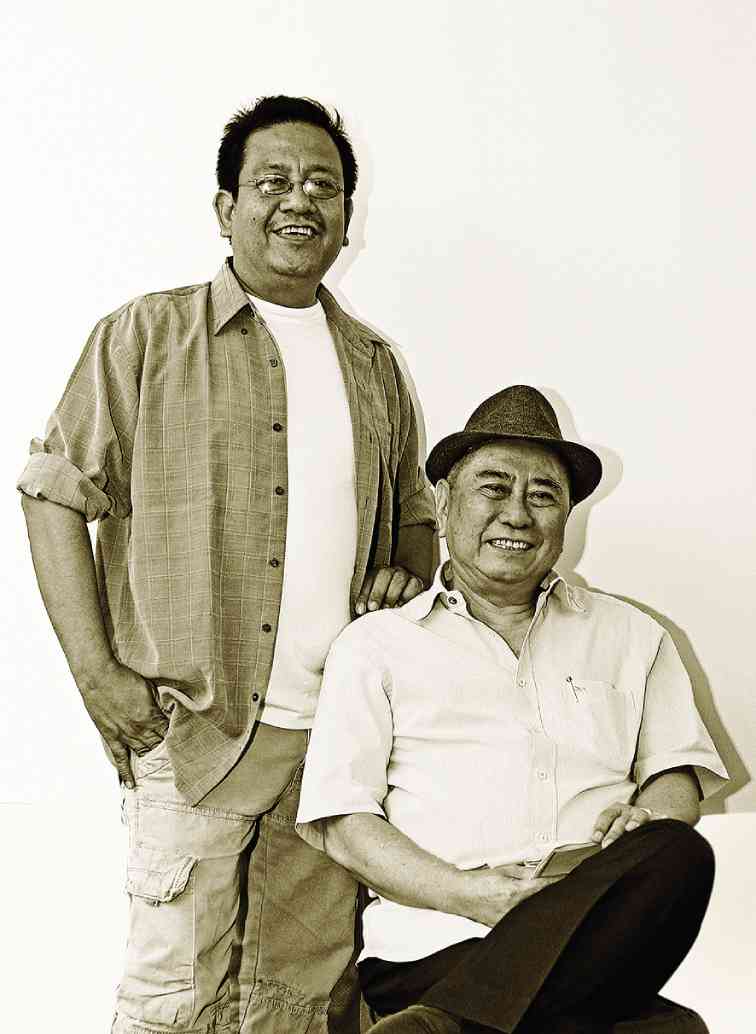 On a mission to give a face to the homeless and displaced, José “Pinggot” Vinluan  Zulueta mounts his fifth exhibition in collaboration with National Artist for Literature Virgilio Almario, titled “Makatulog Ka Pa Kaya?”

In this exhibit, Zulueta presents black-and-white portraits of people whose houses in Taguig were demolished in 2008. That year, one of his photographs received a special award from the Institute of Housing and Urban Development Studies photo competition in Rotterdam, The Netherlands.

Five years later, despite government commitment to provide safe and decent housing, there remains inadequate response to the plight of the marginalized.

The experience of missing what is right before our eyes as a result of misplaced focus is known as inattentional blindness. In our society today, there are various forms of collective blindness. One such phenomenon is the seeming invisibility of the homeless and displaced.

Curated by Renato Habulan, the exhibit invites the audience to acknowledge the constitutive relation between themselves and the portraits. Zulueta (no relation to the editor of this subsection) begs us to ask ourselves: How does your own perception and experience shape the way you look at the images? Whose perception is missing from the images, and whose presence continues to be invisible?

In his mixed-media works, Zulueta used the surfaces of the photographs as a base layer, then painted geometric lines and shapes that intersect through the images.

Rio Alma, the nom de plume of Almario, wrote his poetry on canvas and is integrated into the artworks. By recomposing the images and integrating poetry, Zulueta has contravened from usual practice and blurred the distinctions between photography and painting.

Zulueta believes the convergence of image and text enhances the depth and meaning of the artworks. However, at the heart of the creative articulation is the artist’s profound desire to depict the plight of the homeless and displaced.

“The person in the portrait is a real human being whose life can be transformed. In reality, it is our own prejudices and inaction that make the homeless invisible,” said the artist.

For further details on the exhibit, contact Chari Elinzano at 6356061.