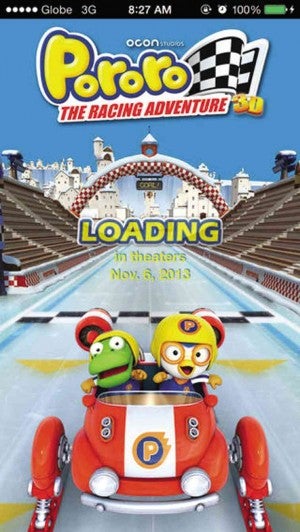 Any parent with a preschooler is familiar with the antics of Pororo, the penguin star of the computer-generated animated series which originated in South Korea.

Little fans of Pororo and his friends should mark their calendars because starting Nov. 6, “Pororo The Racing Adventure” will hit cinemas nationwide.

The penguin, dubbed the “Mickey Mouse of Asia,” is so popular that its animated series airs in 10 countries. There are six Pororo theme parks in South Korea, with one set to open in Los Angeles, California, in 2015.

“Pororo The Racing Adventure” is the character’s first film made for the big screen. Parents might want to set the coming weekend aside to bring the kids to the 3D/2D animated movie. 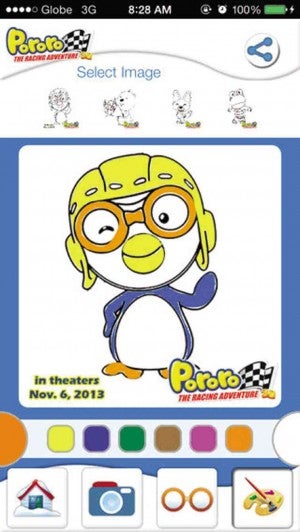 The film tells the story of Pororo and friends who leave Porong Porong forest and head to Northpia, where they will compete in the Super Sleigh Grand Prix.

While the movie alone is a treat for the young ones, parents can enhance their viewing pleasure with the companion app available on Android/iOS. There is an “apptivity” which includes a camera app in which your child can have a photo taken with Pororo with cute frames; an augmented reality feature which will let your kid access bonus materials; and a coloring book to keep your child busy.

To access, search for “Pororo Movie Ph” when looking for the app on Google Play/App Store.

“Pororo: The Racing Adventure” will be screened starting Nov. 6 in cinemas nationwide. The movie is distributed by Reality Multimedia. Visit its Facebook page, www.facebook.com/PororoMoviePH for more info. Follow on Twitter/Instagram @pororomovieph.