Laurice Guillen on ‘Carmen’: Opera can be very emotional like ‘teleserye’ | Inquirer Lifestyle 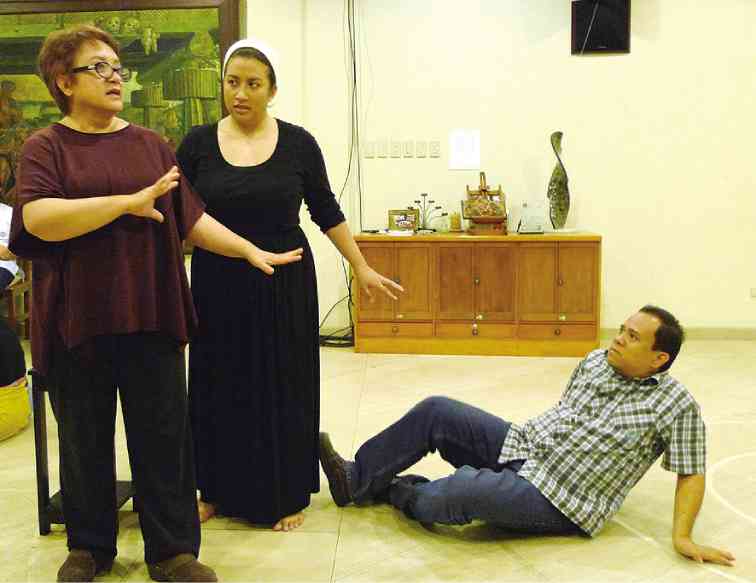 Laurice Guillen on ‘Carmen’: Opera can be very emotional like ‘teleserye’

Actor-director Laurice Guillen is all praises for the acoustics of the Far Eastern University Auditorium where Bizet’s “Carmen” will be re-staged today, 6 p.m., with Anna Feleo in the title role.

The well-loved opera will have Randy Gillongo as Don Jose, and Noel Azcona as Escamillo, with the Manila Symphony Orchestra (MSO) under the baton of American conductor William Barkhymer.

“I was here many years ago watching a theater presentation during the time of (actor-director) Nick Agudo,” Guillen recalls.

During the first rehearsal, she noticed the natural sound of the historic theater designed by National Artist for Architecture Pablo Antonio.

The FEU Auditorium—which opened to the public in 1949—was the home of the MSO for eight years during the time of Herbert Zipper, who mounted a Filipino version of “Carmen” with Conching Rosal in the title role. The first act was set in Plaza Binondo with Carmen’s flirting aria given a local touch, “Tayo Na sa Santa Ana.”

Sta. Ana was then known for its Sta. Ana Cabaret, where foremost composer Nicanor Abelardo worked in between his professorial job at the University of the Philippines College of Music in the late ’20s.

The FEU Auditorium was where Pavarotti’s teacher, Arrigo Pola, sang “Il Trovatore” in the ’50s opposite the Leonora of soprano Remedios Bosch Jimenez.

Guillen says “Carmen” was her first opera direction and she found it a very positive experience when it was first staged last year at St. Cecilia’s Hall.

“I learned a lot from that experience and, in the process, gained more confidence,” she says. “You also realize that all arts are related. Like teleserye (TV soap operas), opera is also very emotional but at the same time it is supposed to be the higher art than the movies. My instincts for acting or movement in theater are very sound, so I could rely on them when directing singing actors. Because the emotions coming from the characters of opera and teleserye are all the same. They all come from basic human emotion.”

“Of course the acting has to be more distilled,” she adds. “You realize the music in opera is finer and the text or dialogue more poetic. But, as director, the challenge is how to make the characters move and to show where the emotions are coming from.

“Opera is, indeed, high art but you don’t have to genuflect before it. You just have to show how real the characters and emotions are as well. What I set out to achieve in directing opera is the same one I have set doing my first melodrama on film. As it is, my work in film and television complement my exposure in theater and vice-versa.”

“An Evening of Bel Canto”—the closing season concert of the Manila Chamber Orchestra (MCO) Foundation, Inc. mounted at the Ayala Museum last Saturday—gave that special audience the essential and substantial qualities of bel canto, which, in layman’s lingo, is simply the art of beautiful singing.

It was a pleasant surprise to hear soprano Elainne Vibal sing Handel’s “Tornami Vagheggiar” (from “Alcina”) with graceful phrasing. She had obviously been coached on the essence of breath control. It is not yet a well-focused timber, but the way she eschewed line, giving it a lovely cover and ending with breathtaking light tone, should indicate she had been getting good training.

The presence of pianist Najib Ismail gave the recital a special touch; he could blend with the singers with such precision and artistry demanded of them by such musical pieces.

Hopping to Bellini’s “Que la Voce” and “Prendi, l’Anel Ti Dono” from “La Sonnambula” and later to Donizetti’s “Chacun le Sait,” Vibal was entrancing. She showed the audience that bel canto was alive and kicking in her generation.

Again, Ismail provided the sense of harmony and drama, and making the piano an equal partner of the singers.

Soprano Stephanie Aguilar charmed her way to the audience’s heart in Mozart’s “Ruft Sanht” (from “Zaide”) and was totally focused in William Tell’s aria, “Sombre Fore,” awing everyone with her young and fresh vocal output.

Of the three sopranos, Myramae Meneses stood out with a voice that easily dazzled, starting with her Puritani duet, “Vienne Fraquesta,” with tenor Arthur Espiritu; and her solo aria, “Quel Gardo il Cavalieri,” by Donizetti.

The soprano had incredible range and a magical tone. She enunciated and caressed the notes with aplomb.

Recital of the Year

One who can lecture on bel canto and demonstrate it to the hilt is, of course, Espiritu. Nursing a slight cold that evening, the tenor turned to solid technique for partial relief, and demonstrated his world-class qualities without effort. That was a hair-raising, ringing sound in the aria, “Ah Come Mai Non Senti,” from Rossini’s “Otello.”

One realized Espiritu wasn’t just a fine soloist but an all-giving chamber musician who could share a lot in the duets with Aguilar, Vibal and Meneses.

His closing aria, the technically demanding “Ah, Mes Amis” from Donizetti’s “La Fille du Regiment,” was special because he was just as appealing in the lower and middle notes.

But this Filipino tenor has a lot more to offer than those high C’s in that popular workhorse. His singing teaches everyone that bel canto is not about competing, but drawing the best in one’s voice and delivering the message of beautiful singing without fanfare.

As earlier noted, you can’t pull a first-rate bel canto recital without the presence of a pianist who knows the artistic demands of the art.

Ismail can get through the spirit of the arias with as much ardor as the singers. Indeed, he is one of the few artists on Manila’s music scene who commands respect without resorting to self-advertisement. His excellent rapport with his singers is testament to his credential as a collaborating artist with a capital C.

For this reason alone, MCO Foundation’s “An Evening of Bel Canto” is the Recital of the Year. One doesn’t see anyone getting as close to the vocal standard that Ismail and his young talents have set in that concert.