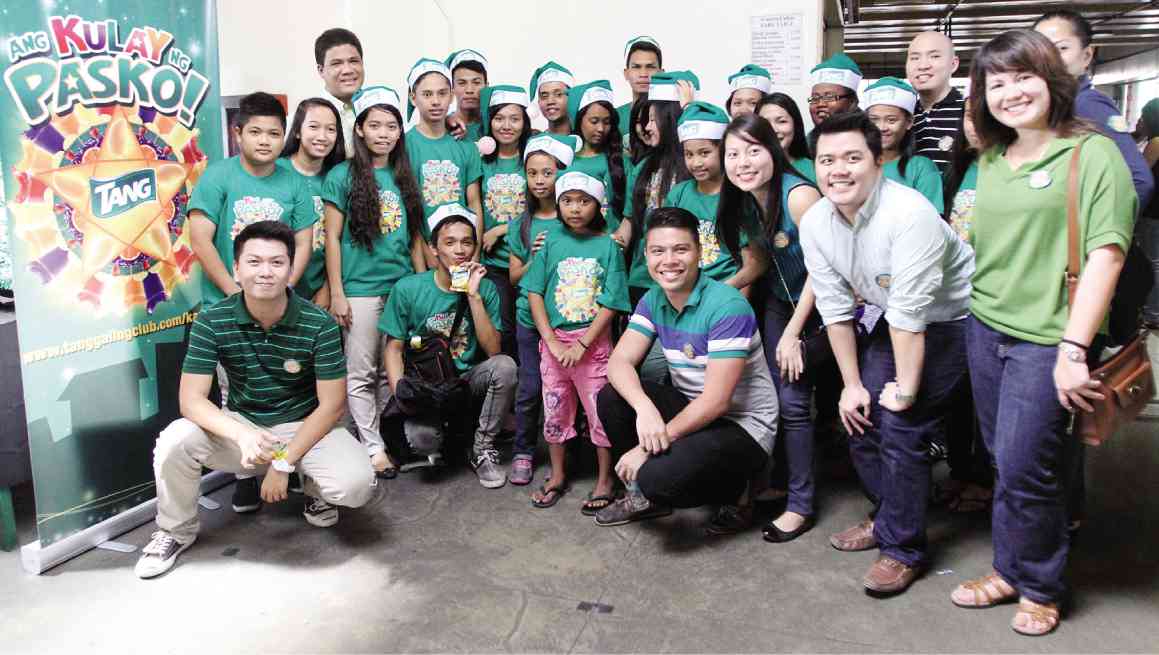 THE BRIGHT idea of giving the ubiquitous flashmob a twist by using singers instead of dancers is part of Tang Philippines’ “Ang Kulay Ng Pasko” campaign. PHOTOS BY ARNOLD ALMACEN 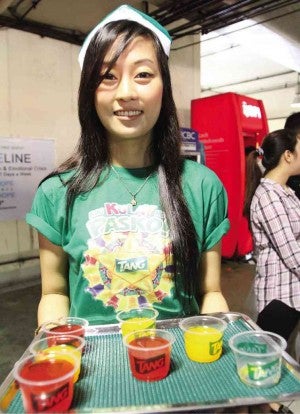 Whatever anyone calls it, a group of tween to teenage singers brought relief and nostalgia to harried commuters jostling for tickets at the Cubao station of the Metro Rail Transit (MRT), when the youngsters suddenly serenaded them with Christmas carols during morning rush hour last week.

Many commuters left the long queue to gawk at members of the Quezon City-based FRISChorale.

Others sang along as the joyful blend of voices rendered classic carols including “Joy To the World,” “Jingle Bells” and “We Wish You a Merry Christmas.”

Ryan (no last name given), a 25-year old shipping company employee bound for the Boni Avenue station, said the carols reminded him of his childhood adventures as he went “karoling” with friends in the neighborhood.

Another commuter, housewife Yolly (no last name given), said the songs were a gentle reminder of the coming holiday season.

Cheers, whoops and applause erupted after the three-song performance.

The bright idea of giving the ubiquitous flashmob a twist by using singers instead of dancers is part of Tang Philippines’ “Ang Kulay Ng Pasko” campaign. 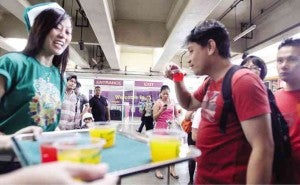 After the FRISChorale’s set, plastic jiggers of different flavored Tang juices were given to commuters. Free MRT tickets were also distributed. It was a scene straight out of a greeting card commercial.

Mondelez Philippines’ Lawrence Lorico said Tang thought of reinventing the flashmob concept into a chorale as the company’s effort to “make the daily commute a little special. And kids can do so much to make people happy.”

Lorico noted a common observation that commuting “can bring a damper on the happy atmosphere of the holidays—the long lines and a crush of people during this season are a fact of life.”

Bringing a special group of carolers “creates a colorful Christmas for commuters, people who likely could use a bit more color in their everyday ride,” he said. “Add to this experience the refreshing flavors of Tang that make it a great brand to bring out the Christmas cheer.”

Lorico said that children singing is also integral to Filipino culture. Mixing it with the holiday spirit is a no-brainer.

“If there’s one thing we Filipinos love doing, it’s singing. Whether it’s a kid being asked to do an impromptu performance during a family reunion, or somebody belting out on a videoke machine, sharing the gift of music is in our blood,” he observed.

Tang will sponsor more flashchoir/choirmob events throughout the metropolis as Christmas draws nearer.