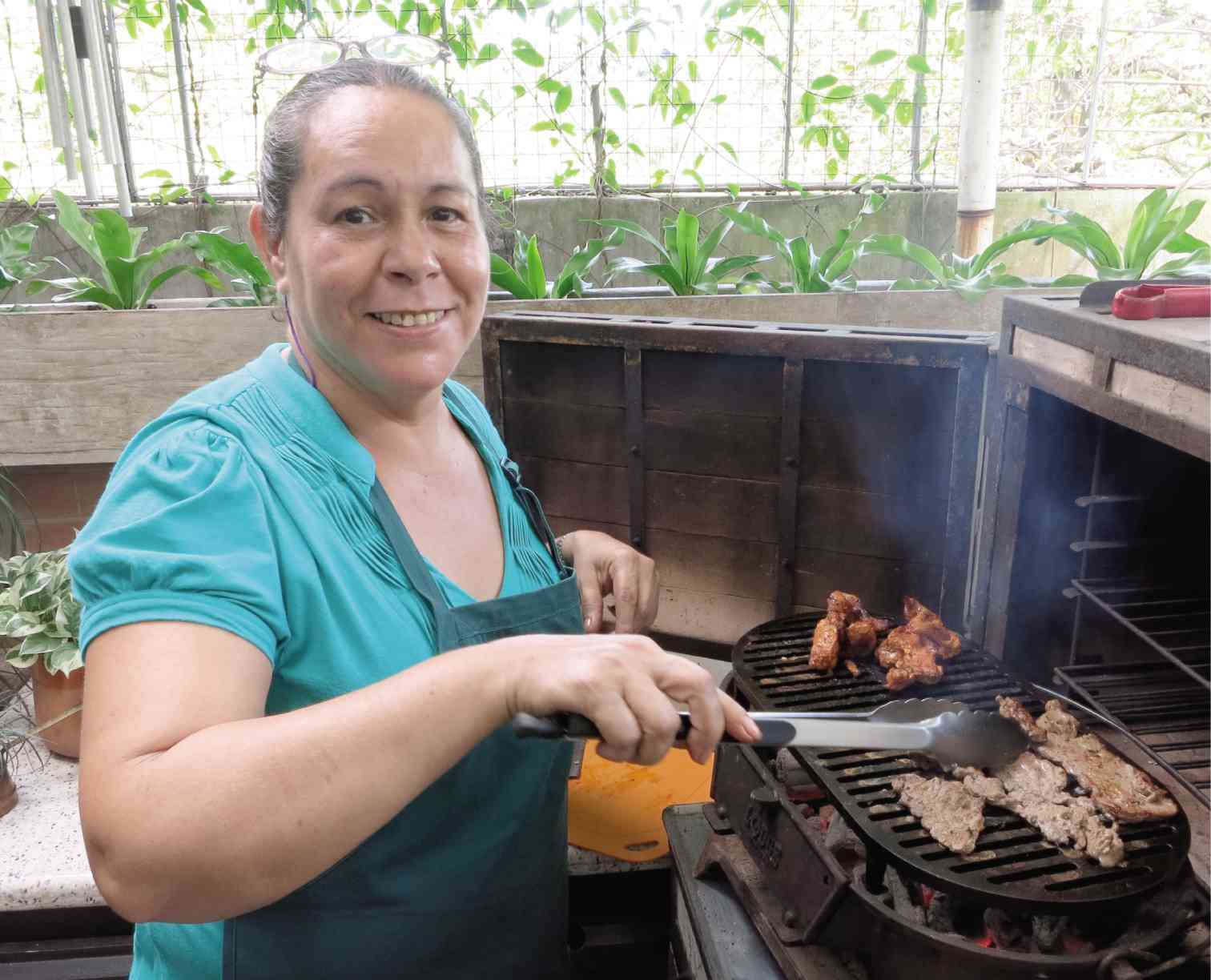 How to enjoy Mexican food

Turns out that I’ve never completely known the flavors of Mexico till I feasted on Estela Lomeli Blanco’s food—delicious, fresh, clean, perfectly seasoned and spiced, not a bit overwhelming, and so comforting.

As she told me: “What I am serving you is what you’ll typically find cooking in any Mexican home or taqueria (taco shop).”

There was also a lot of chopped cilantro to go with the meal. “In Mexico, we arrange cilantro with their stems on a vase and we snip it and eat it with our food,” Estela said.

Other accompaniments were chopped onions, wedged lemons and cucumbers. “This is the way we enjoy our food,” she said, “with all these vegetables, almost like a salad, with herbs.”

She likewise served horchata, a traditional Mexican drink made of rice, nuts, seeds, and flavored with cinnamon.

As we savored the meal, Estela felt the need to explain more about popular Mexican dishes, after she repeatedly corrected our friend Christopher Yu over what he kept referring to as a taco.

A taco does not necessarily come in a shell, Estela pointed out. It could be anything wrapped in a tortilla, or thin flatbread usually (or depending on which part of Mexico) made of corn. “The tortilla is round and flat. We then put a hot filling (can be anything), fold it and eat it.”

A taqueria, she said, is a street stall, usually with no tables. People buy their tacos there and eat them while standing. The tacos are eaten with different types of salsas and the accompaniments mentioned earlier (chopped onions and cilantro, cucumbers cut in sticks, lemons cut in half or quartered) plus green onions and whole red radish.

The taqueria also offers aguas or water/refreshments like horchata, agua del flor de Jamaica (made from hibiscus flowers) agua de sevada (from barley), among others.

There are two kinds of tortillas—one made from dried corn, the other from flour. “All over Mexico you will find different variations and sizes of the tortilla,” said Estela. “In Sonora and Baja California (two of 31 federal states in Mexico) the tortilla grande de harina, huge flour tortillas, sometimes measure up to 16 inches in diameter. In Monterrey (capital city of Nuevo Leon), they serve the chiquitas or flour tortillas that are about 6-8 inches.”

A burrito—wheat flour tortilla wrapped or folded into a cylindrical shape to enclose a filling of frijoles (refried beans), meat and salsa—is food for people who work in the fields, Estela said, “because they are big, very filling and easy to take anywhere.” Estela recalled a food tale that refers to a burro (donkey in Spanish) as a large burrito.

Traditionally, Estela noted, a burrito is not filled and rolled with rice. Instead rice is served on the side.

Fajita is a long cut of meat—grilled beef steak or chicken—that is served on a plate or wrapped in a tortilla of one’s choice. “Sometimes we add cheese,” said Estela, “and eat it with salsa, red radish, etc. Many times I’ve seen fajitas with bell peppers stuffed inside, but in Mexico, this isn’t so. We put poblano (mild chili pepper).”

Every part of Mexico, added Estela, has a different flavor to offer. “Our food is a reflection of our culture, traditions, rituals and religion. It is a tribute to our diversity as a people.”

3 chili guagillo (available at Terry’s Selection and Salcedo Market)—remove seeds and boil in 2 c water for 10-15 minutes, in medium heat

Boil pork till tender. Purée the chilies together with the cooking liquid, garlic, herbs and pepper. Heat 2-3 tbsp oil, add the boiled pork and cook until brown. Add the blended spices to the pork and simmer for 20 minutes. Season to taste with salt.

Wash the rice and strain. In a pan, add oil and fry the rice until it turns light brown. Add onions and garlic.