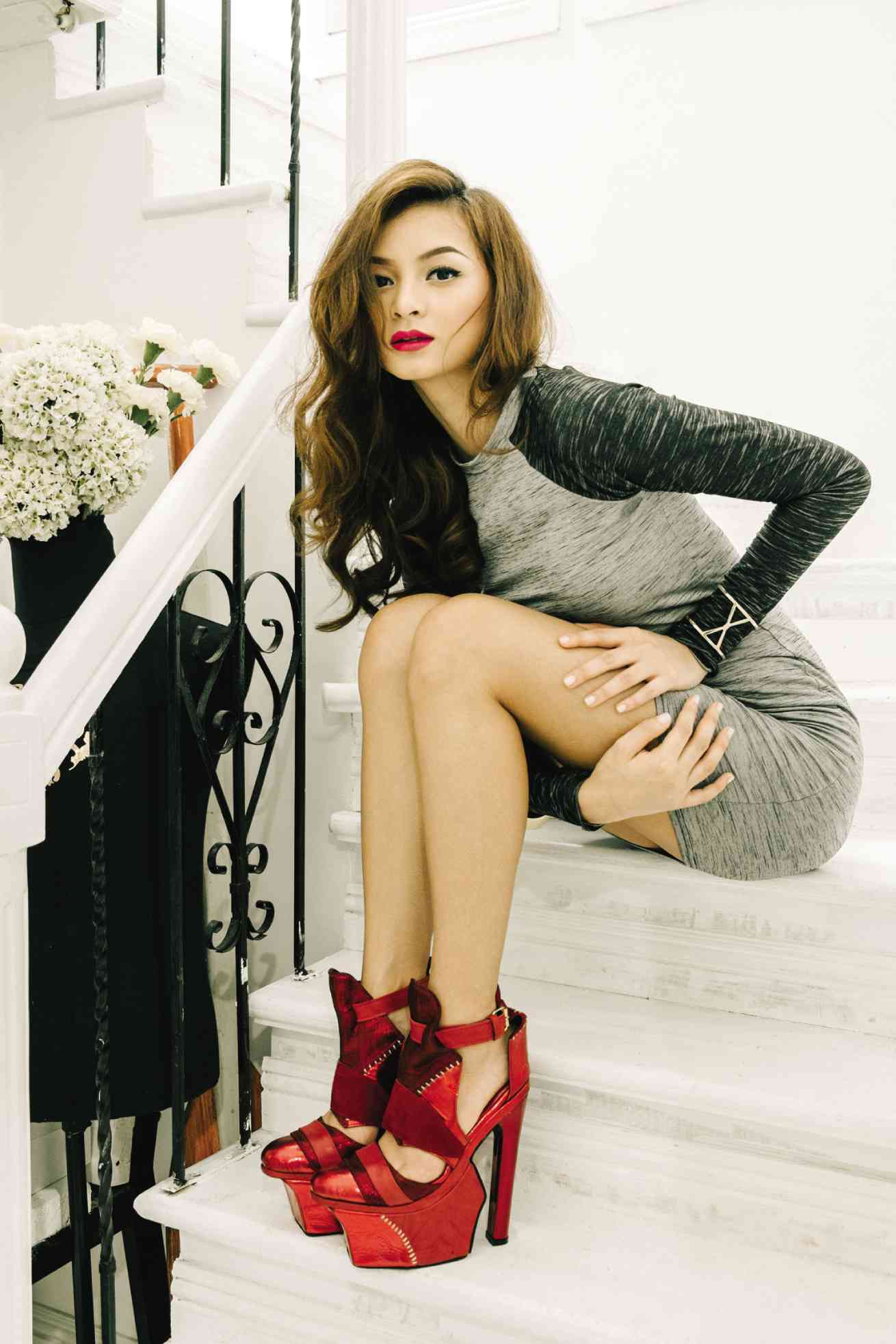 He describes his works as innovative and fashion-forward. He uses only genuine leather and special fabrics to make his shoes durable and timeless.

“I want materials that will really last a lifetime,” he says.

Nere Ku shoes—avant garde, whimsical, gothic and unbelievably lightweight, too—have caught the attention of other Dubai-based Pinoy fashion designers such as Michael Cinco, Furne One and Albert Andrada, as well as the likes of Renée Salud.

“I have a huge collection of shoes and I thought I could come up with better designs than what’s in the market. So, I tried designing some pairs for myself, my brother and closest friends,” he recounts.

Posting his designs on Facebook landed him collaborations with Cinco and other designers.

“It’s always fun to work with creative people,” says Ku. “One of my most memorable collaborations was with Michael Cinco. I discovered how down-to-earth he is despite his fame.”

As a young shoe designer with nontraditional ideas, he has received a lot of criticism.

“We cannot please everybody. In fashion, you need to be bold, creative and innovative. Safe is boring. Nere Ku is about having fun,” he explains.

But he doesn’t want to be called avant-garde. “My shoes are still wearable. They can actually be worn every day, you just need to know how to do the proper styling,” he says.

He thinks the shoe industry is becoming competitive in a positive way. “You always need to evolve. I believe that in fashion, there is no other direction to go but forward.”