From corner store to the rest of the world–how a Pinoy kiddie clothing brand became an int’l hit | Lifestyle.INQ ❮ ❯ 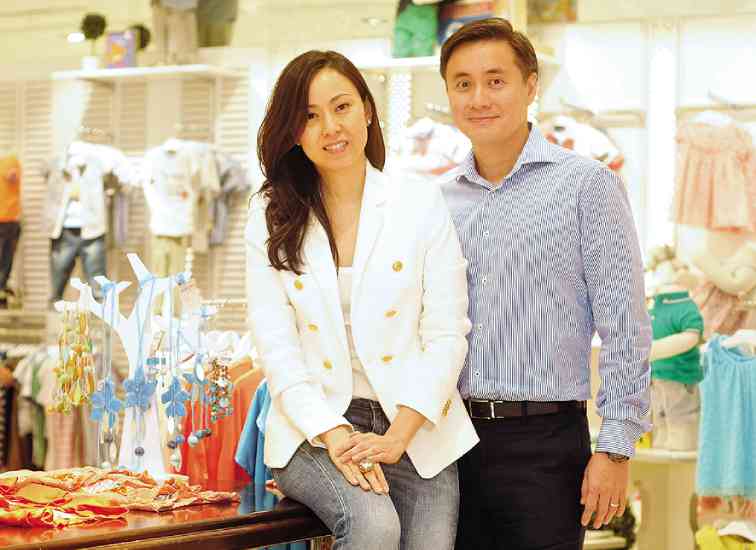 It was a modest start by all accounts: a lone employee, a 3-square-meter retail space, and the owner doing multiple duties as designer/delivery girl/tagger/business manager.

Twenty years hence this November, Sabrina Uy’s little enterprise, the children’s clothing brand Gingersnaps, has 31 boutiques and 16 department store outlets. And that’s only in the Philippines.

Overseas, Gingersnaps has even more, with 42 boutiques and a presence in 22 department stores, from Singapore to Dubai, Kuala Lumpur, Bangkok, Jakarta and Saudi Arabia.

Sabrina was single and didn’t even have children when she founded Gingersnaps in 1993, a ballsy—and rather naive, if you had asked her mother then—young woman who simply believed she could launch a children’s wear brand.

“I was browsing a magazine in Hong Kong while waiting for my flight home,” she recalls. “I saw these children’s clothes and I thought I could do it, too. I could do it better.”

Within a year, she sold her other business, a ladies’ wear brand, against her mom’s wishes. “She felt I was making a mistake. She was worried for me. But I just loved children so it felt

Sabrina designed all the merchandise and sold them in a tiny department-store space in Robinsons, and took on all-around duties. At the time, there weren’t malls in Manila yet.

“I had one employee, and I had to hire another one because I needed someone to sell. I was doing everything else,” she says with a laugh.

In 1997, she married Jerry Uy. When she had difficulty conceiving, Jerry had to come onboard to help manage the business. It was he who would grow Gingersnaps into the apparel behemoth that it is today. On their first wedding anniversary, he opened their first boutique. He grew their outlets to eight within the first year of their marriage.

“I asked her, ‘Where are your books?’ She said, ‘What books?’” a smiling Jerry recalls with a shake of his head. “She’ll hand out petty cash, and she’ll forget to ask for the change. Even now!”

Sabrina says Jerry taught her how to run her business the way it should be run. She admits that, at the time, she had “no business sense at all.” Even Jerry, whose family owns the King

Jim stationery brand, says Gingersnaps and the retail business was both a process of discovery and learning for him.

As their business grew, so did their family. The Uys now have a girl, 11, and a boy, 8. Despite their global success, the Uy couple remains down-to-earth and modest; they hardly ever do interviews.

Gingersnaps is marking its 20th year this month with an online model search (it ended Nov. 10). From the entries, six kids will be chosen to appear in print ads and an anniversary runway show in January.

“It was a lot of hard work, and a lot of people who put faith in a very small brand,” says Sabrina in retrospect. Their company owns all its stores in the country, save for one in Laoag City.

“We didn’t even market internationally,” Jerry says. “They just came.” 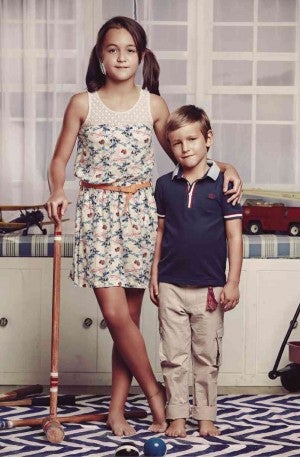 In Saudi Arabia alone, Gingersnaps has 17 boutiques, and it opened there only in 2011. “The Middle East is used to patronizing European and American brands. We’re fortunate to be in that market. We have European styles but not the price tag.”

The Uys take pride in hoisting the Filipino flag abroad. Gingersnaps is proudly Philippine made, at a time when all other brands outsource their production overseas.

“We can’t control quality if we outsource,” says Sabrina. “Mothers entrust their kids to our brand, so that’s very important. Our own kids wear the clothes. We test for lead, the fabrics and the construction. And we have very skilled people. Filipinos are incredibly artistic.”

Competing side by side overseas with luxury global brands like Burberry Kids and Baby Dior, for instance, keeps them on their toes. Maintaining the quality standard is imperative.

“It may cost higher to keep the production here, but “the people are very good so we get less headaches also,” adds the brand’s founder. Excluding third-party workers, they have some 400 people in their employ. 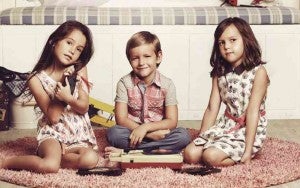 When Sabrina launched Gingersnaps in 1993, there were only a handful of clothing brands for Filipino kids. Now, entire floors of malls and departments stores are occupied by children’s wear brands.

“It’s always daunting. It forces you to innovate,” says Sabrina. “You have to keep your creativity but, at the same time, address the needs of the market, otherwise you don’t innovate.”

Her little venture has come a long way, but Sabrina has maintained the drive and passion to design clothes that please both mothers and kids.

“We feel like we’re starting over, which is a good place to be,” she says. “When you start feeling jaded, then that’s it. Reinventing makes it fun.”