‘I have five (landing) slots, but I want two more’–how Ramon Ang brought PAL back to London and Europe | Inquirer Lifestyle ❮ ❯ 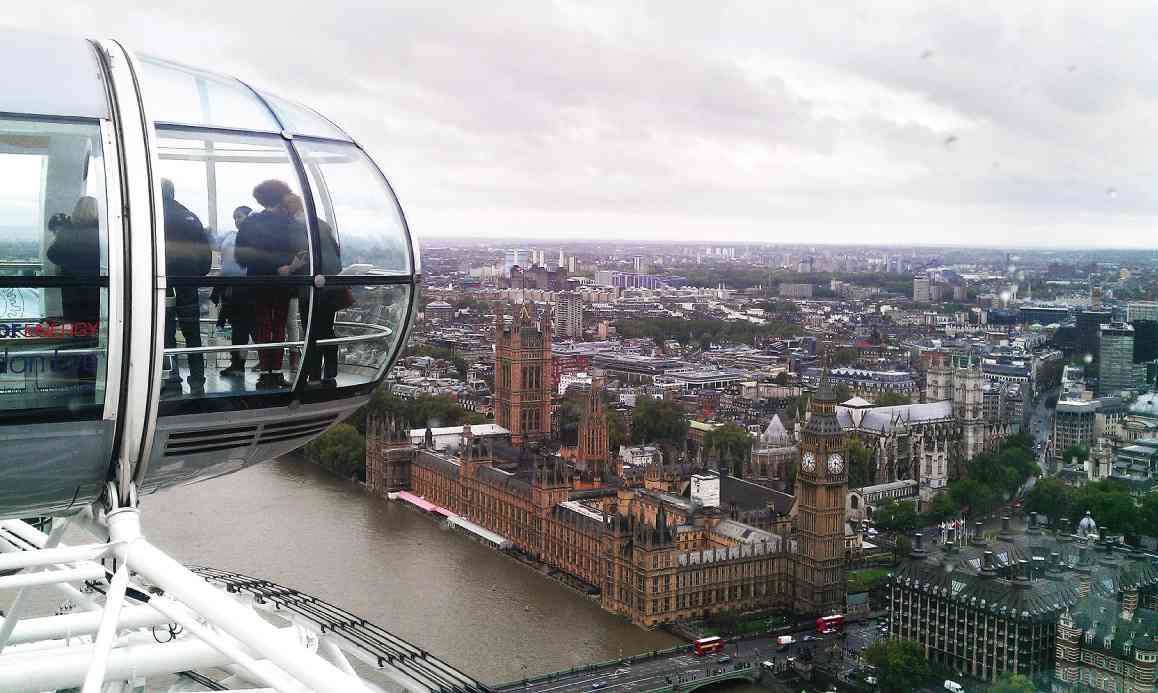 ‘I have five (landing) slots, but I want two more’–how Ramon Ang brought PAL back to London and Europe

It’s still a 14-hour ride, but the flight is now direct, with no extra hours for layovers or the risk of missing connecting flights, not to mention having to haul carry-on baggage while sprinting toward far-off boarding gates.

Travel from Manila to London—and by extension Paris, Rome and the rest of Europe—just got considerably faster and more convenient with Philippine Airlines’ Nov. 4 resumption of commercial flights to Heathrow Airport.

After 15 years, PAL is back in Europe’s busiest air hub.

“Although this is billed as our inaugural flight, this is not PAL’s first time [in London],” said PAL president Ramon Ang in his remarks at a cocktail reception at Corinthia Hotel London to celebrate the occasion.

“We are old friends. PAL first arrived here 66 years ago, in 1947. We were the first airline from Southeast Asia to fly into Heathrow, which opened for civilian use a year earlier, in 1946,” he added.

It used to be an “epic transcontinental journey,” said Ang—London being “the last stop of a flight that departed Manila once a week, stopped in five countries along the way and landed here [London] more than 44 hours later,” then “the longest sector in the PAL timetable.”

That veritable odyssey had been trimmed in the intervening years with advances in aircraft technology and civil aviation. But, since 1998, with no direct flights between Manila and the UK capital, OFWs and travelers still had to make do with up to 20 hours’ travel time that included stopovers in Dubai, Hong Kong, Singapore or other airports.

Now, using its new Boeing 777-300ER aircraft in place of the old DC-8 jets that used to serve London, PAL offers nonstop service that cuts down flying time to 14 hours.

The flight back to Manila is even faster at 12 hours.

Refleeting is the linchpin of Ang’s strategy to modernize PAL (“We have bought 71 aircraft already from Airbus,” he said), and reacquire its stalwart status as Asia’s first airline.

The Boeing 777-300ER planes can seat up to 370 passengers and are said to be more fuel-efficient. They now service direct flights to Toronto and London—and soon Frankfurt, Paris, Rome and Amsterdam, Ang promised.

WiFi onboard is available, allowing passengers connectivity. Seats have more legroom, especially in Business Class which has fully-reclining Recaro seatbeds.

On top of such service innovations, the signature PAL touches remain: the warmest cabin crew of any airline, for one, and still the smoothest landings ever.

Regaining a foothold in Heathrow, and thereby a gateway to Europe, was not easy—but Ang was nothing if not bullheaded, revealed UK Ambassador Asif Ahmad in his remarks at the Corinthia Hotel reception.

“Those of you who know Ramon know that he gets to the point very quickly,” he quipped.

The European Union (EU) had previously imposed a safety ban on Philippine aviation due to its failure to comply with safety standards. When the EU lifted the ban last July, Ang was immediately gung-ho about PAL returning to London.

But Heathrow—the third busiest airport in the world—was full and reacquiring slots in it would be extraordinarily difficult, involving painstaking negotiations with air traffic authorities and relevant UK government agencies as well as other airlines using the airport. Ang told Ahmad—“very cheerfully,” said the British envoy—“Well, you deal with the authorities, let me deal with the airlines.”

Heathrow advised PAL it was welcome at the airport—if it found a slot. Recalled Ahmad: “Ramon came to me with a smile three weeks later and said, ‘I have five landing slots for Heathrow.’”

After congratulating him, the ambassador asked, “Are you happy?”

PAL’s return to London is no paltry, token move. From Day 1 it’s been flying five times a week from Manila, departing at 7:30 a.m. and arriving at Heathrow’s Terminal 4 about 14 hours later, or about six hours less than the normal travel time with other airlines.

It’s the only direct link between Europe and the Philippines at this time.

Some 250,000 Filipinos living in London and the rest of UK, which makes them the largest Filipino community in Europe, will immediately benefit from the shorter, nonstop service.

With Heathrow serving as major gateway to the continent, Filipinos and other travelers from Manila can now also opt to fly faster to the rest of Europe. 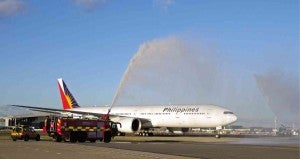 The implications for bilateral trade and tourism are significant. “Twenty-four thousand Filipinos came to Britain last year,” noted Ahmad. “They contributed 24 million pounds to our economy. We are the largest investors in the Philippines in the European Union; British brands such as Debenhams and Marks & Spencer—they’re all making their mark in the Philippines.”

British tourists also account for 120,000 tourist arrivals to the Philippines, and nearby Germany about 100,000—quite a big chunk of the 3.8 million tourists so far who have visited the country in the first nine months of the year, or about 22 percent higher than in 2012.

This year, the UK vaulted to the top 10 of the Philippines’ visitor markets—the only European nation in the list—with more than 60,000 arrivals in the first six months alone.

With PAL now flying from London to Manila in one go, “if you’re going to Melbourne, say, you take a stop in the Philippines, go to Boracay, get a tan, and then move on. That [development] is very significant to us,” said Tourism Secretary Ramon Jimenez Jr., who joined the welcome cocktails in London.

“PAL’s return to London is a very powerful signal that the Philippines is determined to retake the lead in traveling to Europe and to Asia,” he added.

The DOT’s information campaign is in full swing across select areas in Europe; in the UK capital alone, many London cabs are emblazoned with the “It’s more fun in the Philippines” tagline and imagery.

European travelers are a premium target market, said Jimenez, because they tend to spend more and stay in the country longer—on average, from eight to 16 days.

Ang himself, asked what attracted him to take a crack at running an airline with a recent history of manifold troubles, said he saw it more as an opportunity to invest in Philippine tourism by offering something distinct from other air services.

“First of all, our fares are the lowest, most reasonable fares from the Philippines to London. And with a direct flight, it’s safer—you don’t have to do double takeoffs and landings. Of course, there’s also our famous Filipino hospitality onboard. The most important, I think, is if you can offer new aircraft, nonstop flights, good service, good food, on-time schedule and good in-flight entertainment…”

Ang, concurrent president and COO of San Miguel Corp., which acquired a 49-percent minority but controlling stake in PAL in April 2012, added: “If it’s purely for return of investment, it’s not much. For San Miguel, the PAL investment is just a small investment, really. But we want to help push for tourism in our country.”

Last year, for the first time, the Philippines breached the 4-million mark in tourist arrivals. This year, it aims to break another record by attracting 5 million.

“We are 1.2 million away from that target,” said Jimenez—a goal that appears much closer to fulfillment with the Philippines’ oldest flag carrier now back in London and European skies.