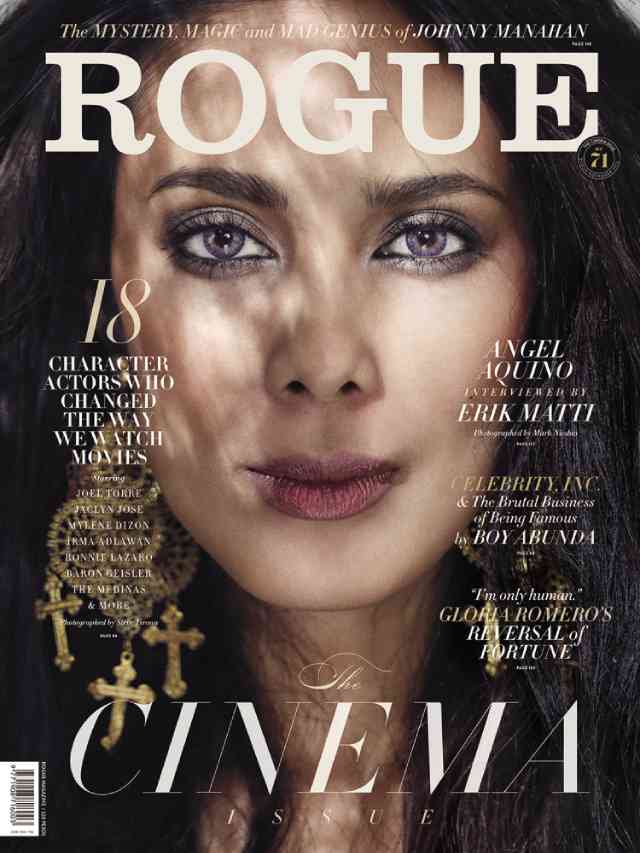 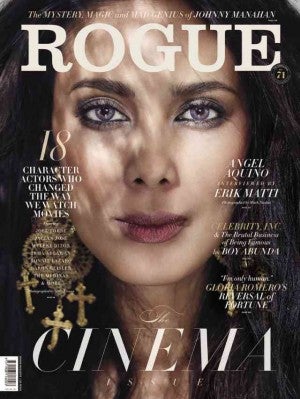 This month’s issue of Rogue Magazine includes a feature on cover girl Angel Aquino. Having starred in some of the most acclaimed films of the last two decades, Aquino has shuffled from small independent features to sprawling teleserye, consuming each role with the same thirst and passion for storytelling.

Working on three of this year’s most acclaimed films—“On the Job,” “Ang Huling Cha-cha ni Anita,” and “Porno”—Angel finds herself in the midst of Philippine cinema’s renewed direction.

Fans of “Game of Thrones” can head straight to the travel piece, “A Tour of Ice and Fire” where they will discover the seven kingdoms of Westeros on earth.

Meet four young Filipino filmmakers who are making their mark in Philippine cinema or take Mini Cooper’s new breed of caravans for a drive on the wild side.

There are also features on gadgets like the Samsung S9, which gives the “small screen” a whole new definition; furniture like upgraded Victorian-style furniture, as inspired by “Downton Abbey”; and books such as the revealing new memoir of Roman business mogul behind fashion emperor Valentino.

Stars come and go with box-office receipts, but if the 18 character actors assembled in this issue  prove anything, then real, honest-to-goodness talent remains. These are Philippine cinema’s secret weapons, the talents who make the director’s vision possible, the people who lend flesh-and-blood vitality to a screenwriter’s creations—the pivotal fulcrum that pushes the narrative forward.

Johnny Manahan, known in the industry as “Mr. M,” has long hidden behind the camera, stowing away his artistic leanings and favored birthing noontime variety shows and top-rating primetime teleserye. The profile delves deep into Mr. M’s four decades of making stars out of nobodies and nurturing decades-running shows.