‘When people saw you with food or water, they would look at you in an angry way’ | Inquirer Lifestyle ❮ ❯ 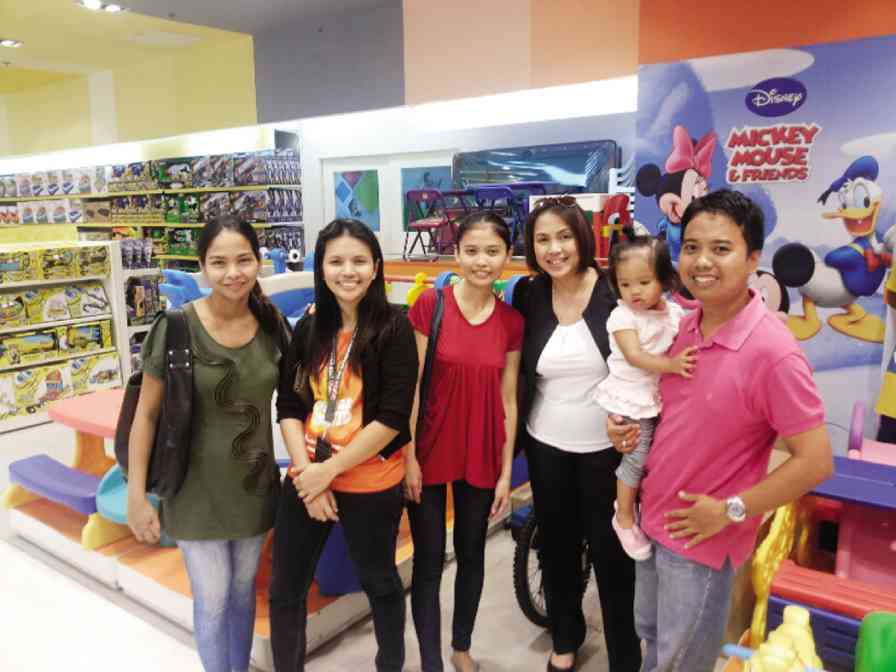 ‘When people saw you with food or water, they would look at you in an angry way’

I’m ready to die,” Miko Jadulang thought to himself as he hung on for dear life that Friday morning in San Jose, Tacloban.

Clutching the beams of the ceiling for four hours, he watched the waters below what used to be his home rapidly rise.

Then he remembered his mother. “No, I can’t do this to my mom,” he told himself. “I cannot make her lose another son this way.”

Many years ago, Jadulang’s brother drowned. “I remembered how devastated my mom was. How it almost made her go crazy. I could not do that to her again.”

And so he hung on for his life, and with two housemates,   waited for the waters to subside.

Jadulang was one of five medical representatives of a pharmaceutical firm, who were living and working in Tacloban when “Yolanda” unleashed her fury that Friday morning.  All five miraculously survived and were pulled out of the city in 72 hours.

After the waters subsided, the three young men climbed down, and their first thought was to check on a female friend who lived half an hour away. “We were worried about her and wondered if she had survived,” he said.

The three left their home, and were stunned by what they found outside.

“Suddenly there was nothing. Every tree and house had fallen to the ground. Worse, there were dead bodies all around and they all looked terrible, like they had struggled before they died,” Jadulang said.

Like in a scene from a movie apocalypse, the young men trudged slowly over debris and walked three hours until they reached their friend’s home.

Along the way, they met people carrying sacks of noodles and bottled water. “Our initial thought was, wow, the relief goods are here! And so we followed the crowd, and it led us to several container vans that were spilling over with instant noodles. We took a look and moved on. We were thinking to ourselves that what had happened was really bad.”

Reaching their friend’s home after a three-hour trek, they felt a sense of relief to find her alive. “Theirs was one of the few houses standing because it stood on a higher portion of the city,” Jadulang said.

Miraculously also, the water pump in their home was still functioning, and so the three men were able to take a decent shower.

They decided to spend the night there instead of returning to their rented home.

At 9 p.m., they heard news of a coming tsunami, so they scrambled for the hills. “From 9 to midnight, we stayed there and watched the city from where we stood. Everyone was silent, and the city was dead.”

The next day, Saturday, the three men decided to roam the streets of Tacloban to look for food. “People were still in a giving mood. We divided the work among ourselves—who would get the water, the food.”

Jadulang recalled how he saw the mayor drive a bulldozer on the street leading to the airport, in an effort to clear it of debris. “It was the only bulldozer we saw in town,” he said.  “When it was almost dark, we decided to head back home, also because the looting had begun.”

Sunday was a totally different story.

“Suddenly, it did not feel safe to roam the streets anymore. We had to avoid looking into people’s eyes, because when they saw you with food or water, they would look at you in an angry way.”

The three men decided to hole up in their friend’s house  to keep safe.

On Monday, finally getting a phone signal, he was able to call his mother in Davao and his direct bosses in Cebu, Cheng Benasa and Zeena Abellanoza, who told him to go directly to the airport and board the C-130 to take him to Cebu.

Even if he knew that he and his companions would not be given priority for boarding—women, children and the elderly would be—he nonetheless took the chance by presenting his company ID to the boarding officer, and told him that he needed to go back and get medicines to bring back to Tacloban.

“I had only my company ID, my ATM and credit card. Everything else I lost.”

The officer allowed him and seven other medical representatives to board the plane.  Jadulang had brought them all in the exodus to the airport.

“I could not in conscience leave my friends behind; they had been my lifeline and we all survived because of one another.”

Since the men returned to the safety of their families, their companies, to date, have  sent millions of pesos worth of medicines to various humanitarian organizations.

On board the C-130, Jadulang remained anxious because it took almost an hour before the plane took off.

When the plane was finally in the sky,  he looked back down on what was left of Tacloban, but was so grateful to get out alive.

“But I also felt bad for some friends we had to leave behind because they had nowhere else to go. I still think of them now,” he said.

Landing in Cebu Wednesday evening in mismatched slippers, he was met at the airport by his colleagues. Jadulang, whose life was relatively easy before the devastation, felt grateful for every little thing.

“When I arrived, my bosses took excellent care of me and I was so thankful for all the things I used to take for granted.  A cup of coffee, a warm bed—they took me shopping and clothed me, prepared everything. I did not want for anything, nor did I have to worry about anything.

“I lived like a scavenger for three days; some people live like that all their lives,” Jadulang said.

“I am thankful to God for my life, and somehow for that experience, which felt like an immersion in many ways. From now on, I will take nothing for granted and be thankful for every blessing that comes my way.”

Bing Siosana, another medical representative, had  reconnected with her biological father only recently.  It was he who gave word to her company that she was safe in the aftermath of Yolanda, through a message he saw on Facebook, where colleagues of hers had been searching for  days.

During their exodus, her husband Fabio had texted his father-in-law in far-away Edmonton, Canada, to tell him that their family was safe.

In the Tacloban port on a Tuesday, Siosana and her family thought they would all be able to board the ferry. This was not to be.

Siosana, with her month-old baby and another child, had to say goodbye to her husband, who had to stay behind and take care of her elderly relatives and siblings.

“It was one of the hardest things I had to do, coupled with the uncertainty of not knowing when I would see my husband again,” she said.

On board with her that evening was Rommel Gabonada, an officemate who had walked in the heat of the noonday sun for three hours with his wife and eight-year-old child, while encountering, in his words, “a group of people who were almost zombie-like.”

That evening, the ferry was unable to sail because of the debris and the number of dead bodies that floated to the surface of the sea.

Plan B was then set into place by their bosses in Cebu, in coordination with the crisis management team in Manila.  The plan called for them to travel by land and take the ferry from Ormoc City to Cebu.

Fortunately, they were able to find safe passage with the help of a friend from a petroleum company, who had a van with enough fuel to travel from Tacloban to Ormoc. And so the seven-hour drive to safety began.

By Tuesday evening, Siosana, Gabonada  and their families were warmly welcomed by three cars filled with colleagues and bosses who immediately took them to a hotel in Cebu. There, to their delight, everything had been prepared—clothes and shoes for everyone (they had lost everything), a milk bottle sterilizer, toys for the children.

For the first time in 72 hours, the two families slept well.

On Friday evening, one week after Yolanda struck, Siosana was finally reunited in Cebu with her husband, who arrived with the rest of Siosana’s family on board a commercial carrier.

Michelle Macabait, her husband Ahmed, and their six-year-old daughter Sam had to flee their newly built home in Tacloban. Yolanda’s fury had all but shattered the glass panels of their home and ripped the roof off.

“We left on a Monday to travel to Baybay, Leyte, using  two vehicles that mercifully still had gasoline,” she narrated.

Meanwhile, Macabait’s only brother had left Manila on board a C-130 to look for her and their mother, who was vacationing in Tacloban at that time.  He had taken a ferry to Ormoc,  managed to get a motorbike to ride to Tacloban.

In Tacloban, he was greeted by the sight of too many people roaming the streets. He decided to leave the bike on the side of the road and walk  to his sister’s house.

By this time, Macabait and her family had just left their village to travel to Baybay. Moving slowly on the road, her husband Ahmed spotted Macabait’s brother walking on the roadside.

What followed was a tearful reunion of brother and sister and their mother, who was  traveling with Macabait.

Tuesday early morning, they all arrived safely in Cebu.

“My husband was not really supposed to be in Tacloban at that time since he is based in Cebu. He was there only to supervise the new management trainee of his company,” Macabait  said.

The collective experience of the medical representatives,  how they were provided for by the people they met, and the swift and decisive move  to pull them out of Tacloban, were proofs that in God’s plan, there are no coincidences, and that wherever you are at any  point  is where you are clearly meant to be.

For this pharmaceutical firm,  no one was to be left behind.