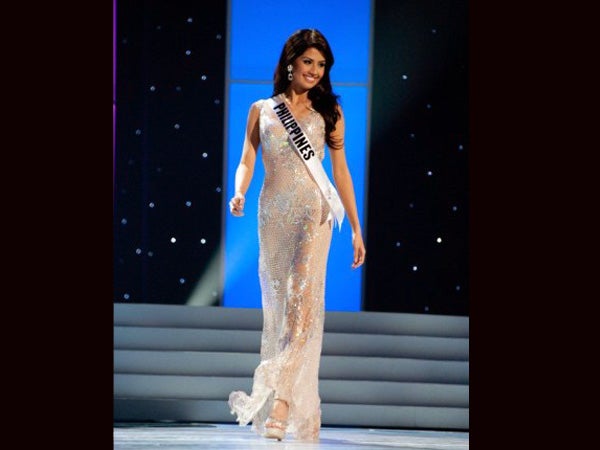 Suspsup was the 7th contestant to be called as she joined Australia, Costa Rica, France, Ukraine, Portugal, Panama, Angola, China and Brazil.

Supsup is ranked second in a vote by fans in the swimsuit competition.