Oh, the kids these days–the problem with the ‘me, me, me’ millennials | Lifestyle.INQ ❮ ❯ 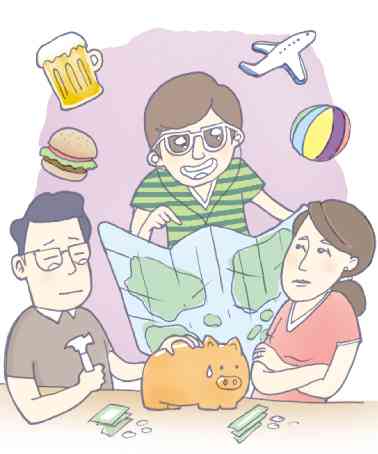 Oh, the kids these days–the problem with the ‘me, me, me’ millennials 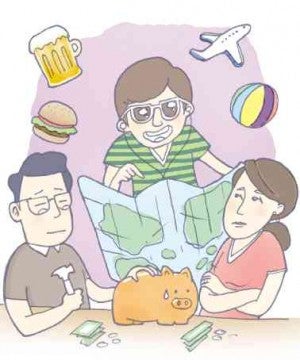 The past, truly, is an alien country; we said and did things differently there. Don’t you sometimes hear yourself think and yearn for that old-fashioned place of certainties?

“I’m, like, excited,” Chloe, the 22-year-old daughter of friends, told me. She graduated this year with a degree in International Studies.  The family has just come back from a two-week summer vacation in the south of France.

“Me and a friend are, like, going on a gap year, to teach English to children,” she said. Where? “Zanzibar. Cool,” she said.

Not much more than three years ago, Chloe and friends went to South America, on another gap year, before going to university. (Why don’t they just call these foreign forays by their proper name—you know, expensive vacations funded by the Bank of Mom and Dad?)

I wonder if they chose exotic Zanzibar simply for its mellifluous-sounding name. I wonder when she and her mates will find proper jobs to subsidize their chillaxed expeditions around the world.

“Change of plans,” my friend said on the phone. “I was looking forward to Vicki’s chicken cacciatore and the new-season ‘Mad Men.’ Let’s meet up at Café Rouge instead. Josh is home with his new girlfriend.” Josh (who has had 10 “serious” girlfriends before the latest inamorata), 27, between jobs, is back living at home with his parents.

What do you say to each other at breakfast, I asked. “Anything; everything!” said my friend. “Sometimes we get their names wrong. We pretend they’re beating each other at video games!”

We had the most amazing summer this year, which gave beautiful young things an excuse to show acres of sunglowed flesh, wearing the teensiest shorts and cropped tops and tees proclaiming, without blushing: “A shaved beaver is a happy beaver.” “No gag reflex.” “F**k you, you f*** f***”  “Will buy drinks for sex.”

How depressing to read the results of a recent survey about aspiration and ambition among young adults, who said they wanted to be famous, rich and sexy. Girls wanted to be models, actresses, wives or girlfriends of famous men or footballers. The boys aspired to be pop stars, famous rappers or David Beckham.

How banal is it that young women’s most desired treats these days are Botox injections and a salon-shave, or vajazzling, of their pubic hair; that their main concerns are body image, their “hotness,” eating disorders; the insidious peer pressure to fit in and conform.

Empty-nest syndrome? What’s that? How quaint! Thanks to an absolute dearth of well-paid and permanent jobs and the vertiginous cost of living and housing, “Peter Pan” children between the ages of 21 and 40 are boomeranging back to the parental home, to recolonize their childhood bedrooms.

A recent study by a finance group on 18-30-year-olds found that they struggle to break free of the emotional and financial hold their parents have on them, but once back home, still expect their moms and dads to do their laundry for them, cook their meals and give them cash to pay for their chief obsessions: themselves, tech gadgets, phone bills, travel and leisure.

“Gone is the stronger economy that surrounded this age group growing up, leaving them with a gap between what they’re earning and what they think they should be earning.

“This gap can lead to feelings of disillusionment and helplessness. If their parents gave them more but expected less of them, it becomes more difficult to do things for themselves,” said psychologist Donna Dawson.

Or that once back at home, these puerile fledglings treat it like a hotel: come and go as they please, raid the fridge and larder, spend inconceivably inordinate amounts of time on their phones, slumped in front of the TV and computer screens, living self-absorbedly on Facebook; Instagram curating and editing their lives. For them, the one thing more horrifying than having something happen is to have nothing happen at all.

These extremely casual arrangements, or hookups, as they are called, involve f**k buddies or “friends with benefits” having no-strings-attached sex with multiple partners.

They’re not into commitment; life’s too difficult these days, they will argue, and who knows what tomorrow will bring? A generation that grew up post-9/11, wars in dusty Middle Eastern countries, the global financial meltdown and the disappearance of jobs, they’ll say, “Who knows that we’ll still be here?”

“We’re a ‘Yes’ generation,” wrote fresh graduate Lucy Holden in The Times Magazine. “Do you want to go out drinking? Yes, I don’t want to be left out. Do you want to hook up? Yes, everyone else is doing it. What’s the biggest fear for young people? Not fitting in. We’re horrified by the idea of celibacy, coaxed into a youth of debauchery by the vision of a gray blanket of boredom, smothering us in bed every night of middle age.”

She added: “Maybe we’re a generation strangled by our own independence. Maybe we’ve become fearful of any ties that will make the future harder than we’re told it’s already going to be… Call us selfish, reckless, stupid; blame it on whatever—binge drinking, pop music, MTV.”

Remember love letters, the exquisite pain of waiting for the next exchange of epistles, the pleasure of clutching the beloved’s words to your heart?

These days it’s texts and tweets devoid of romance, sweetness and context. “Are u hot? Got drink. Take you to bed with me. #comeprepared.”

In my day, with quickening pulse and heartbeat, you could fall in love in the course of a slow dance; your heart snaffled from the first “hello.” But you didn’t surrender the family silver with extreme celerity.

Girls were a bit coquettish and a bit piquant, with an alluring shyness that gave way to restrained smoldering. Boys showed valor and gallantry. We had love letters, long-stemmed roses, cinema stubs and other souvenirs, the bric-a-brac of relationships, dating without mating, a great soundtrack to accompany the first shuddering of chaste love.

I’m not having a hissy fit of morality or 19th-century righteousness, but if you tell these old-fashioned tales of courtship to today’s jeunesse dorée, be prepared to be called a Jurassic curiosity, or a hypocrite.

Paddling in the shallower end of intellectual and emotional pools, they’re not generally open to advice, or looking to the past for guidance.

“Something is profoundly wrong with the way we live today: a materialistic, selfish quality to contemporary life, the emptiness of young people’s lives and the dispiriting purposelessness of their world. We have raised generations of citizens completely bereft of common references,” said historian Tony Judt.

We’ve raised really cute kids, mollycoddled them, gave them almost everything they wanted (because arguments are so tiresome) and we prayed they would pass from childhood to adulthood without incident (and with a useful degree or two).

We didn’t want to be worrying and worrisome “helicopter parents,” but we couldn’t help hovering over our children, protecting them from germs, bullies and insecurities; pampering them with cell phones, tablets, fashionable clothes, credit cards, cars.

“Parenting has changed in the past 15 years. Parents want to empower and nurture their kids in a way that wasn’t done by previous generations,” said psychologist Rachel Andrew.

As parents, we have made it far too easy for our children to have and enjoy the spurious enticements of this world. We probably made very poor role models.

We’ve lowered our expectations. Put off or relinquished to others serious discussions with our offspring about having strong emotional scaffolding and robust moral compass, values and virtues, standards of conduct and responsibility, the importance of an interior life not gazed upon by Instagram, Twitter or Facebook.

And here they are—Generation Y (born between the 1980s and 2000s) or millennials—having a period of prolonged adolescence, marked by a pronounced sense of self-entitlement and narcissism; suffering from excessive and unrealistic expectations, and the need for instant gratification; mistrusting of their parents, showing little deference and respect for authority.

If we were of the baby boom generation, our kids belong to the “me, me, me” generation. “Not only do millennials lack the kind of empathy that allows them to feel concerned for others, they also have trouble even intellectually understanding others’ point of view,” wrote Joel Stein in Time. “All that self-esteem leads them to be disappointed when the world refuses to affirm how great they know they are.”

There are, of course, exceptions. While perpetually anxious that they’re missing out on something, and so are glued to their smartphones and tablets, constantly updating their status, likes and dislikes, they’re fearless about trying new things, innovative and mad for new experiences. Who knows but they could be (please, God!) the next Mark Zuckerberg, the Winklevosses, Elon Musk or the Houser brothers?

Thanks to social media, millennials appear to be more culturally aware of other peoples, minority groups, the zeitgeist. Scarcity of years and experience doesn’t always mean a lack of wisdom. They’re only young once, but they’re older every year.

I have friends who describe their children as chums or mates. They’re not; they’re your children and you are their parents. And while today’s relationships between parents and their grownup children are warmer, closer and more open, boundaries still need to be maintained.

Sure, let them fail; failure is verily an excellent teacher. Cut up their credit cards, withdraw their allowances and kick them out of the house. But if the worm is already in the apple, why exacerbate the situation when we can help our children navigate these turbulent years so that they become secure, confident and independent adults?

If we love them, as we do, we leave the light on so they find their way home; they’re in danger of being lost, but within sight of being found. After all, as Goethe once said: “If youth is a disease, it is soon cured.”