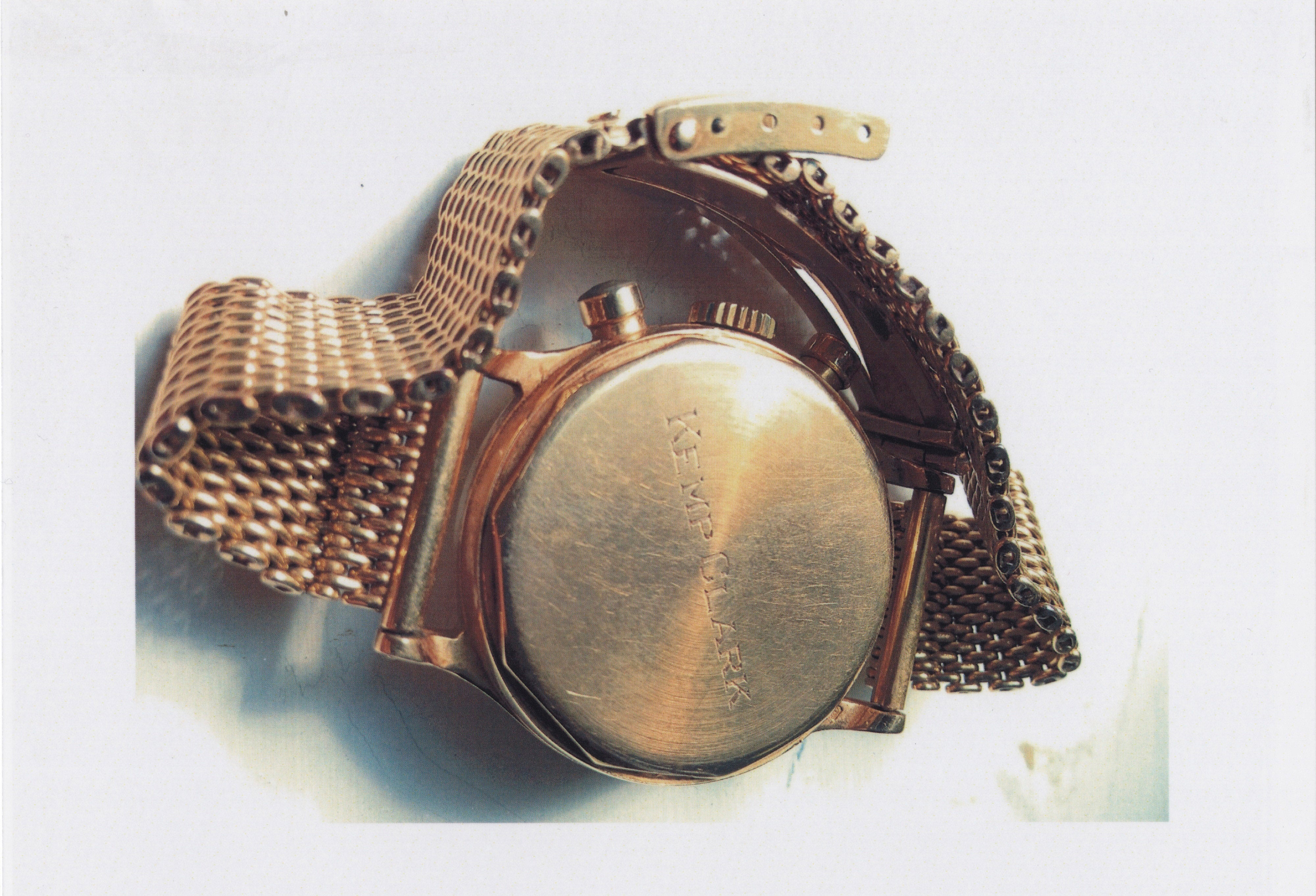 This undated photo provided by Christies shows the wristwatch believed to have been worn by the neurosurgeon who signed John F. Kennedys death certificate. The 18-carat Patek Philippe timepiece is going on the auction block in New York City where it is estimated to bring up to $150,000 at Christies on Dec. 17, 2013. AP

NEW YORK — A wristwatch that is believed to have been used to declare the time of President John F. Kennedy’s death is going on the auction block in New York City.

The 18-carat Patek Philippe timepiece is estimated to bring up to $150,000 at Christie’s on December 17. The stopwatch was made in 1948 and purchased for Dr. Kemp Clark by his mother in Switzerland a year later for $750.

Clark was one of several attending physicians at Parkland Memorial Hospital in Dallas on November 22, 1963, when the president entered the emergency room. He pronounced Kennedy dead at 1 p.m. by referring to the watch, according to his family, and signed the death certificate.

“There is endless debate among historians on the actual time of death and there was most likely also a clock in the ER,” said John Reardon, Christie’s international co-head of watches.

“However, the family and historians agree to these facts: the watch was on his wrist that day and he called the time of death and signed the death certificate.”

The Reference 1463 Patek was the Geneva-based company’s first water-resistant chronograph wristwatch. It is being sold by Clark’s direct descendants and comes with its original red clamshell box, sales receipt and Patek Philippe certificate. The back is engraved with the doctor’s name.

A portion of the proceeds from the auction will be donated to the Red Cross.