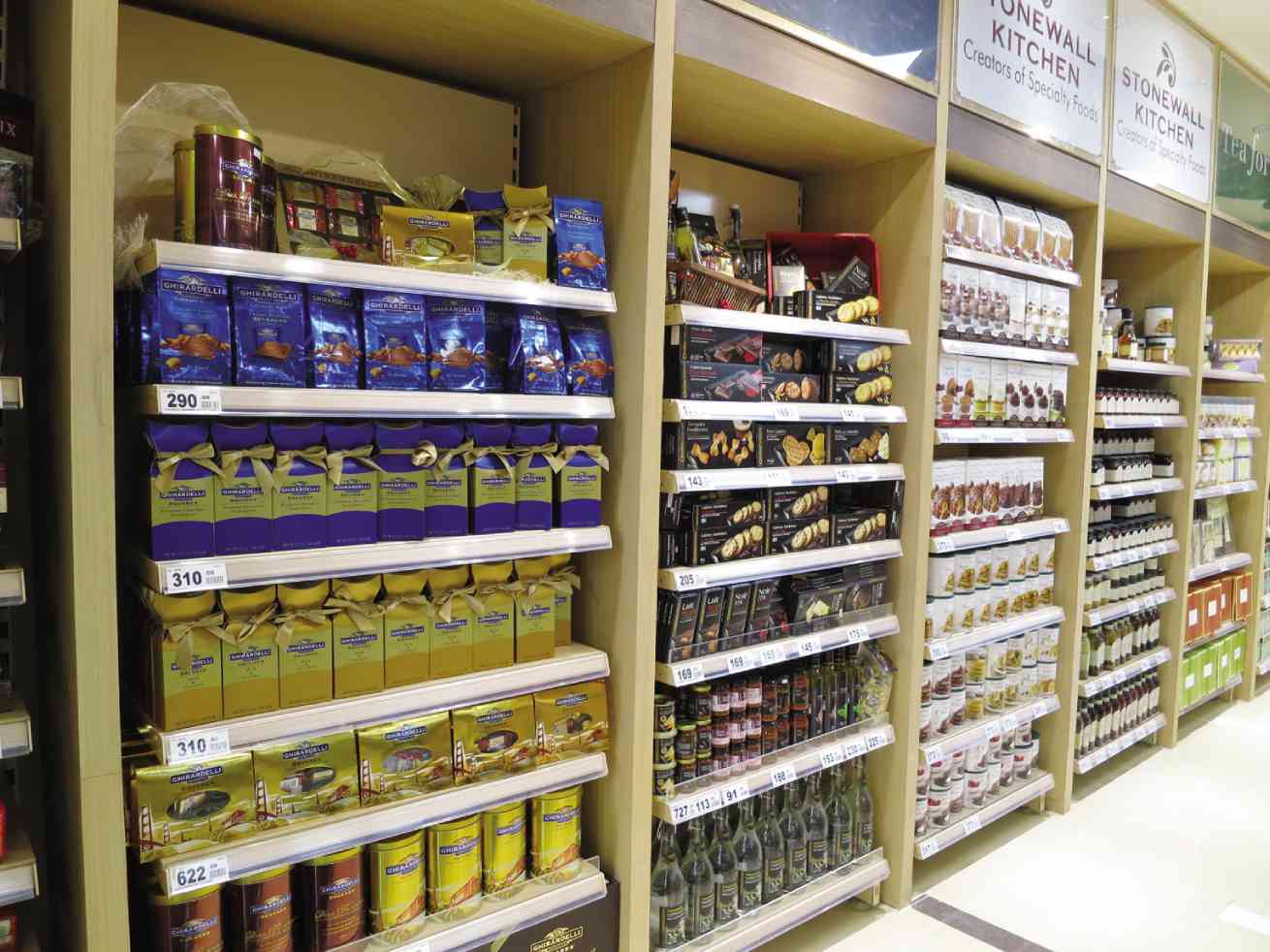 For decades, Rustan’s Department Store has been the purveyor of luxury goods, carrying such brands as Prada, Chanel, Cartier and Tiffany’s.

Whether it’s a dress for a special occasion, home décor to enhance an already stylish living room, or a gift for someone who has everything, Rustan’s Department Store would always be the place to buy them.

Now, its supermarket section is following suit. With the opening of Marketplace in its Rockwell branch, Rustan’s Supermarket has become the place for upscale food, too.

Oysters from France, ham from Spain, potatoes from the United States—all these and more surround the premises of the supermarket. And they all come in eye-catching presentations, making shoppers stop, look and most likely buy.

It’s all part of being “daring,” which was how Rustan’s Supercenters Inc. president Donnie Tantoco described his team during the recent launching of Marketplace.

“We wanted to do something with Rustan’s that would be revolutionary and transformational. Since 2006, we have had this aspiration to build a new kind of store that would bring the quality, the international and specialized products, the service and pleasurable shopping for food that Rustan’s is known for, to a whole new level. We wanted to do something aligned with the lifestyles of our customers,” he said.

While the Tantocos were envisioning an even more upscale supermarket, the Dairy Farm Group, on the other hand, had been admiring the family for years.

The partnership between the two companies, therefore, seemed a natural, and the result is a supermarket within a supermarket that’s dedicated to gourmet shopping.

At the spuds bar, potatoes shipped from American farms can be baked to order—and can be topped with anything from sour cream and chives to Monterey Jack cheese to chili beef and beans. Beside it, the pasta bar offers various shapes and sizes of pasta ready to be cooked and mixed with any of the numerous sauces, from Bolognese and pesto to marinara and carbonara.

The deli bar has cold cuts and hams, including jamon Iberico de Bellota, which come from pigs that had been fed only herbs and acorns in the ecologically balanced Extremadura region

of Spain. The hams are sold by the gram, so one need not shell out a month’s salary for a whole leg of jamon Iberico.

Cheeses from all over the world are displayed in glass cases in an orderly gradation of soft to medium to hard, from young to aged, from natural to cured.

Not to be outdone, the seafood section boasts fish so fresh they’re still in the act of swimming. Blue marlin and tanigue, whole lapu-lapu and maya-maya, as well as fillets of salmon and tuna can turn any carnivore into an instant seafood aficionado.

The Fine de Claire oysters, flown in from France, have a sweet, briny taste. Beside them, huge scallops with pleated shells are spread out like miniature fans, while hovering close by are trays of sushi, with assorted combinations of hamachi, tuna, salmon and uni.

In the produce section, a kingdom of mushrooms reigns supreme: white buttons, Swiss browns, Portobello, enoki, brown buttons, king oysters and Korean bunashimeji, picked from both local and overseas farms. While in the past, the supermarket had a hard time sourcing them, now with the support of the Dairy Farm Group the supplies have become more consistent, said food services director Bon Torres.

The fresh fruits section, meantime, is like an international orchard of seasonal fruits, with strawberries from New Zealand, grapes from the US, and cherries, plums and grapefruits from other parts of the world.

For meat lovers, there are Wagyu steaks, Australian beef and certified Angus beef, with cuts that include rib eye, porterhouse and strip loin. The steaks are sold not just by the kilo but also in individual vacuum packs, which make them convenient for couples and solitary dwellers.

Also in the display case are sticks of shish kebab, neatly threaded chunks of beef and vegetables ready to be grilled. On the other hand, those who’d rather not cook can opt for the roasted chicken and sausages. There’s also a carving station on weekends apportioning juicy slices of roast beef or roast turkey.

The dairy and condiment sections, likewise, have goods not often found in other supermarkets: Greek yogurt, Bulla pure cream from Australia, and the award-winning Stonewall Kitchen’s cake mixes, fruit preserves and jams.

“Brands exclusive to us such as Waitrose (from Britain) and Casino (from France) already have their following,” said Frances Yu, vice president for Rustan’s Supercenters Inc.

In addition, customers fixated on cookie butter will be glad to know that now there’s no need to search all over town for their favorite spread. Marketplace has found the same supplier as Trader Joe’s, through which it now imports its own jars of cookie butter.

Indeed, Marketplace has opened new possibilities for home cooks, for chefs as well as for those who want a gourmet meal without having to prepare it themselves.

I myself am already hooked. Last night, not feeling up to cooking, I went to Marketplace and bought two trays of neatly arranged sushi, udon noodles from the Japanese food section and some fruits. Since the sushi was ready to eat, all I had to do was cook the udon noodles, using the easy recipe in my “Eat Rich Quick” e-cookbook.

With the fruits for dessert, I had a delicious dinner ready in 15 minutes.