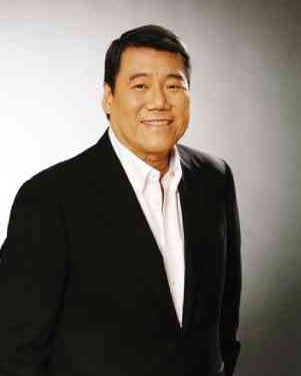 Canceling and postponing events are nothing new to Irene Martel Francisco, publisher and managing director of Philippine Tatler magazine.

As scenes of death and destruction continued to flash on TV days after Supertyphoon “Yolanda” wreaked havoc in the Visayas, Francisco, several retailers and lifestyle-related companies started postponing or canceling long-planned events.

“It was Nov. 9, the day after Yolanda and a week before the Philippine Tatler Ball, and Mia (Borromeo) and I, with two staff members and several suppliers, were at home working on the ball’s seating arrangements,” said Francisco, prime mover of the annual high-society event.

Like most people in Metro Manila, Francisco was initially unaware of how extensive the damage was. But soon enough, she and her team learned that Yolanda had been no ordinary storm.

“News on TV was showing terrible destruction. Then the government declared a state of calamity. Right there and then, we knew that the best and most appropriate thing to do was to cancel the ball set for Nov. 16,” she said.

What took Francisco and her team six months to plan would be moved to either March or April 2014, also at the Makati Shangri-La’s Rizal Ballroom.

“It was difficult to cancel and inform all suppliers, sponsors and guests, but we had to do it,” she said.

Francisco, Borromeo and Anton San Diego, Philippine Tatler’s editor in chief, spent most of the week, starting Nov. 11, to call, text and e-mail 430 people in their confirmed guest list to inform them of the postponement.

Makati Shangri-La and a number of suppliers supported the decision. Since it was a postponement and not a cancellation, the hotel waived penalty charges. But certain suppliers, especially the management team tasked to help Francisco plan the event, had been paid in full.

“The cancellation happened barely a week before the actual event,” said Francisco. “Many of the suppliers were already paid in full.”

For Francisco, it was again an “Ondoy” moment. She went through this  in September 2009 when huge sections of Metro Manila came under water.

“It was the Philippine Tatler Ball’s ninth edition,” she said. “But because of Ondoy, we had to move the ball six weeks from its original date.”

Instead, the high-society glossy, with Habitat for Humanity Philippines, is  doing a fundraising campaign for victims of Yolanda.

“Habitat has a ‘Rebuild Program’ which will help Yolanda victims in the short and long term,” Francisco said. “We’ve so far gathered more than P2,500,000 from Philippine Tatler and other generous donors. We trust that more friends would send funds for Habitat.”

Several companies have also announced the cancellation of their Christmas parties and other high-profile events. Instead of spending on these lavish affairs, they’ve decided to donate the money to typhoon victims.

Also dubbed as the “Global Art of Mixing,” the Hennessy Artistry Halo is an annual event that gathers various genres of music. It was set

“There were already 2,500 confirmed guests,” said Azarcon. “Since we still had a week to go, I expected the number to increase. If we base it on last year’s turnout, we expected 3,000 guests to show up.”

Azarcon and her team had already allotted 950 bottles of Hennessy Very Special to be served before and during the party. Moët Hennessy has moved the party to Jan. 24, also at NBC Tent. It had also allotted 190 bottles of Moët & Chandon for the postponed Philippine Tatler Ball.

“Moët Hennessy Asia Pacific will coordinate with the Philippine Red Cross for donations to help the organization in  disaster management services and relief operations,” she said.

Rustan’s Group of Companies (RGOC), including Stores Specialists, Inc. (SSI), one of the country’s biggest retailers, also had to pull back on its holiday promotions.

Rustan’s has moved the press and consumer launch of Carrera Y Carrera, a fine jewelry brand, from Nov. 26 to February next year.

A private dinner promoting Piaget, another fine jewelry brand, to a select group of customers on Dec. 5 has also been moved to next year. The company has also postponed a consumer workshop featuring Swarovski products.

“The Rustan Group has been able to raise a significant amount for Typhoon Yolanda relief operations with the help of its international business partners and employees,” said Anton Huang, EVP of Stores Specialists, Inc. and Rustan Commercial Corp., in an e-mailed statement.

“These funds have been allocated to various accredited organizations, including Philippine Red Cross, Save the Children, Unicef and World Food Program.”

The group has also undertaken a massive repacking of relief goods, which was deployed to affected areas with the help of Philippine Red Cross and ABS-CBN Sagip Kapamilya.

Malu Francisco, SSI’s marketing and communications manager, also sent an e-mail listing SSI events set for November and December that have been  postponed.

Apart from canceling its Christmas party and donating the money instead to typhoon victims, Suyen Corp., the company behind Bench, Human, Dimensione and Kashieca, has

Golden ABC, Inc., the company behind such brands as Penshoppe, Oxygen, ForMe, Memo and Tyler, is working with partners such as Gawad Kalinga, Habitat for Humanity Philippines, Simbahang Lingkod Bayan and Cebu-based LH Foundation to provide relief and assistance to affected families. It has also decided to cancel its Christmas party.

Part of the November revenue from all Tyler boutiques, including its flagship store at Shangri-La Mall designed by Kenneth Cobonpue, will be donated to rehabilitate disaster-stricken areas in Northern Cebu.

“Through the concerted efforts of LH Paragon Group of Companies, 40 tons of relief goods have already been delivered along with three generators, which powered the water supply system in Medellin, Cebu, and surrounding barangays,” wrote Pat Magbanua, Golden ABC’s external affairs manager, in an e-mail.

Get Up, the company’s corporate social responsibility arm, is  working with Gawad Kalinga by providing funds to restore the houses of 5,000 families, whose roofs have been blown off, in Northern Cebu in time for Christmas.

The US-based Save the Children Foundation is also using Golden ABC’s head compound in Cebu’s Oakridge Business Park as a logistics hub and central command center in its relief operations in Tacloban, Ormoc, and other parts of Leyte, Samar and Cebu.

“Golden ABC employees were also able to raise half a million pesos for those affected by the typhoon, while the company has also addressed the needs of its own 120 employees by providing relocation services, work accommodation, housing and financial support,” said Magbanua.